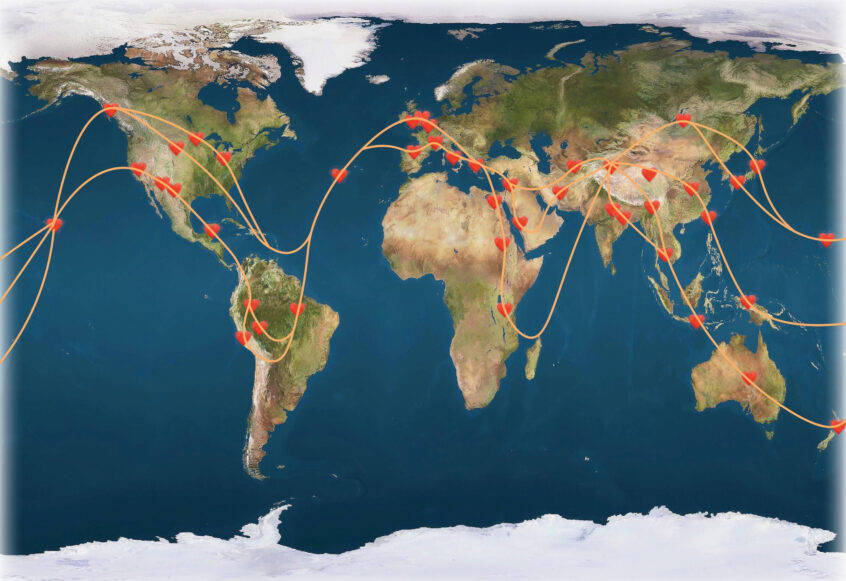 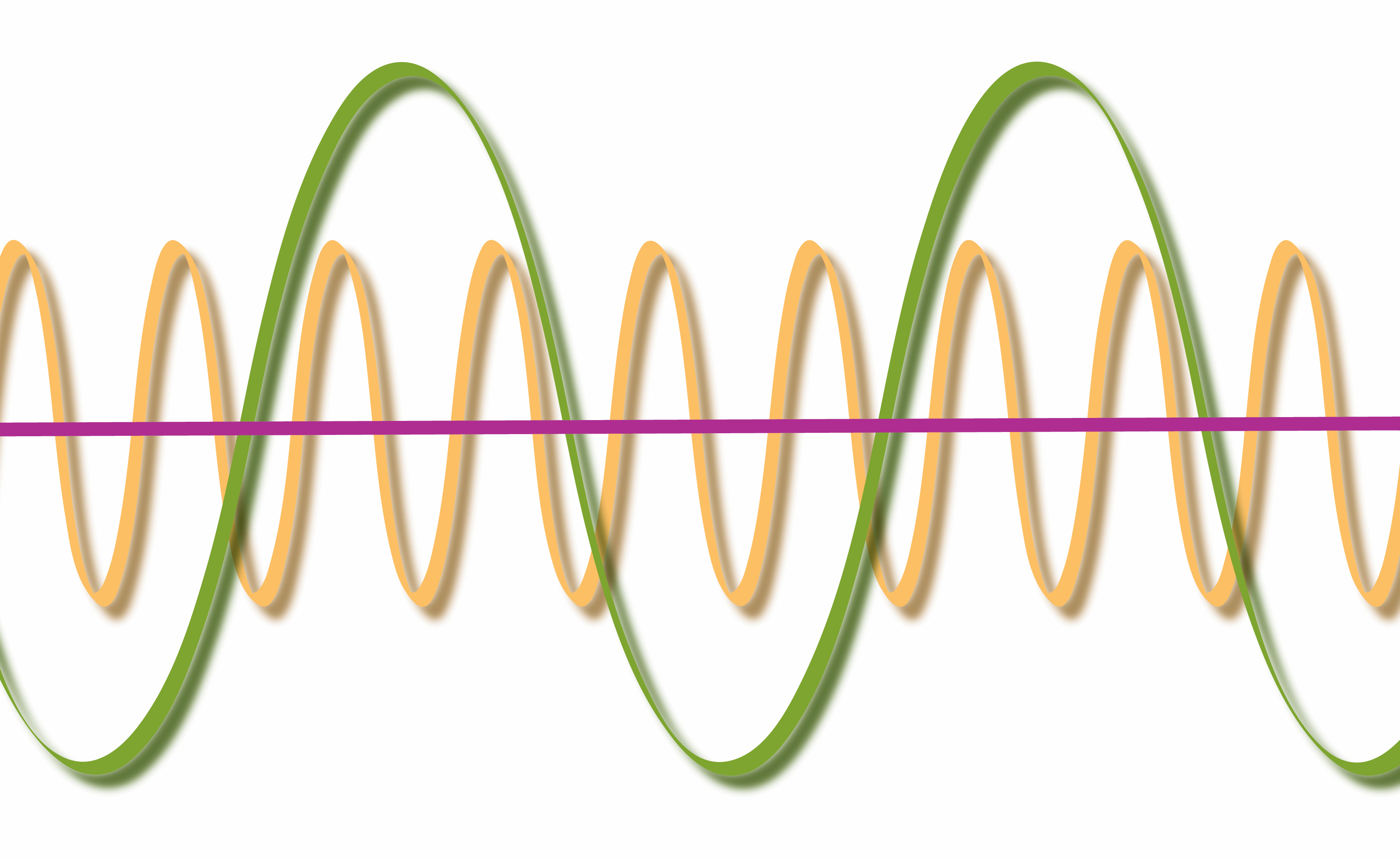 This is a love song to the earth
You’re no ordinary world
A diamond in the universe
Heaven’s poetry to us,,,,

~ Paul McCartney and others

What initially appeared to be the random 44 sacred homes spread around the earth turns out to be a sine wave. Sine = sound = song. The angels offered this clue through their precious singing in my dream.

This sine-wave-song for Mother Earth has three peaks in Canada, Great Britain, and Siberia. It also has three valleys in Peru, Tanzania, and New Zealand. And, it has three places where the lines intersect. They represent the midpoint in Hawaii, Greece, and Ladakh (India).

The song begins on the left side of the map because that’s how we have drawn flat wall maps since the 1500s. In truth, the song doesn’t have a beginning. If we viewed it on a globe we would see that we can begin anywhere. Alternatively, if we went beyond convention and flipped the map, up might become down and left might become right. In that case, being Westerners who read left to right, we might begin in New Zealand with this song. But for now, staying with convention, this song begins in Hawaii.

The song wave leaves Hawaii in unison and breaks into harmonies over North America and then over South America. It comes back into unison over the Atlantic Ocean. From there, it breaks into two-part harmony over Europe. In Greece, the waves cross. One proceeds into the Middle East while the other goes to Africa. The wave entering the Middle East adds a so-needed beautiful third harmony. The three waves – two in the Middle East and one from Africa – intersect in Ladakh, India. From there, one wave goes north to Lake Baikal, Siberia. Another goes through Tibet, China, and Thailand. The third goes through India. At that point the three separate waves come into perfect harmony as they make their way through Oceania via Australia, New Zealand, and The Marshall Islands. Then they converge again in Hawaii.

Once when I was telling this part of the story, someone asked me how I knew that this was the ‘right’ interpretation of the connections between the 44 sacred homes. My answer is that I don’t know. I just trust it because it’s what I received. I didn’t even know what a sine wave was at that time. And, with that, I’m ‘acting as if’.

To quote from Going Beyond the Dome in March: “Sometimes my thinking-mind wonders if what I am experiencing is real. In those times the thing to do is to ‘act as if’ it’s real – just to see what happens. And there have been times when ‘acting as if’ brings me a new experience that leads to believing. Not only is it more fun but it also introduces more depth, profundity, and satisfaction into my life.”