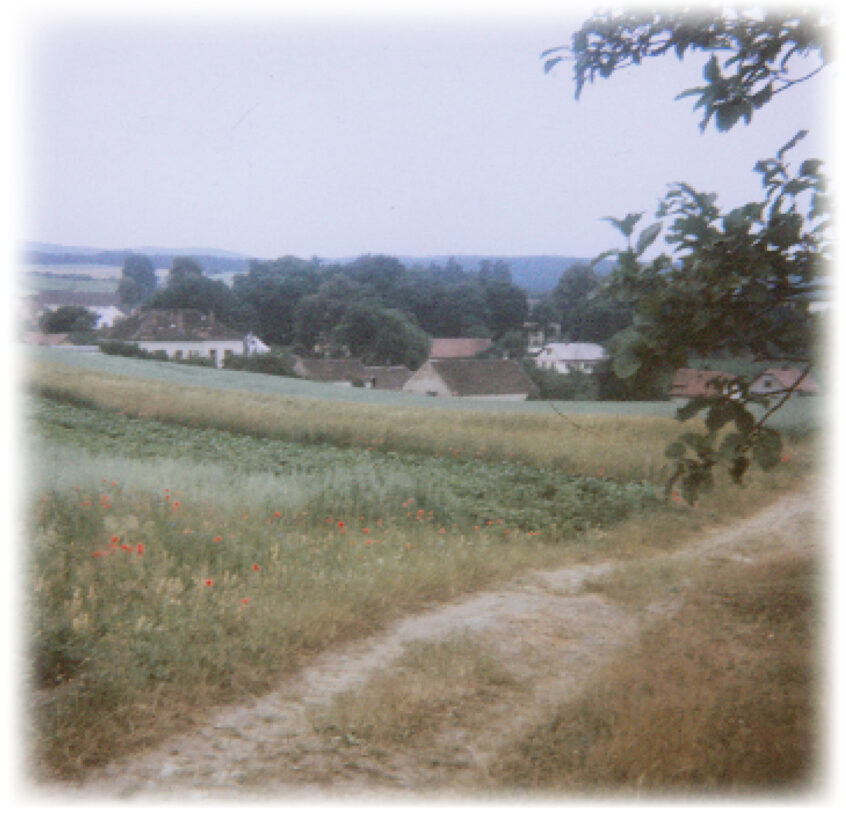 I learned, during my first travel outside of the US on a scholarship for a summer of independent study after my junior year in college, that while I could (continue to) spend a lot of time writing, it seemed like a squandering of precious time that I could use for exploring, discovering, learning, experiencing.
.
So I developed new ways to remember. One was through writing just a couple of keywords in my diary. A second way was through photos. And, of course, through writing letters and postcards – many of which were later returned to me. All have served as triggers for my memory.
.
In the case of this story, the photos are quite different from the keywords. Yet, and still, both tend to evoke the whole of the experience. The key words were ‘Tomas’ village and a traveling circus.’ The photos are of rolling hills, Tomas’ mother’s cottage outside the village, and a woman in the forest wearing a babushka and tending her goats. That’s it. Three photos. Film was expensive.
.
I was studying in Czechoslovakia that first summer I traveled outside the US. One weekend Tomas and Maria invited me to go with them to Tomas’ childhood home. We drove very slowly over one lane roads that were centuries old. These tracks wound through the beautiful countryside. It was completely quiet except for the sound of our car.
.
When we arrived, I saw that his mother’s home was a picturesque cottage that looked like something out of a fairytale. Small, stone, old, cozy, dark. No electricity, plumbing, or telephone. The smells were of fresh bread and pastries made for our visit. We cooked on an open fire outside and ate in the garden. Sausages, turnips and cabbage salad. Local pivo (beer).
.
The next day we wandered through the nearby fields and forests. That’s where we encountered the woman tending her goats. I was enchanted! Later that afternoon Tomas mentioned that a traveling circus had just arrived in a nearby village and asked if I would like to go see them perform. Of course I would.
.
Until that weekend, I had a very specific picture in my head of what a circus was from my memories of going to The Shrine Circus as a child: In a huge auditorium. Three rings. Lots of animals, performers, clowns, music and glitter.
.
This circus was something else altogether. It consisted of a few horse-drawn wagons, a tent, and a rickety stage. They were a small troupe of people: men, women, and lots of children. The music came from an accordion that breathed as a man with a hand-rolled cigarette in his mouth labored to play it. And I especially remember one woman. As she did contortions with her aging body all I could see was that her hair was wild, her make-up over-applied, and – most vividly – that her fishnet stockings had a big tear in them.
.
In addition to remembering how many judgments I had about the outer appearances of that living tableau, I also remember enjoying the event – once I let go of what I had thought a ‘circus’ was. At the same time, I remember feeling really sad for the woman who apparently could not afford to buy new stockings. That said a lot to me.
.
Though just a snippet with a lot left unsaid, it still all comes back more than 50 years later from just three old photos and the keywords, ‘Tomas’ village and a traveling circus.’
. 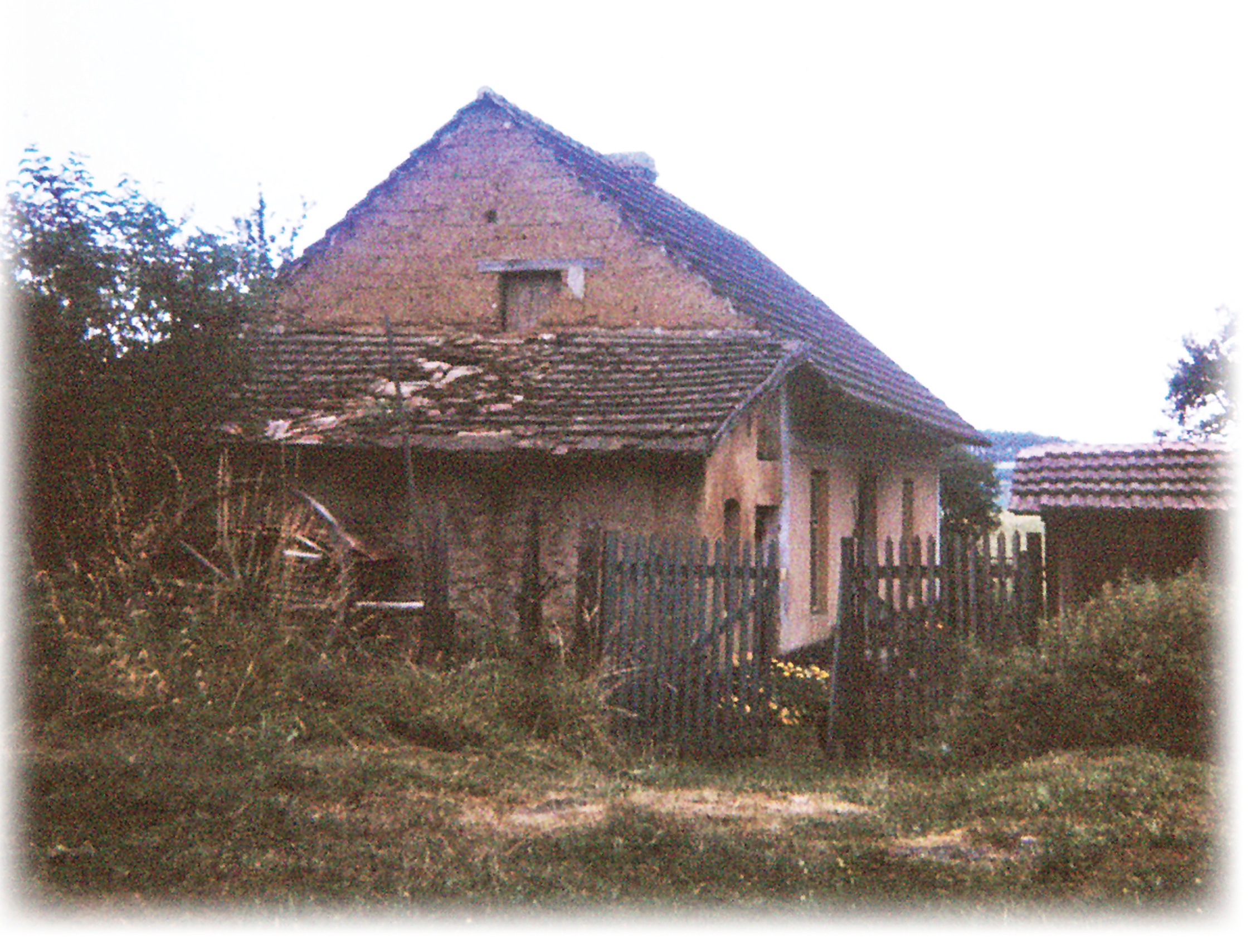 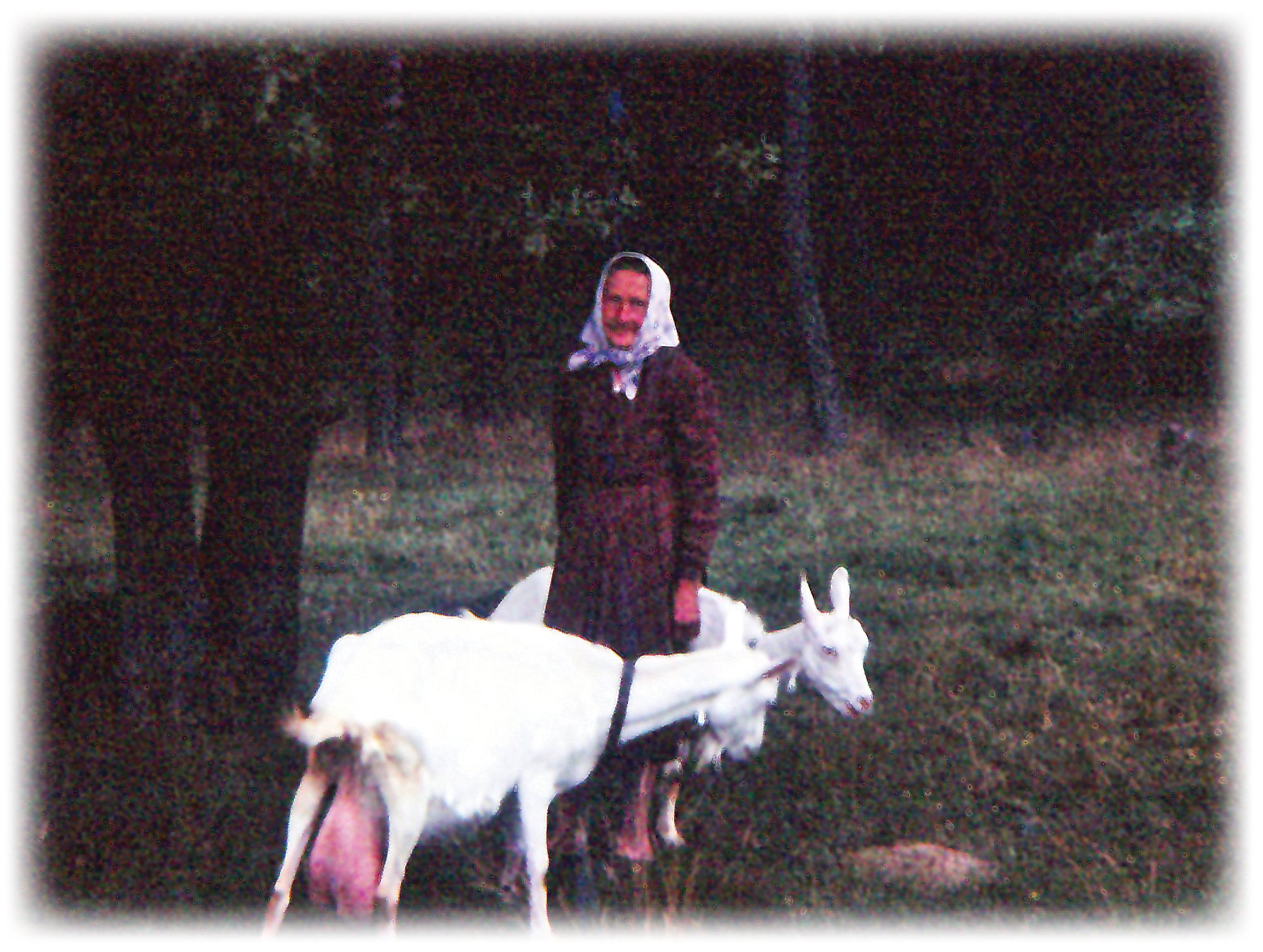 The woman we encountered in the forest tending her goats.
.
..
Photos by Barbara
Czech countryside, 1967.
Scans of 35mm slides.