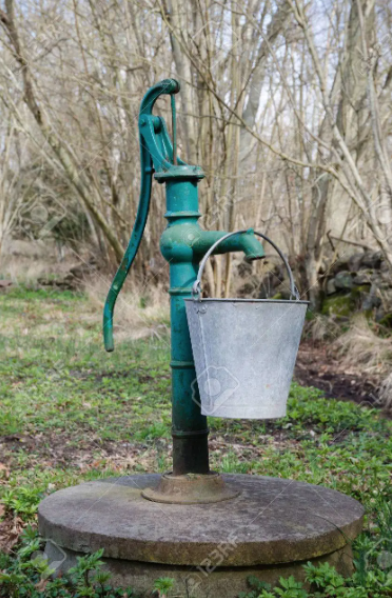 Being a grandmother provides you with an opportunity
to help your grandchild gain a sense of who he or she really is.
~ Deborah Williams and Linda A. Johnson

I remember Dad driving us over miles and miles of dirt road to get to my maternal grandparents’ home near Federal Dam, Minnesota, on the Leech Lake Reservation. They had no electricity or indoor plumbing. And, yes, there actually were Sears catalogues in the outhouse!

Even from a very young age, I noticed the difference in sounds. My family had always had a radio. And from the time I was about six or seven we also had a TV. One or the other – the TV or the radio – was almost always on. There were no such sounds at my grandparents’ home. Rather, the most prominent sound was quiet. It was punctuated with a multitude of bird songs, bees buzzing, cicadas clicking, frogs croaking, the wind whistling through the pines, the dog barking, cats mewing, ourselves and each other talking, sighing, singing, and laughing, a crackle from the fire, and rarely, the horses neighing.

Grandma had a huge cast iron cook stove fueled by wood. She would lift the burners on the stop top with a lever in order to drop the wood into the stove. I remember fried eggs where the bottoms of the whites were very brown and crispy from the heat. I liked them. We had to learn at a very young age what ‘hot’ meant. A burn from touching the stove, like one my little sister got once, could be fierce and serious.

When company came to visit unexpectedly somehow there was always enough. Suitcases came out from under the bed to serve as extra chairs at the table. While company may have seemed unexpected, I actually think drop in loved ones were always expected or anticipated. No phones, you know?

Grandma taught me how to knead bread. I remember – perhaps at about age three – getting really freaked out by the sticky dough that I couldn’t get off my fingers. And, at that time, I was too young and too small to reach the water pail that was on the counter. I cried. Grandma showed me how to use flour to mute the stickiness.

I loved cinnamon-sugar bread. Just homemade bread thickly buttered and then sprinkled with lots of cinnamon and lots of sugar. Yum! And, even more, I loved my cinnamon-sugar pie crust. When Grandma made a wild blueberry or tart apple pie I got to have the parts of the crust that were cut off the rim of the pie pan. Leftovers. I patted them flat, doused them in cinnamon and sugar, put them in a little pan, and we baked them in the oven of the cook stove. Better than wild blueberry pie in my estimation!

Since there was no electricity, Grandma did not have a refrigerator. Instead she had a root cellar under the house where she stored potatoes, cabbage, recently harvested wild rice, and a prepared bounty from the fall’s hunting (like partridge, venison, and ducks), and her home canned vegetables to keep them cool. It was really just a big hole with dirt walls, makeshift shelving, and a homemade ladder. I always found it special to go down there.

There was a pump in the front yard. From the time I was about eight, my job was water. I learned to prime the pump, pump the pail full, haul the water we used for drinking and cooking back to the house, and to check from time to time to see if we needed more. It felt like an important contribution. The pail of water sat on the kitchen counter with a big dipper in it. On winter mornings, we would have to break through the ice that formed on top. The cupboards under the counter had no doors. Rather, they had curtains made from patterned flour sack bags strung on the same springs that were used for the screen door.

Their two-room home was heated by a big pot-belly stove that sat in the center of the big room by the wall adjacent to the kitchen. Both stoves shared the same flue. All of the chairs were focused on the flame in the stove. No TV, of course. Just rocking and talking or rocking and quiet and the warmth of the stove. Grandma’s and Grandpa’s bed and many quilts were in a small makeshift unheated alcove off the big room, separated by a curtain.

Grandma would get up first in the cold of the morning and get the fire going. I would often wake to the sound of the flyswatter hitting the ceiling as she killed flies that had made their way inside the day before and were still too cold to move. An increased number of flies may have been present when I was there – perhaps from me running in and out the day before. I liked the sound of the screen door. It would always squeak-sing as I opened it and then BANG as I let it shut. Squeak-sing, BANG. Squeak-sing, BANG.

I learned a lot of superstitions from Grandma. For example, if your ear itches it means that someone is thinking of you. If you drop a fork it means company is coming. Or if your nose itches it’s a sign of good luck. I sucked my fingers when I was small. Grandpa had two enormous plow horses who were not friendly. To entice me to stop, Grandma told me that if I kept sucking my fingers, the horses would bite them off. Terrifying and intimidating but it worked.

Maybe some of her teachings were more than superstition. For example, she would say, “A storm’s a-comin.” She taught me how to know in two ways: First, her legs ached – which I could not validate at the time but can today – and secondly, the leaves on the trees showed their backs. That I could see. And mysteriously, she was right every time.

Grandma had five ‘children’ who lived near and far. Together, they did a round-robin letter for years. When the plump envelope arrived, there would be six letters in it. One from Grandma, one from my mother, and four more from Mom’s two brothers and two sisters. They would read all of the letters, remove their old one, add a new one, and pass it on. A brilliant way to stay connected before email and zoom. Of course, the process took a lot longer, but so what?

When I was a young adult, my grandfather died and my grandmother moved to a senior home in town. In this case, ‘in town’ meant Grand Rapids, MN, where I was born. It is the largest town around. It was about 45 miles away to the east from their subsistence farm on the reservation. Now she had plumbing and electricity. Small compensation for no Grandpa. I remember them as being happy together.

During my youth I did not realize how very poor they were. There was always enough of everything. And a few years ago, I tried to find the land where that farm was. No luck. The buildings were long gone and all of the dirt roads, fields, and forests looked the same.

I feel very grateful for my experiences with my grandmother. I would guess that she helped instill my life long and deeply intimate love of nature.