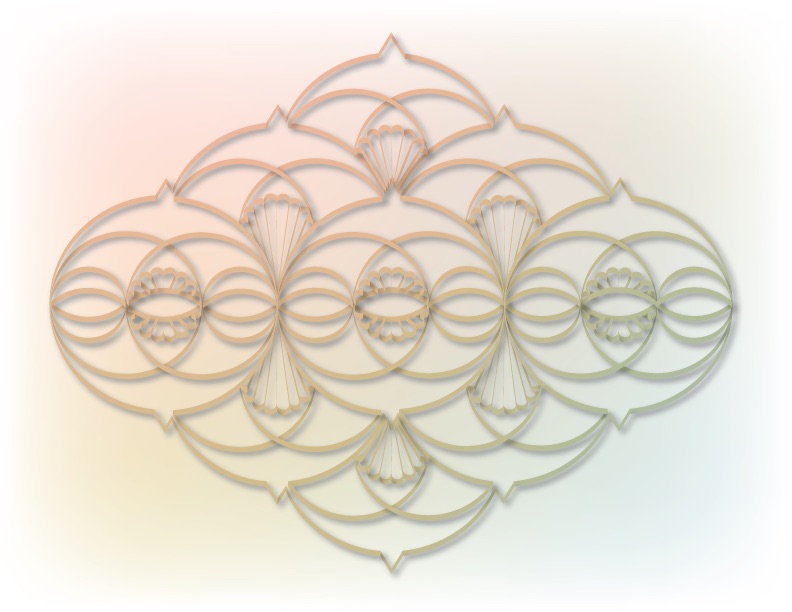 The possession of knowledge does not kill the sense of wonder and mystery.
There is always more mystery.  ~ Anais Nin

I think the foundation of everything in my life is wonder.  ~ Alice Walker

Sometimes crop formations grow overnight – literally. This first one with the swallows developed over two nights. And further down the page is another one with a sextent and glyphs that developed over more than a week.

There’s a lot of speculation about who or what makes the formations and how. My favorite book that explores these questions is called Secrets in the Fields: The Science and Mysticism of Crop Circles by Freddy Silva. Humans? ETs? Sound waves? Light waves? Earth energy? For myself, I am more than okay with the idea that this is an unsolved mystery in our lives. It’s merely more obvious than many mysteries we take for granted – like breathing, for example. My interest lies less in who or what creates them and more in the beauty and perfection of the designs.

When you look at the first of these two formations, notice the size of the people. You can see how large the formation is by how small the people are. They appear as specks. I count at least eight people in the Day 1 image and ten in the Day 2 image. My surprise is at how something this large can be perfectly created in two coordinated parts, both completed in the dark of night. 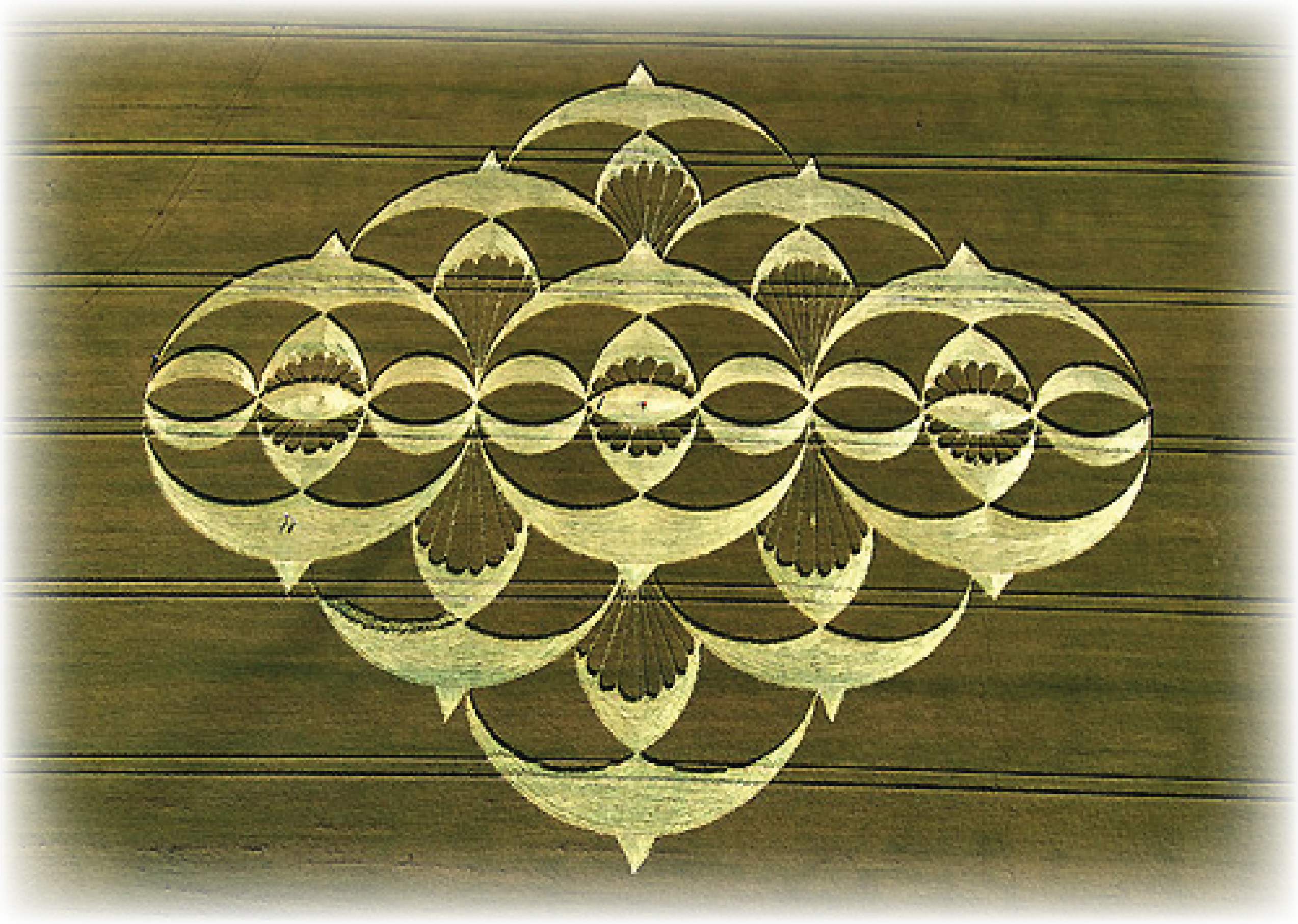 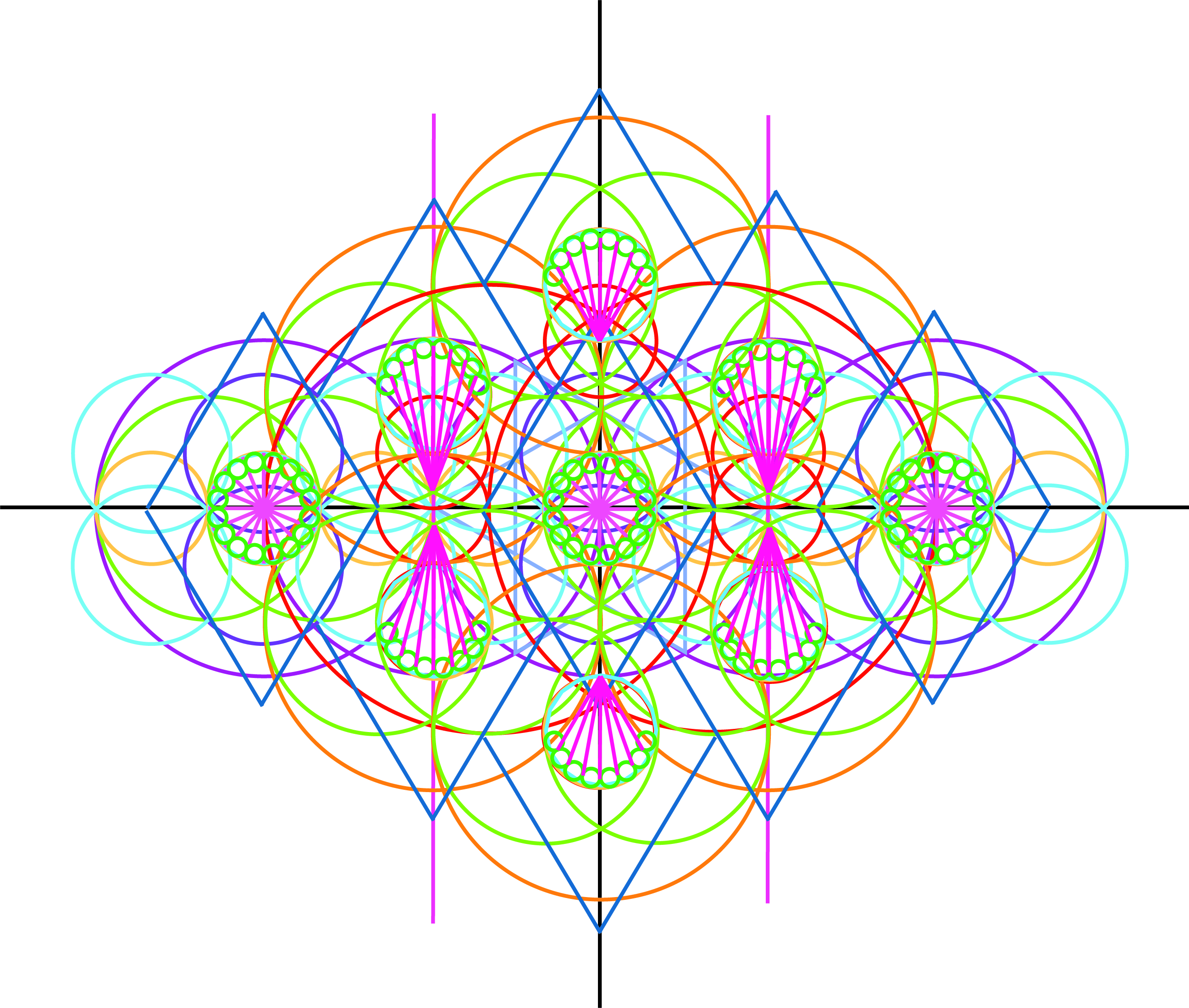 The length of this second formation approaches 1/2 mile! Again, it was perfectly created during three different nights. No glyphs were present on June 29. And they were all present on June 30.

Crop circles and crop formations appear all over the world. The ones I find most breathtaking and inspiring tend to appear in England and, more specifically, in Wiltshire.  That’s where most of the research and interest has been occurring. They often appear adjacent to ancient sites like stone circles, chalk white horses, and barrows (tombs). I wonder…. What, if any, is the relationship between the volume, variety, symbolism, and complexity of the formations and our attention on them? 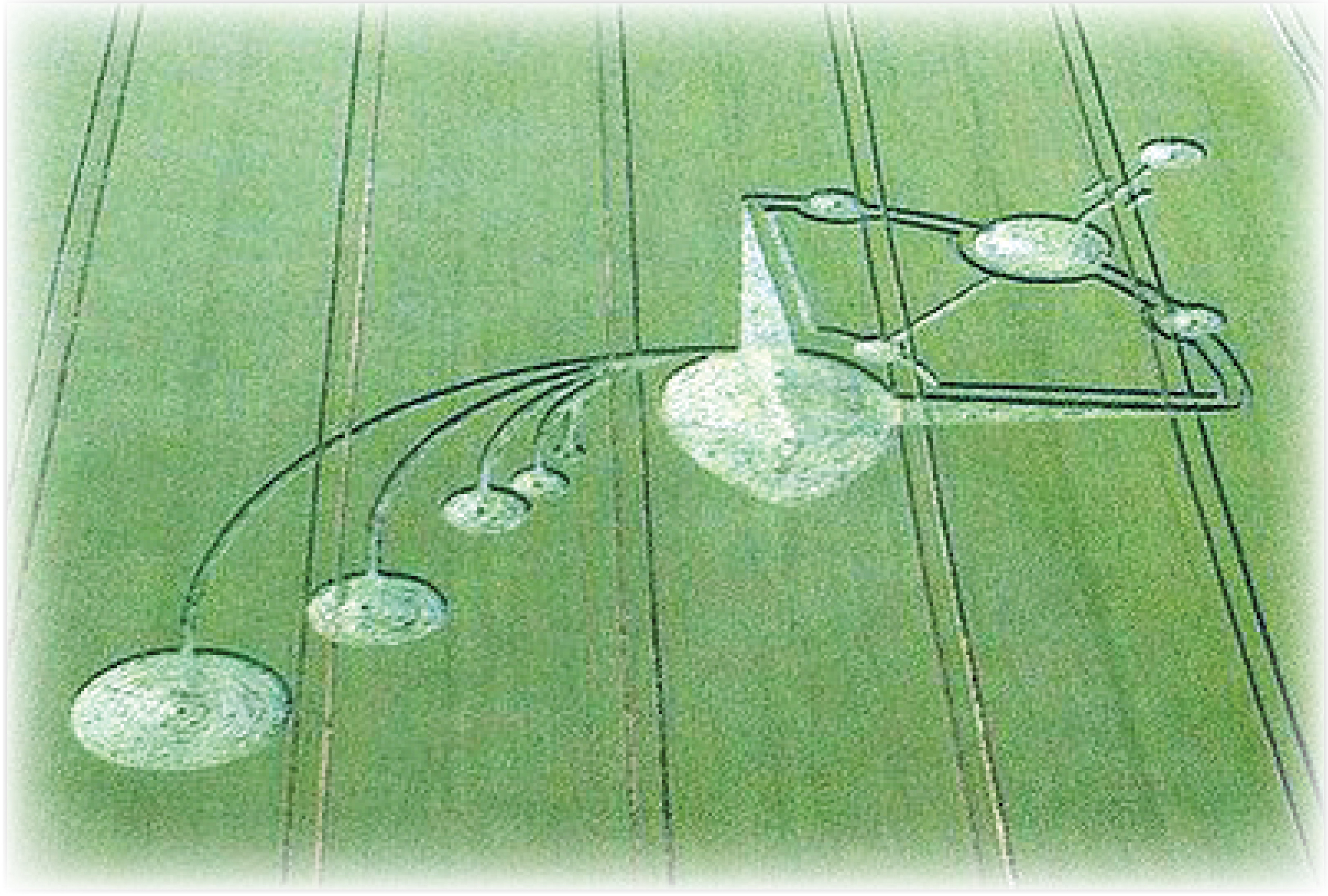 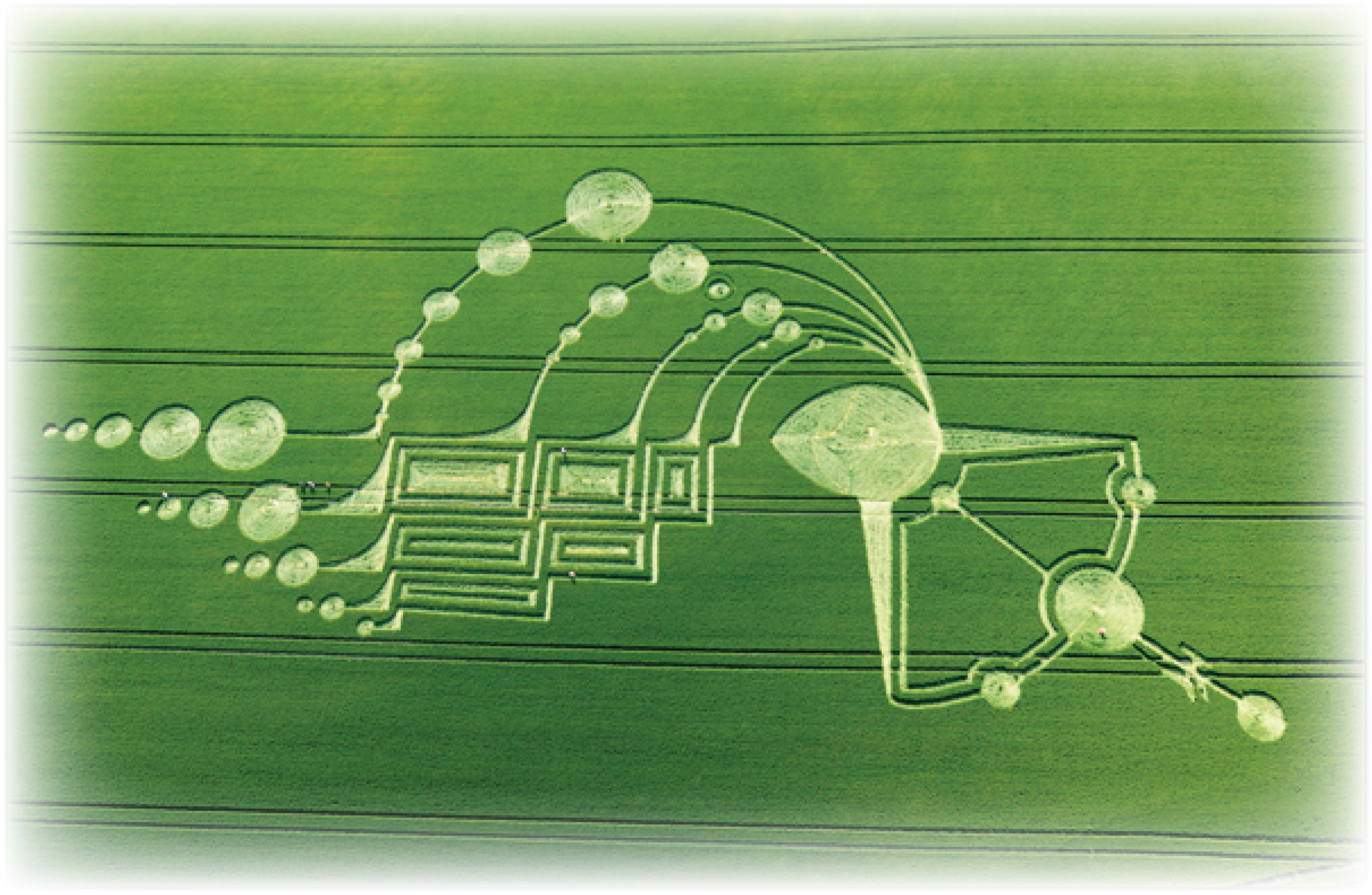