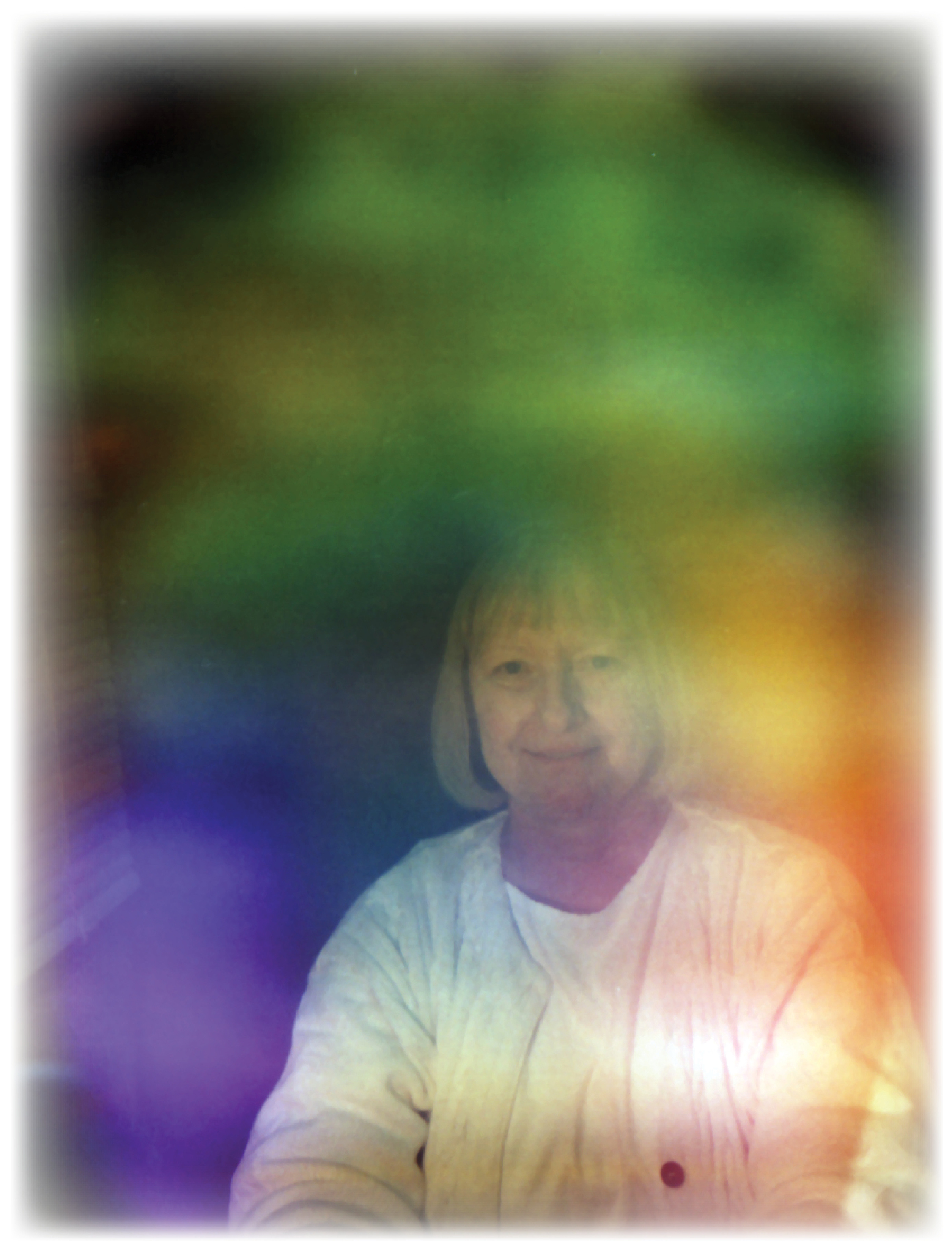 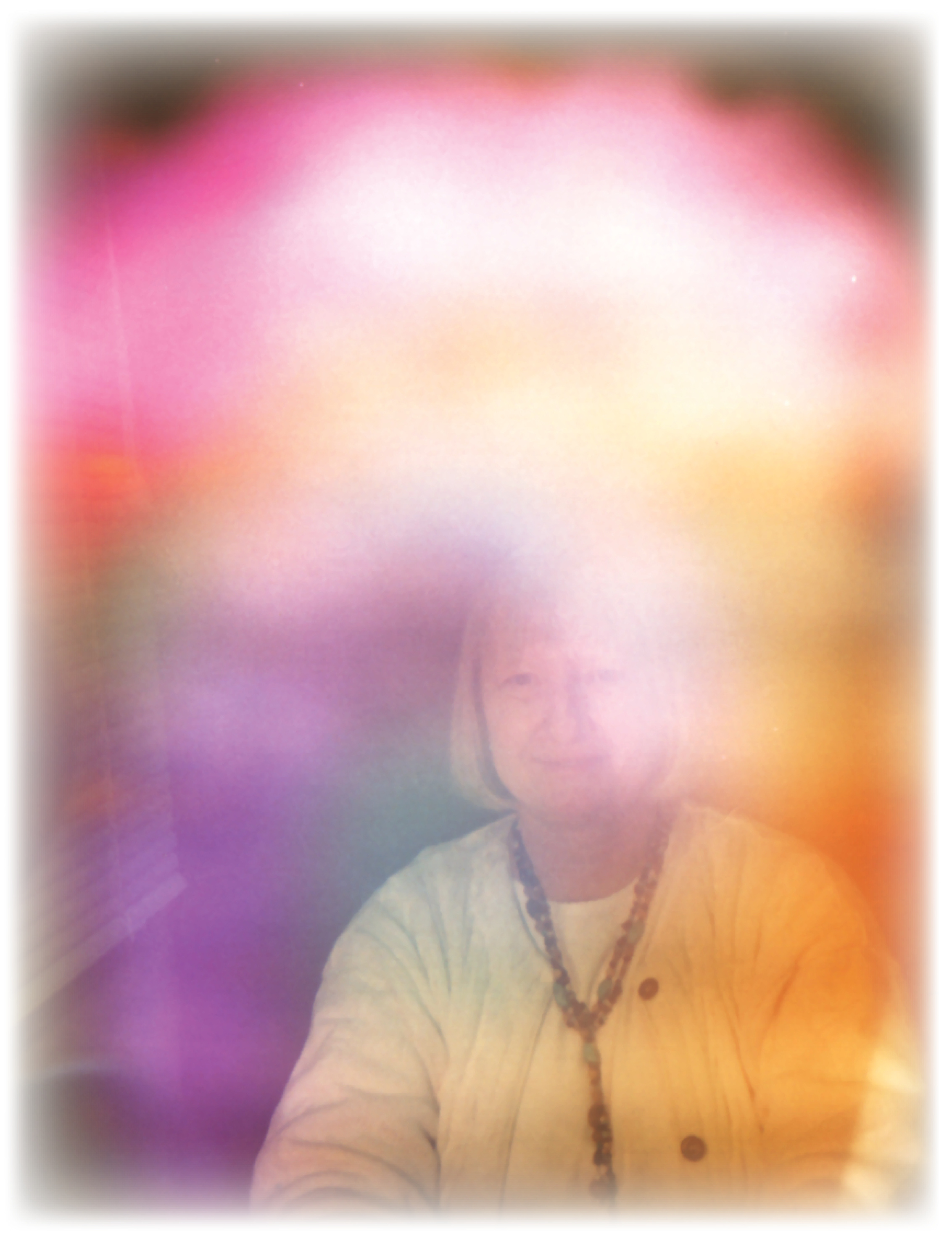 .
I adore wearing gems, but not because they are mine.
You can’t possess radiance, you can only admire it.  ~ Elizabeth Taylor

The upper image above is an aura photo of me without stones as we began that day’s session to capture the energy of the newly emerging Celestial Rays. The lower image is a picture of my aura as I wore the ray of Abundance and Gratitude.

When taking aura photos, there are two metal plates, one for each palm. The camera reads the present moment energy. While it is ‘my’ aura being recorded, I see myself as a receptive conduit for the energy generated by the design of stones. Having now taken many aura photos over the years, I’ve noticed that there are some consistent patterns – no matter what the stones or my mood.

First, the colors of the area above my head change depending on what stones I am wearing or holding. That represents my current experience as I wear different designs – or no design at all. Secondly, what is coming into my experience (on my left) and what I am expressing (on my right) remains the same in all of the aura photos. What is coming in is creativity (orange / 2nd or sacral chakra) and what I am expressing is spirituality (purple / 7th or crown chakra). Third, my guides show themselves consistently as well. One over the left side of my face. Several high above my head. Sometimes they appear to be embracing.

I am told it is very unusual to see a white aura with a magenta surround – unless one is a monk who has been quietly meditating for years. Such an affirmation of working With The Light!

The Celestial Rays are designed as waves in frequencies of visible and invisible light. I understood – though not in a rational way – that their designs, while containing quite similar design attributes, are actually quite different at the level of their frequencies. Each ray contains a different spiraling frequency – rather like they are inside a slinky. Each contains a waving pattern of stones that are smooth and rough, large and small, with order in the large, smooth stones and chaos in the small, rough stones.

As they were emerging, I assumed there would be 11 when the collection was complete. After all, The StoneCircles are all based on that master number: 11 long necklaces, 11 short necklaces, 11 sets of prayer beads, and 11 bracelets for a total of 44 which is another master number. However, when The Celestial Rays were only complete there were 12. How did I come to know there would be 12? And why 12? I didn’t know. What I did know by now was that the number was likely purposeful. And I also knew that if I stayed with the question, an answer would eventually become clear. 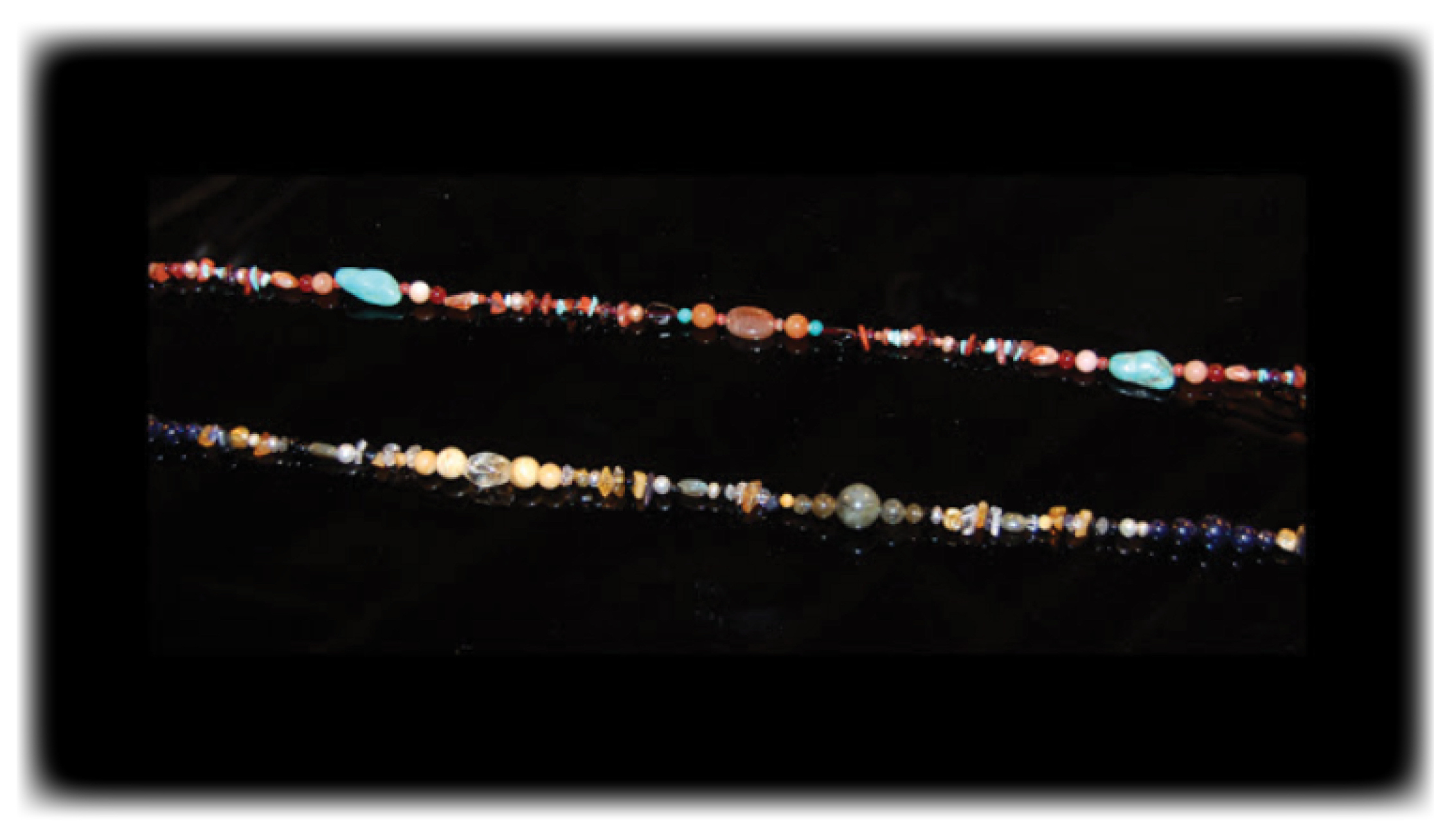 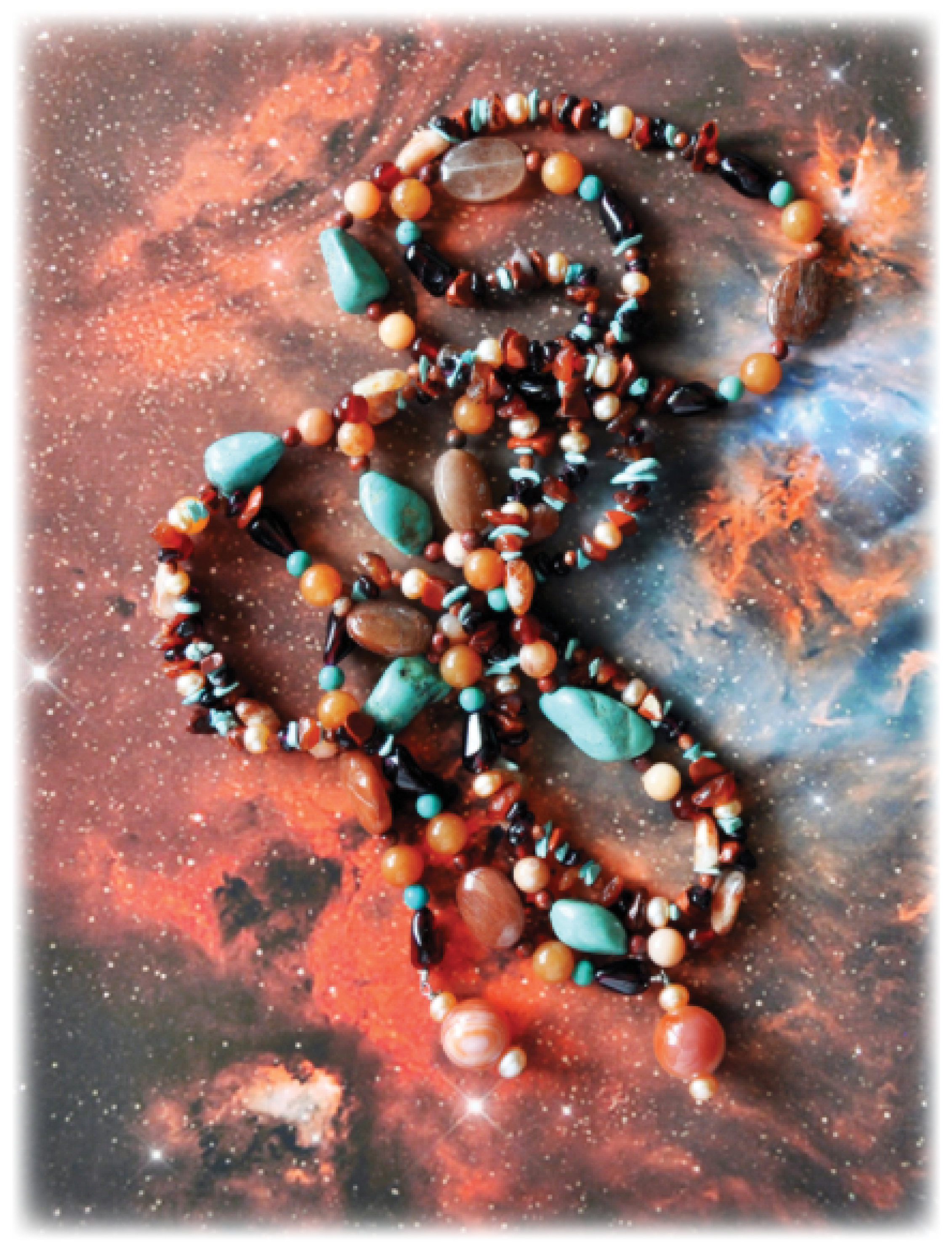 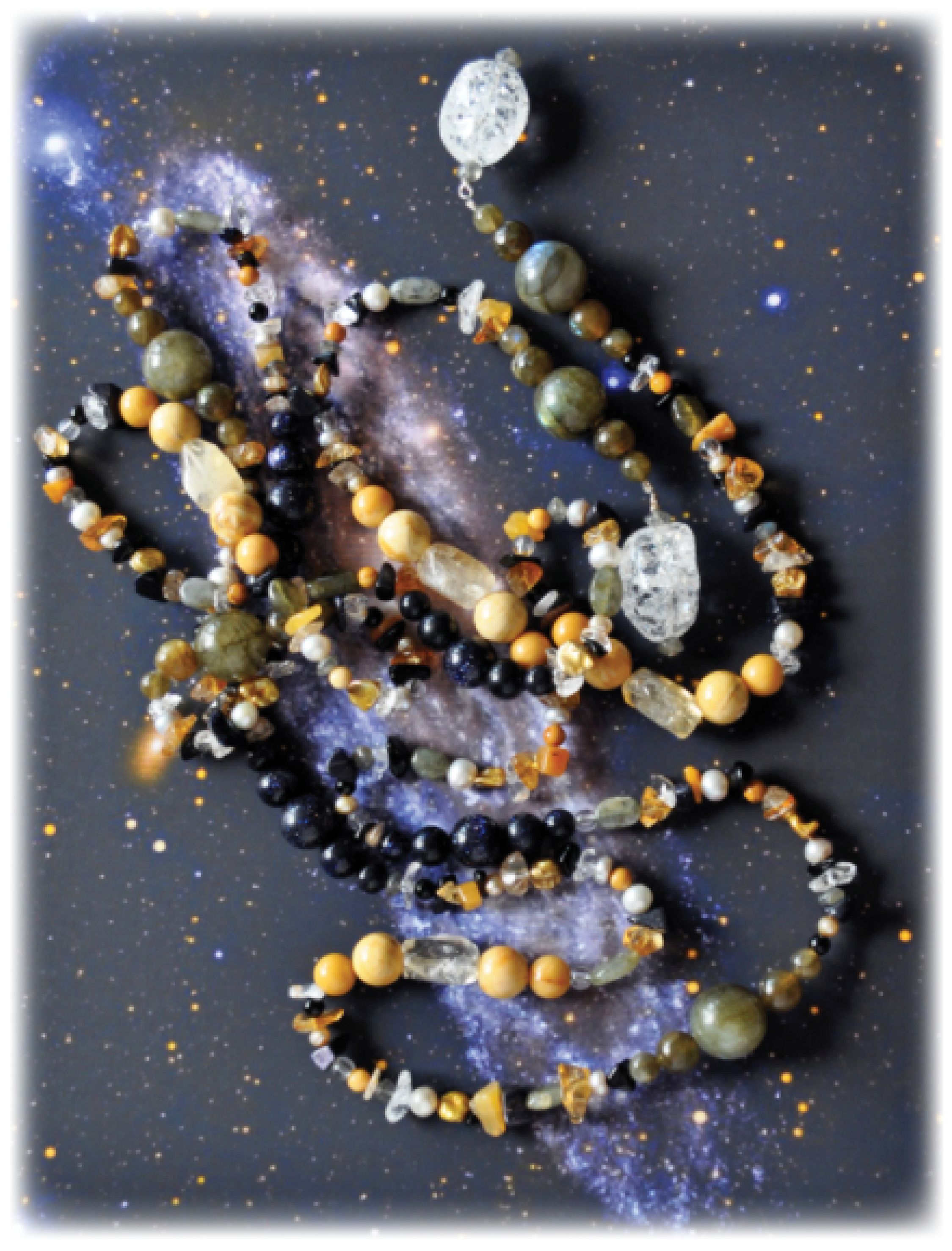 About the photos:
Top two: Aura photos of me
Bottom three: Stones photos by Barbara