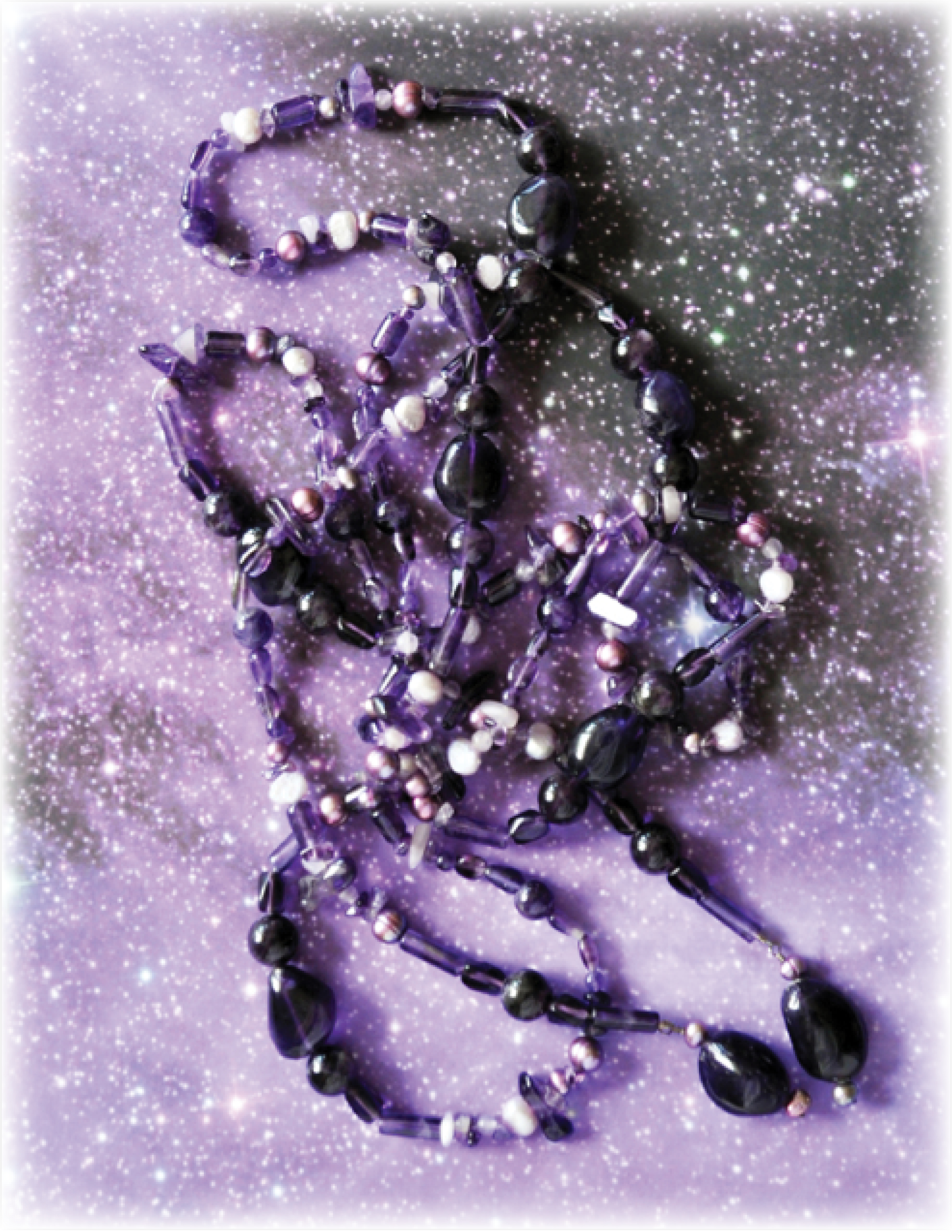 Both quantum physics and spirituality tell us that seeing ourselves as separate from the whole is an illusion; that we are, in reality, one. I understand this intellectually. However, in my daily life, this world of ours, with its joys and sorrows, victories and defeats, adventures and routines – along with its myriad global challenges –  appears to be all too real. And yet, when I don’t have amnesia, my worldview has been flipped by Kirshnamurti who stated (I learned via David Bohm) that rather than consciousness inhabiting each of us individually, we, as aspects of one universal interconnection, inhabit consciousness. That changes everything! As a child spending a lot of time alone with nature, author Alice Walker said, “I was in that state of oneness with creation and it was as if I didn’t exist except as a part of everything.” This was also true for me as a child and it is still true today at times when I am in nature and when I am creating. At those times, I experience myself as being inside something infinitely larger than myself. I’m deeply humbled by receiving the gifts of that reality. In a way, I become a child again in an innocent and timeless place of connection, curiosity,  play, learning, surprise, and wonder. The small, individual drop of water reunites with the vast, embracing ocean.  ~ Barbara Shipka

Spirituality without quantum physics is an incomplete picture of reality. …Broadly speaking, although there are some differences, I think Buddhist philosophy and quantum mechanics can shake hands on their view of the world….  ~ His Holiness, The 14th Dalai Lama

A human being is a part of a whole, called by us a universe, a part limited in time and space. He experiences himself, his thoughts and feelings as something separated from the rest – a kind of optical delusion of his consciousness. This delusion is a kind of prison for us, restricting us to our personal desires and to affection for a few persons nearest to us. Our task must be to free ourselves from this prison by widening our circle of compassion to embrace all living creatures and the whole of nature in its beauty.  ~ Albert Einstein, physicist

I would…call attention to the general problem of fragmentation of human consciousness….there are the widespread and pervasive distinctions between people (race, nation, family, profession, etc., etc.), which are now preventing mankind from working together for the common good, and indeed, even for survival [because of a] kind of thought that treats things as inherently divided, disconnected, and ‘broken up’ into yet smaller constituent parts. Each part is considered to be essentially independent and self-existent….If we think of the totality as constituted of independent fragments, then that is how our minds will tend to operate, but if we can include everything coherently and harmoniously in an overall whole that is undivided, unbroken, and without a border…then our minds will tend to move in a similar way.  ~  David Bohm, physicist

I think the root of minor problems is separation from a belief system of interconnectedness and compassion and oneness, so when we multiply that over and over again, it turns into lies and chaos and terrorism.  ~  Gabrielle Bernstein, teacher and speaker

…We know all the mischief that thought has done in human life, the misery, the confusion, the division between people. “You believe and I don’t believe,” “Your God is not my God” Thought has brought about havoc in the world….When thought is absolutely quiet, then there is a state, or a dimension, in which the immeasurable has its own movement.  ~  J Krishnamurti, philosopher and writer

This Celestial Ray is named Unity and Wholeness. The stones are amethyst and pearl. It emerged in 2004.