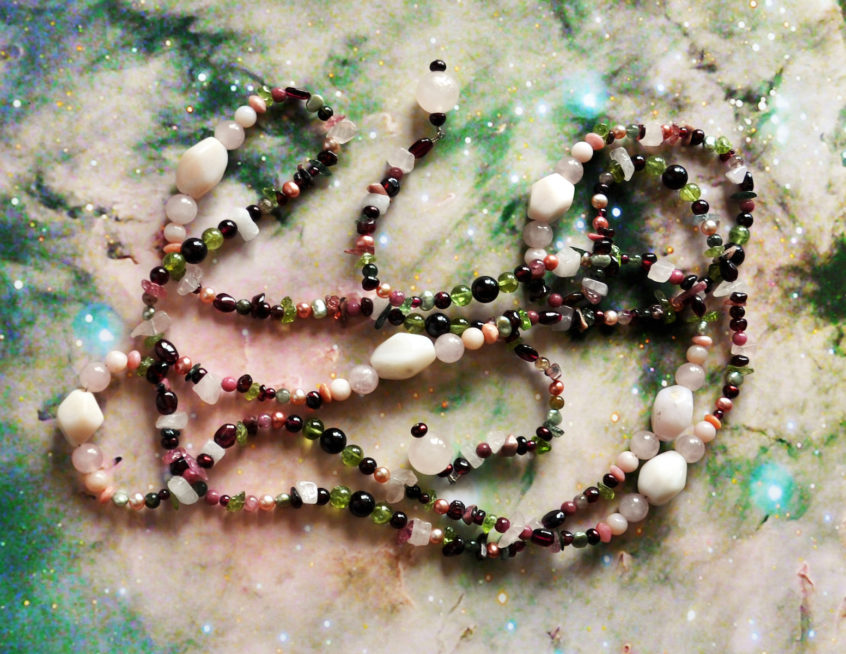 *Epiphany: a sudden, intuitive perception of or insight into the reality or essential meaning of something,
usually initiated by some simple, homely, or commonplace occurrence or experience.

In January 1980 I visited an exhibit that was a stretch beyond the usual. It crossed disciplines, history, experiences, beliefs, and philosophies. It was designed as a process that took me deeper and further with each step forward through room after room that was in the shape of a nautilus shell.  In sacred geometry the geometry of a nautilus is called The Golden Mean. In earthly geometry we can approximate it using the Fibonacci Sequence.

The different parts of the exhibit represented both ‘hard’ and ‘soft’ science. One highlight  was ‘The Composition of the Human Body.’  A glass case contained a large jar of water along with several dishes and vials labeled with the names of minerals and various other elements. Another highlight was a video with Elizabeth Kubler-Ross speaking with – listening to, really – dying children as they talked about life and death. Other presentations included research on expanding consciousness, the vastness of the universe (as far as was known at that time), ESP, and spiritual experiences of astronauts.

After viewing these different presentations, I entered the last room at the center of the exhibit. It had huge colorful and well-lit panels on three walls. One panel was of a tunnel of light with photos of people and quotes from their experiences of having ‘died’ and chosen to come back. The second panel was about past life experiences. The third was about reincarnation. This was all new to me and it was a lot to take in all at one time.

In the center of the room there was a gray holograph that sat at eye level on a gray pedestal. It was of a woman in despair. As I walked around the glass case I could see her expression change. She would cover her face with her hands, run her fingers through her hair, and then she’d look up at the sky with an expression of, “Why me?” I walked around her for a long time.

Imagine! The hologram of gray despair was completely surrounded by three walls of profound light and possibility. In that very moment, I made a life-altering decision: I would do whatever I needed to do to heal my own despair. I would move toward The Light that surrounded me in that room. Thus began my conscious awakening.

That shift opened doors to all kinds of ‘high play’ like astrology, meditation, channeling, crystals, eastern philosophy and spiritual guides, holistic healing, acupuncture, T’ai Chi, Reike, and much more.  As a result, I have learned – and continue to learn – so much in so many ways. Life became – has become – so much more open, surprising, creative, and fun!

This necklace is the first of twelve Celestial Rays, a Grounded Light collection. Its name is Healing and Vitality.