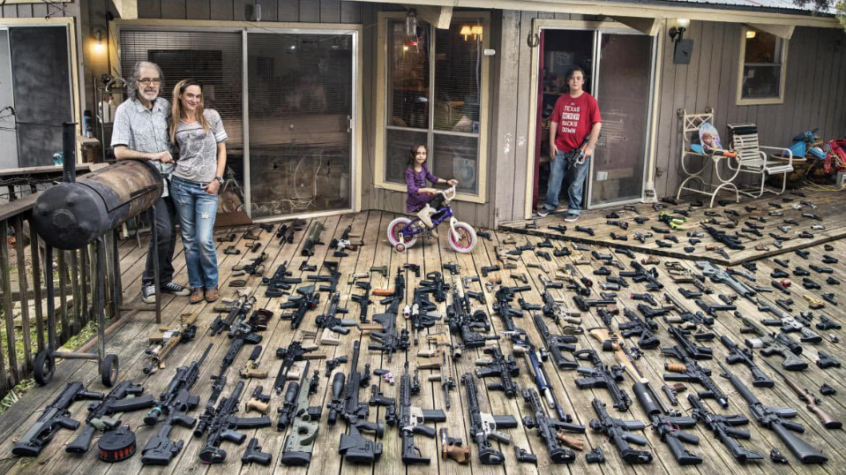 Beneath every behavior there is a feeling. And beneath each feeling is a need
And when we meet that need rather than focus on the behavior, we begin
to deal with the cause rather than the symptom. ~ Ashleigh Warner

A fact is defined as “a thing that is known or proved to be true; the truth about events as opposed to interpretation.” A factoid is defined as “an assumption or speculation that is reported and repeated so often that it becomes accepted as fact.” Following are a few sensational facts and factoids about guns in the US. With how stats can be manipulated and with an issue as laden with fervent beliefs (to quote Jimmy), fears, political preferences, and family and community histories as this one, it can be difficult to tell which is which. It’s also difficult to keep up given how the scene is rapidly evolving.

In my opinion, the conversation in the US about where to go from here regarding mass shootings is basically stalled. I know that a group in the Senate is attempting to address it. However, opposing views about the issue are so entrenched and polarized that I think whatever comes out of the Senate will likely be milquetoast. I pray to be surprised and wrong. Yet, just yesterday, I heard a Senator who is working on the committee looking into this issue being interviewed. He said something like, “Our priority is to get 10 Republican votes on something, anything.” As of Tuesday, June 7 afternoon, those involved are ‘cautiously optimistic’ that a ‘narrow targeted’ action might be reached by the end of this week.

I’m reminded of the ancient parable of the blind men and the elephant. Each blind man touches and experiences a different aspect of the elephant but none of them grasp the nature of the whole elephant. In some versions, the blind men discover their disagreements, suspect the others of not telling the truth, and come to blows. Various versions of the parable differ primarily in how the elephant’s body parts are described, how violent the conflict becomes and how (or if) the conflict among the men and their perspectives is resolved. In some versions, they stop talking, start listening and collaborate to ‘see’ the full elephant. In another, a sighted man enters the parable and describes the entire elephant from various perspectives and the blind men then learn that they were all partially correct and partially wrong. While one’s subjective experience is true, it may not be the totality of truth. (Paraphrased from Wikipedia)

Over the last couple of weeks, in looking for solutions to our gun crisis, the term ‘root cause’ has been bandied about in the Senate: More support for mental health (a generic term that covers a lot of territory but what does it mean?), red flag laws, strengthening gun control laws and policies, and ‘hardening’ school safety have been talked about.

However, a symptom that is not on the table at all is the banning of assault weapons. Again, as of June 7, the Senate is only considering the most modest idea of a waiting period for people from 18 to 21 to buy them. That still does not address the question of why civilians need military type weapons at all. I saw the following list on Facebook. I did some research and found that some are AR-15s and some are “AR-15-like” guns. What they have in common is that they are all powerful, lethal, semi-automatic rifles. And appallingly, they are basically being unaddressed:
Uvalde: AR-15
Buffalo: AR-15
Boulder: AR-15
Orlando: AR-15
Parkland: AR-15
Las Vegas: AR-15
Aurora, CO: AR-15
Sandy Hook: AR-15
Waffle House: AR-15
San Bernardino: AR-15
Midland/Odessa: AR-15
Poway Synagogue: AR-15
Sutherland Springs: AR-15
Tree of Life Synagogue: AR-15

In addition, a significant symptom that is not even mentioned in the negotiations, at least publicly, is the role that manufacturers and retailers play and the impact they have….

It’s a good idea to address all points of view as holding some truth just like the unique parts of the elephant hold truth. Yet, the different points of view and beliefs about resulting solutions are not the whole elephant, root cause. Despite many smart and wise people looking into the issue, I don’t think we’ve truly and clearly publicly identified root cause yet.

As I write this, I wonder to myself, “Well, so what might be root cause?” Root cause is not the guns per se nor is it the shooters per se. They are both results of cause. But they, themselves, are not cause. I think it’s something deeper and broader. The current focus for solutions is at the individual level. Yet, I suspect the cause is further upstream at the collective level. This suggests that, to some degree, we are all responsible. Perhaps the silver lining in all of this is that collectively we are being pushed to our next level of development based on the truth that we cannot solve our problems at the level they are created.

To close, here’s a bit of what Brad Pitt has to say about his feelings on having a gun. Perhaps its offers us some clues, “America is a country founded on guns. It’s in our DNA. It’s very strange but I feel better having a gun. I really do. I don’t feel safe, I don’t feel the house is completely safe, if I don’t have one hidden somewhere. That’s my thinking, right or wrong.”

Welcome to the USA.

A few years ago an Italian photographer, Gabriele Galimberti, travelled the US
taking photos of people and their guns. His resulting collection is called The Ameriguns.