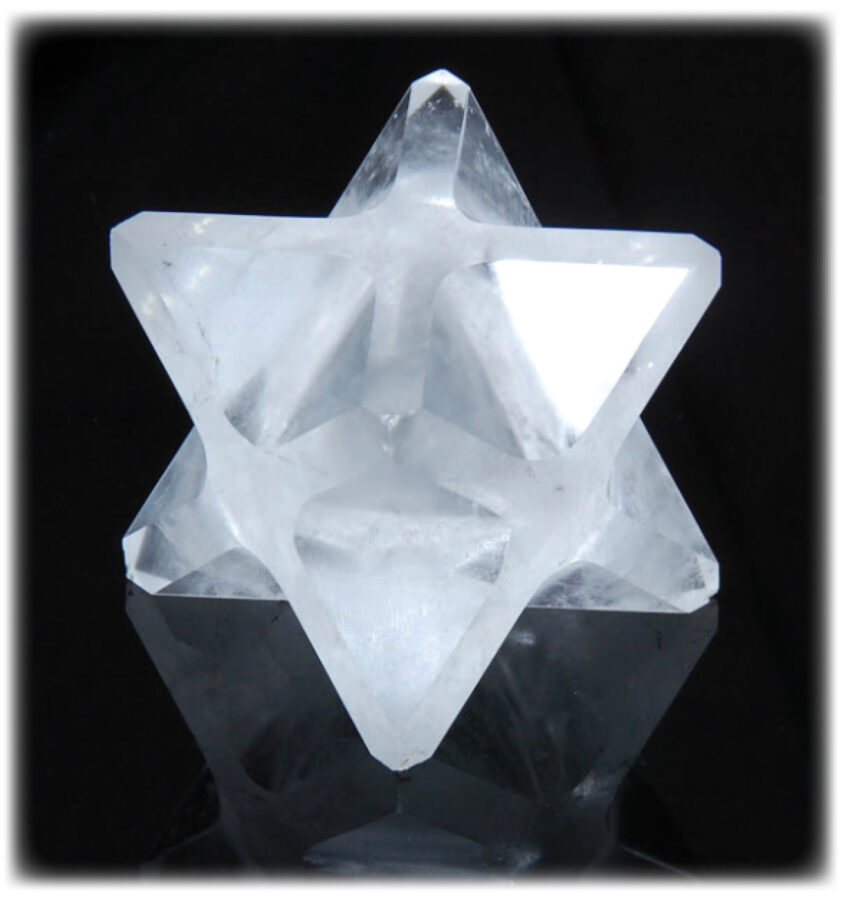 Complex is from the Latin complexus, from complecti.
It meant to encircle or embrace.
.
The noun is stressed on the first syllable: ‘käm•pleks
and is defined as a whole made up of parts that are intricate and interrelated.
.
The adjective is stressed on the second syllable: käm•’pleks
and is defined as being complicated in structure; consisting of interconnected parts.
.
The crystal above is a star tetrahedron. It is composed of two equally sized tetrahedrons (3-sided pyramids) put together – one facing upwards and one facing downwards. They are exact reflections of each other. In sacred geometry, the Star Tetrahedron forms a field of energy and light surrounding the body. It represents masculine and feminine, heaven and earth. It is also called the Mer-ka-ba.
.

Mer-ka-ba is an Egyptian word. ‘Mer’ is translated as ‘Light’, ‘Ka’ refers to the spirit, and ‘Ba’ refers to the body. As Drunvalo Melchizedek writes in The Ancient Secret of The Flower of Life, “When you add these words together, my understanding of Mer-Ka-Ba is a counter-rotating field of light….though it is really much, much more. It is the creation pattern through which all that exists has originated.” The masculine Sun pyramid points up to the sky and rotates counterclockwise. The feminine Earth pyramid points down to the earth and rotates clockwise. 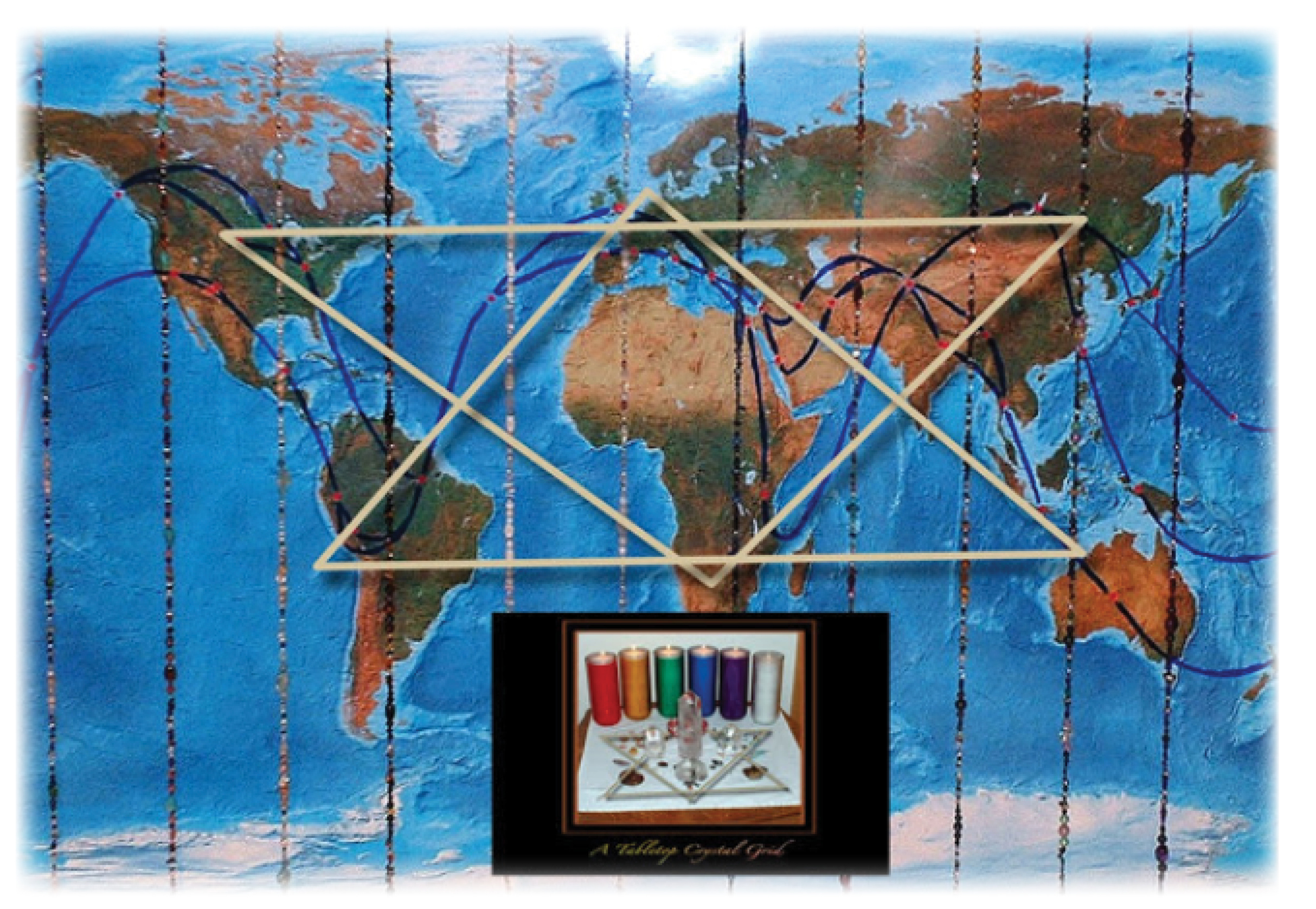 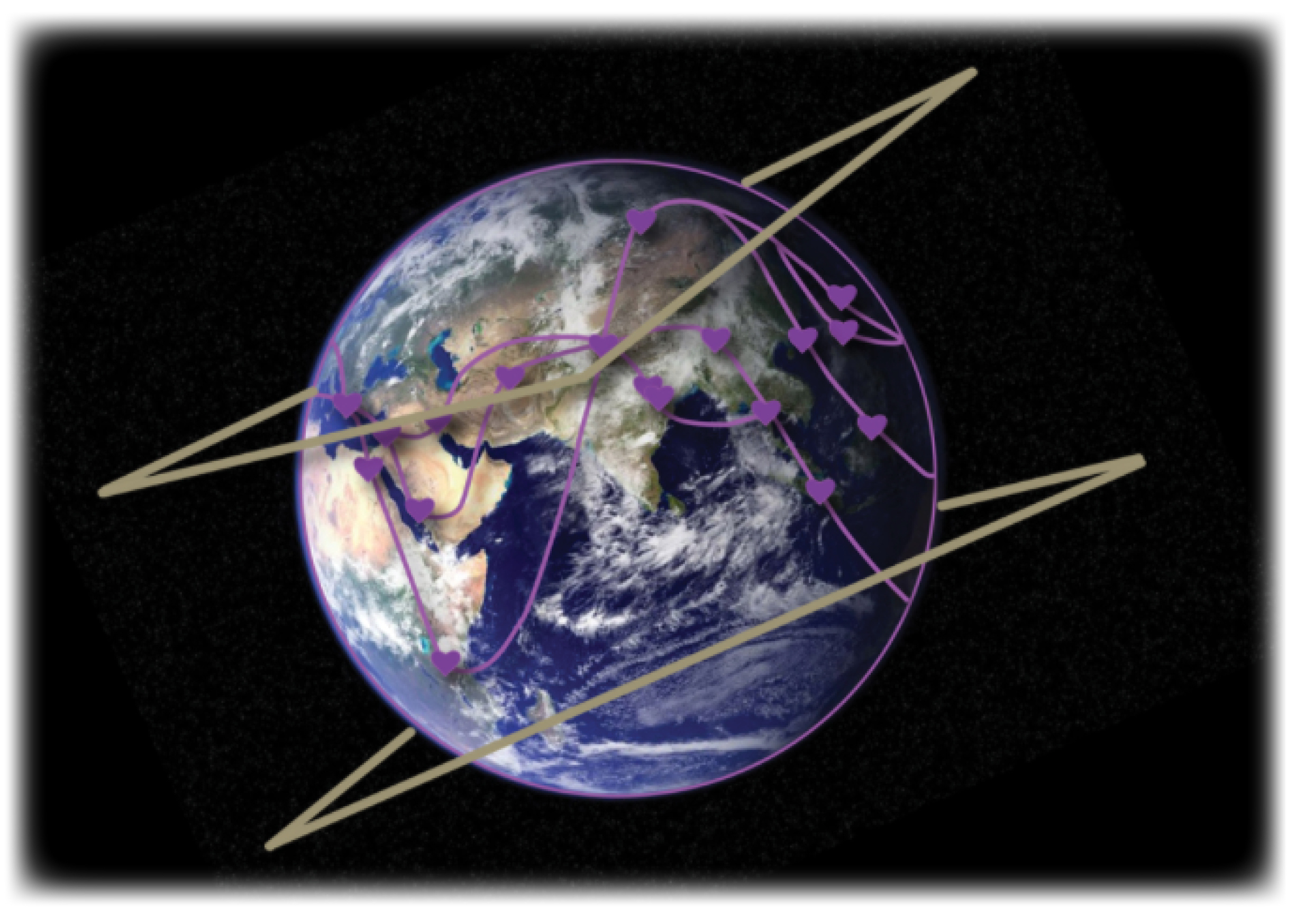 .When I had my revelation about how the earth is not a 2D flat map but rather a 3D whole, the Star of David no longer worked. The points of highest amplitude are metaphorically located at about the shoulders and knees on the human body. So I turned the 2D triangles by 90º and placed them on a 3D image of the earth. Now the points of the triangles changed. One triangle connected North America, Europe, and Asia. The other connected South America, Africa, and Australia.
. 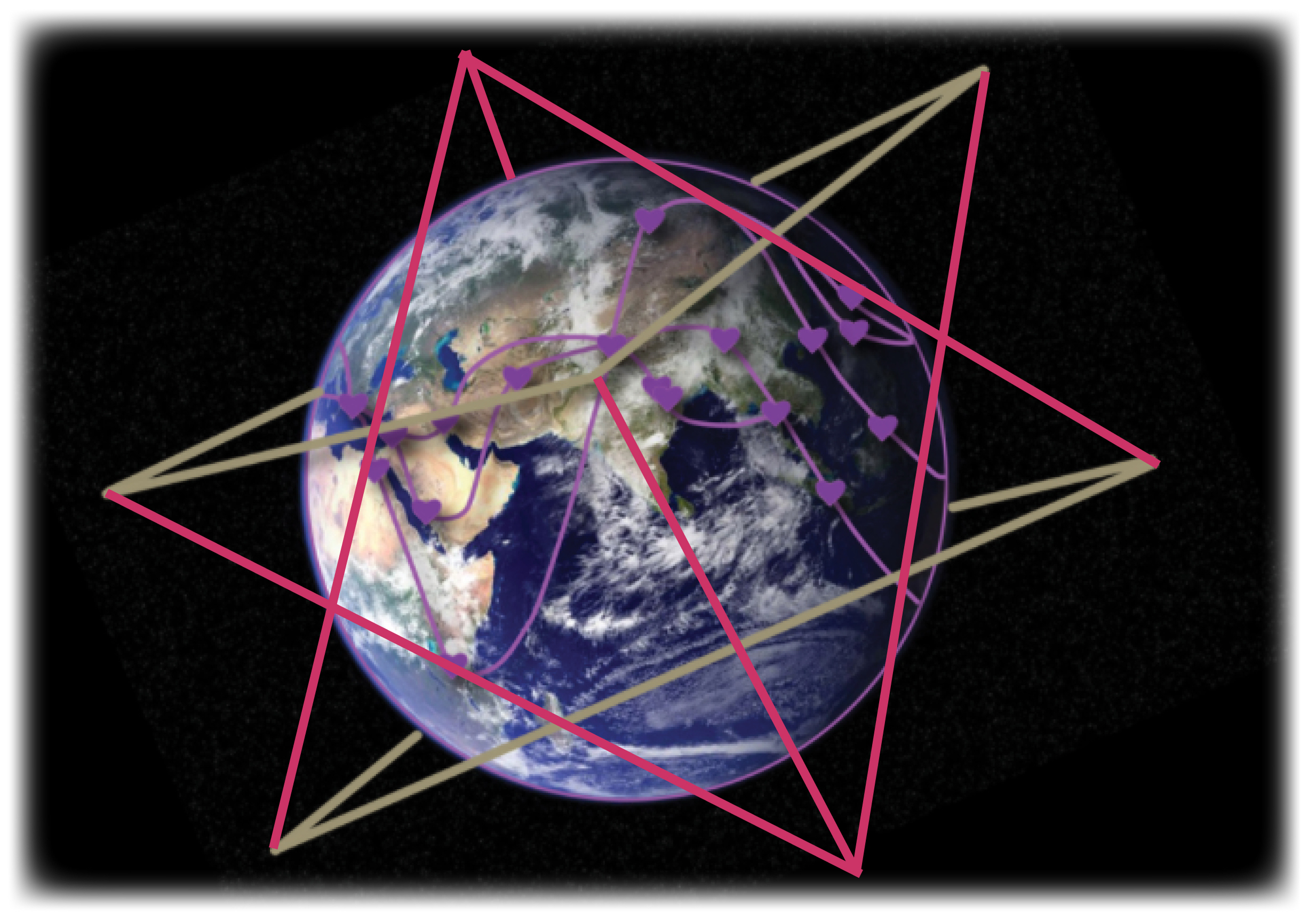 That led me to see how The Celestial Rays might fit into the picture. Their only connection points with Mother Earth are above the poles. So somehow (who knows how?) it came to me to see what would happen if I connected the points on the Northern Hemisphere triangle to the South Pole and the points on the Southern Hemisphere triangle to the North Pole. When I did that, the result was the 3D Star of David, the Star Tetrahedron, or The Mer-Ka-Ba. 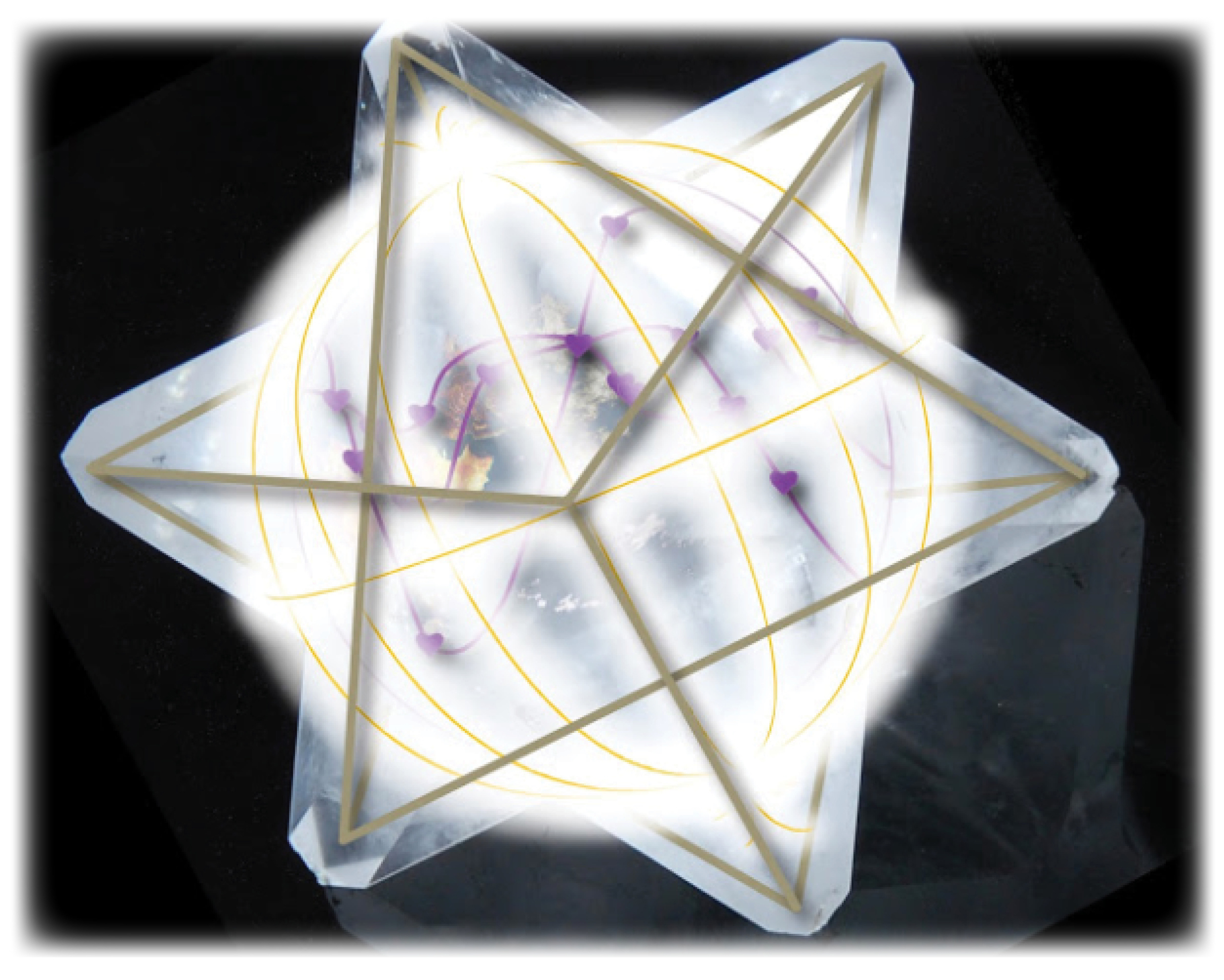 The StoneCircles and The Celestial Rays together form a complex healing grid
of light that encircles and embraces Mother Earth. Amazing! How did that happen?
In my wildest dreams I could not have imagined or planned it if I tried. What a gift
and privilege to steward this awe inspiring body of work. I am grateful.

Light equals life. When we bring more light into the body,
then we have a greater life force. ~ Dr. Pillai