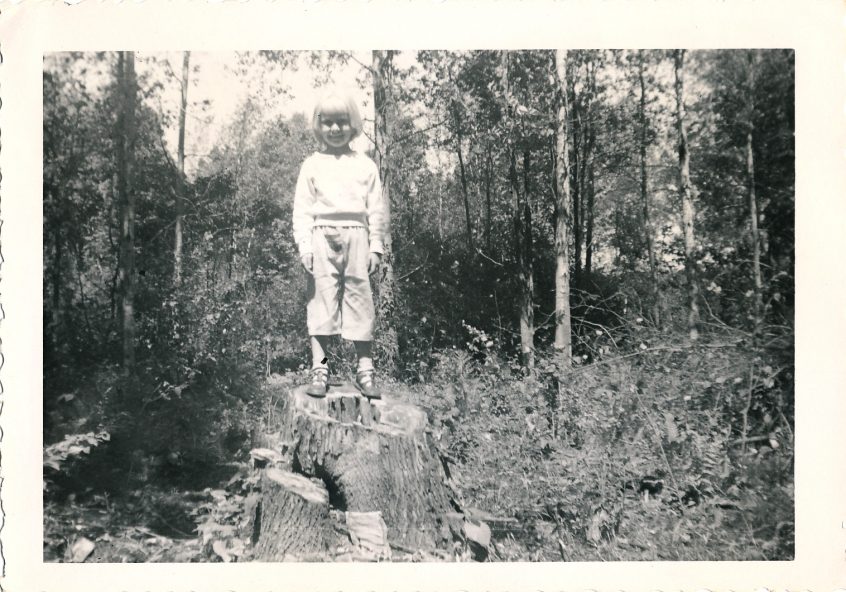 Running was a big part of my childhood. We didn’t walk. We ran.
I remember running full-tilt into the lake whenever possible.
Running in the night to catch flickering fireflies. They left me breathless.
Where DID that light come from?
Running games. Like tag and hide-and-seek.
Running from mosquitoes without success.
Running into nettles by mistake. Painful.
Running to find a mason jar with a lid after we caught a caterpillar.
Running to find a hammer and nail so we could poke holes for the caterpillar to breathe.

When not running, I remember other equally blissful moments of stillness and silence.
As still as possible while picking blueberries and constantly on the lookout for bears.
The varied harmonics of the winds in the trees. Wind in pines is different from wind in birch.
Sitting still, taking in how the green leaves of birch trees silently turned to gold in the fall.
My most special place to be still was a respite indeed.
It was a fresh water spring that came out of nowhere on its way to the lake.
Where DID that water come from?
The delicious sounds and taste of the freezing cold water.
The area around it was a vivid green bog, sublime with its brilliant yellow cowslips.
I wrote my first diary there. It was pink and it had a key so no one else could read it.

Whether in movement or in stillness,
I notice how much my tempo, values, curiosity, and creativity
Have been shaped by being in nature during my childhood.
Whether running or not running.
Whether in the forest, by the spring, under the sky.
Whether day or night.
Whether alone or with others.