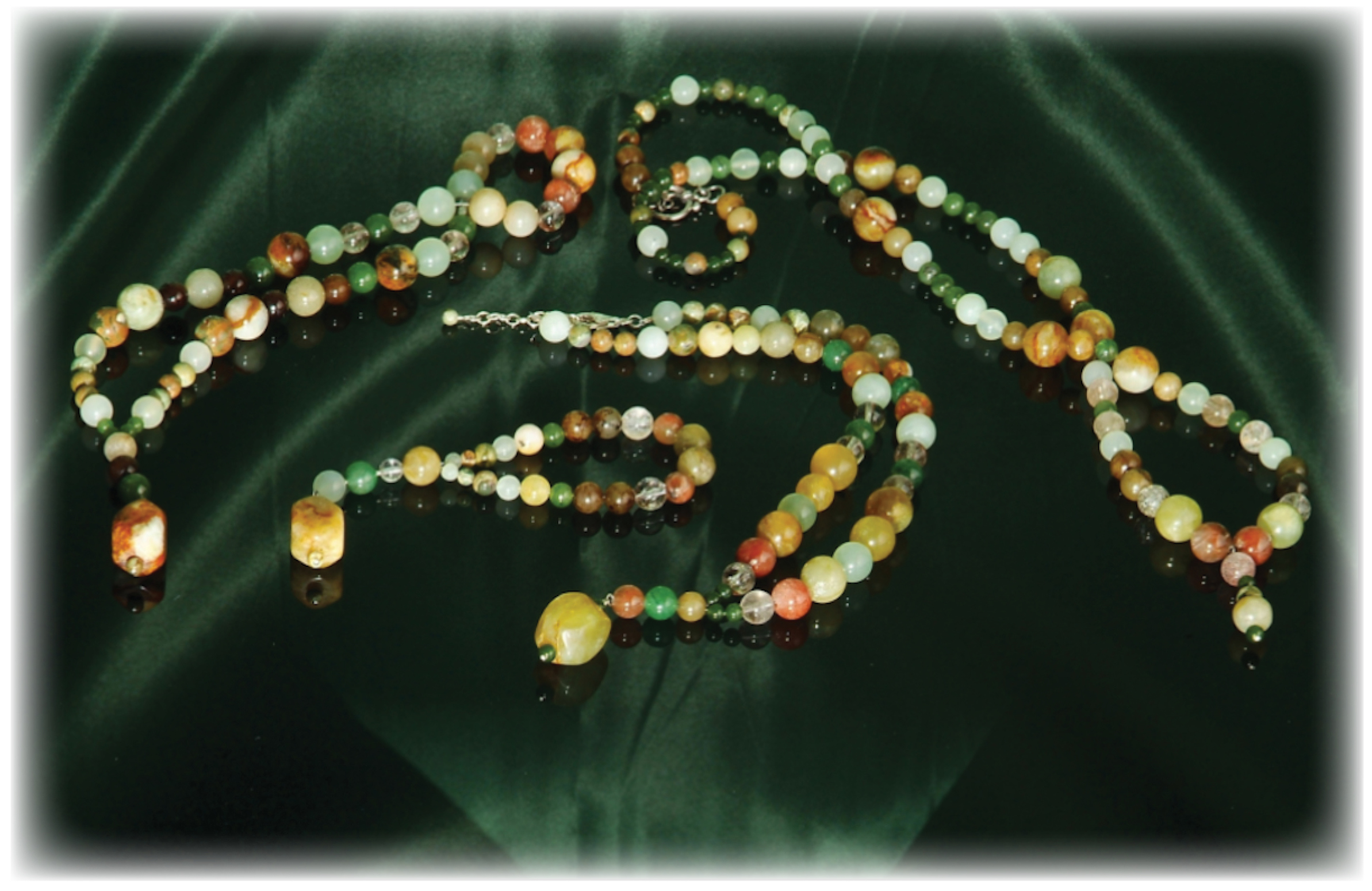 And above all, watch with glittering eyes the whole world around you,
because the greatest secrets are always hidden in the most unlikely places.
Those who don’t believe in magic will never find it.  ~ Roald Dahl

While I appreciate the beauty and energy that results from the geometries in the StoneCircles necklaces, I appreciate the creation process just as much. I deeply appreciated how the designs unfolded because it was delightfully and surprisingly nonlinear. It only could have happened because I had no plan – except to be present and listen deeply. And today I appreciate looking at what resulted in retrospect because it is both mysterious and possible; both magic and math. I learned that when you do the math, beauty results.

At first, as I embarked on creating more healing grid necklaces after the first one I created for myself, I almost didn’t really notice. But, after a time, it became obvious that I was being subtly guided in ‘my’ choices. So, upon recognizing the support, I began to deliberately ask questions when I was unsure what to do next. For example, “Why are all of the stones round?” The response,“Two big reasons. First, they are associated with Mother Earth and She is round. Secondly, roundness has no edges, no sharp places. Roundness receives and radiates light in all directions – like a crystal sphere.”

Every day was an adventure. Every day I learned something new.

As with an iceberg, only a small amount of what exists in the healing grids is visible to the eye. Here is a small part of what is below the surface of the designs:

I was guided on choosing what stones and geometry to use for creating each new healing grid necklace. Following that, I counted out stones that were in harmony with the geometry and laid out a balanced design.

As I was designing and stringing, the story for each piece would emerge. I already knew the geometry and the colors and, as I strung, I learned the healing theme, the numerology, and the attributes of the stones for the specific piece. I had a notepad and pencil beside my bead board and took copious notes along the way.

Once the stringing was done, the piece’s name would almost magically appear. Every single name of the 44 designs is numerologically accurate to the piece itself. For example, the long necklace above is named The Magical Movement Moon. This necklace vibrates to the number 9. Its geometry is 3 triangles (3 triangles x 3 sides each = 9). When connected to each other, the triangles are 3-D and form a star tetrahedron with 9 points. In numerology, the necklace’s name also vibrates to the number 9. How did all that happen? Especially given that, with different geometries and numbers, this happened 44 times and it happened AFTER the physical creations were already fully designed.

The number 11, the first master number in numerology, was significant in the composition of the collection as a whole. The long necklaces were complete after I had designed 11 of them. Next I designed 11 short necklaces or necklets. (We used to call them chokers. Really?!) Then came 11 sets of prayer beads. And, finally, 11 bracelets. This brought the total number of designs to 44. And, with that, the design of the StoneCircles collection was finished. How did I know? There’s nothing specific I can point to other than intently yet effortlessly listening beyond hearing.

At this point, I thought I had reached completion. Yet, not too much later, I learned that there was one more step – a giant step. I’ll save that for next time. 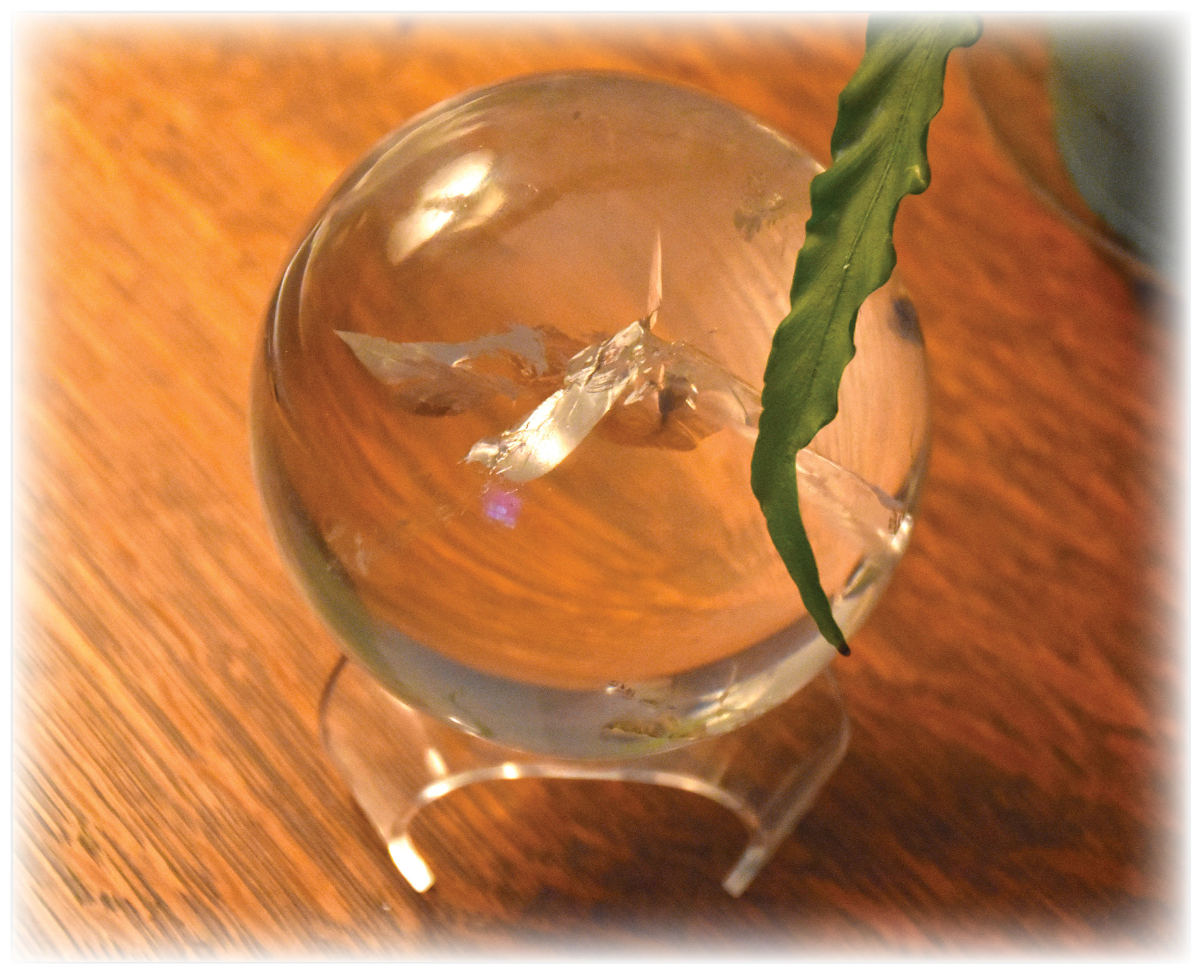