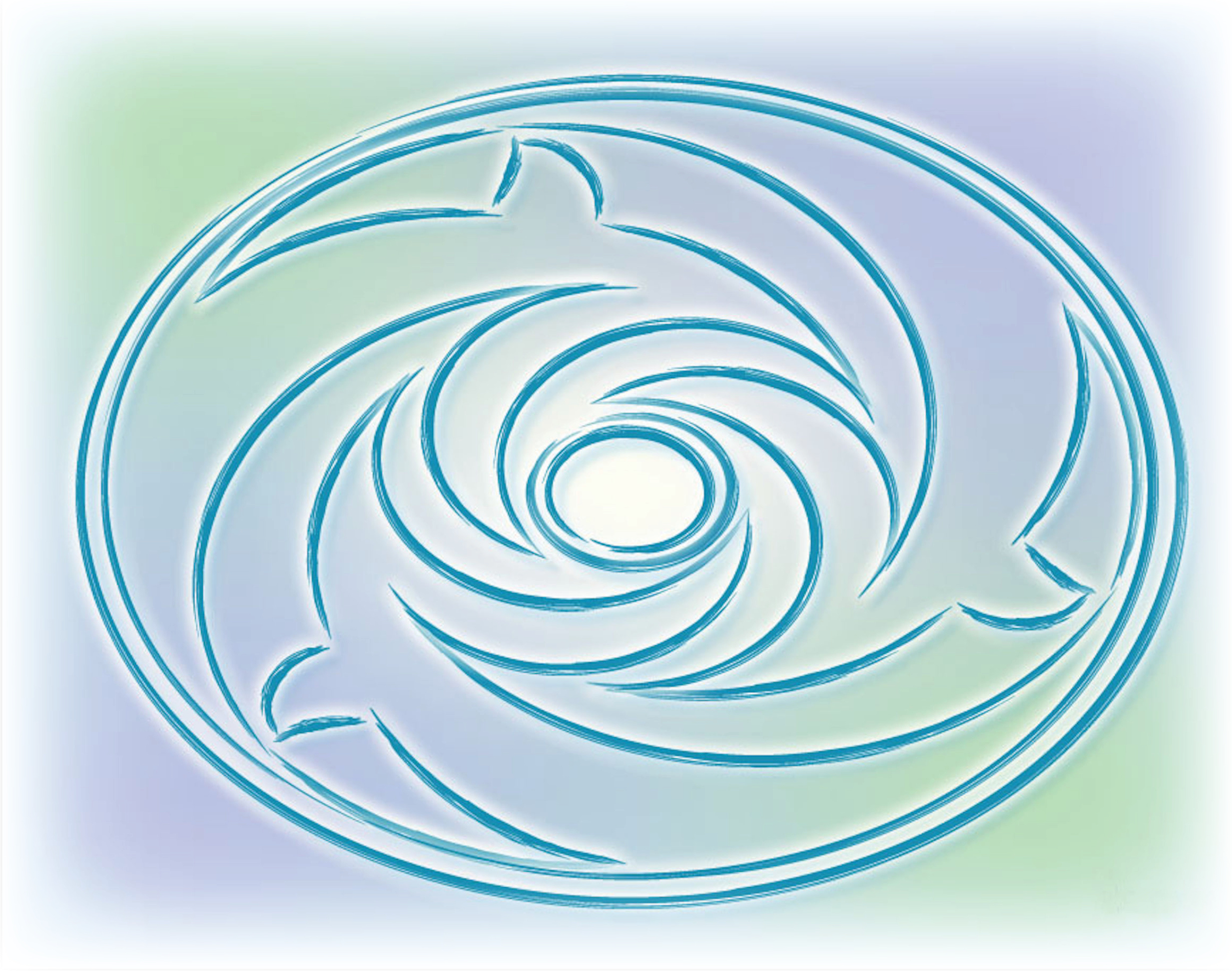 Over a ten year period between 2002 and 2012 I drew more than 70 crop formations. There’s an engineer in The Netherlands who maps them and posts the resulting step-by-step directions on line. I ‘just’ need to follow the instructions. It is both meditative and challenging at the same time.

One circle that I drew in 2004 looks very simple in the end but it occupied more of my time and attention than any of the more than 70 others. Even with instructions, I had difficulty seeing how the geometry worked because, though the image looks simple enough, the geometry is very complex. I kept having to back up and start over. I felt very accomplished when it finally showed itself.

As you can see from the image below of the final geometry for this formation, there are lots of line segments that need to be removed both from within the circle and, most often, from out beyond the circle as well. They are present but invisible to us. Thus, the next step is to remove all that is not needed to get to the formation as we see it in the field and in the black and white outline below. Finally, then I play with the shapes and add color and filters in order to create my drawing.

This formation appeared at Beacon Hill Newbury in England on July 28, 2004. It and the resulting drawing are among my very favorites. The photo is by Steve Alexander. 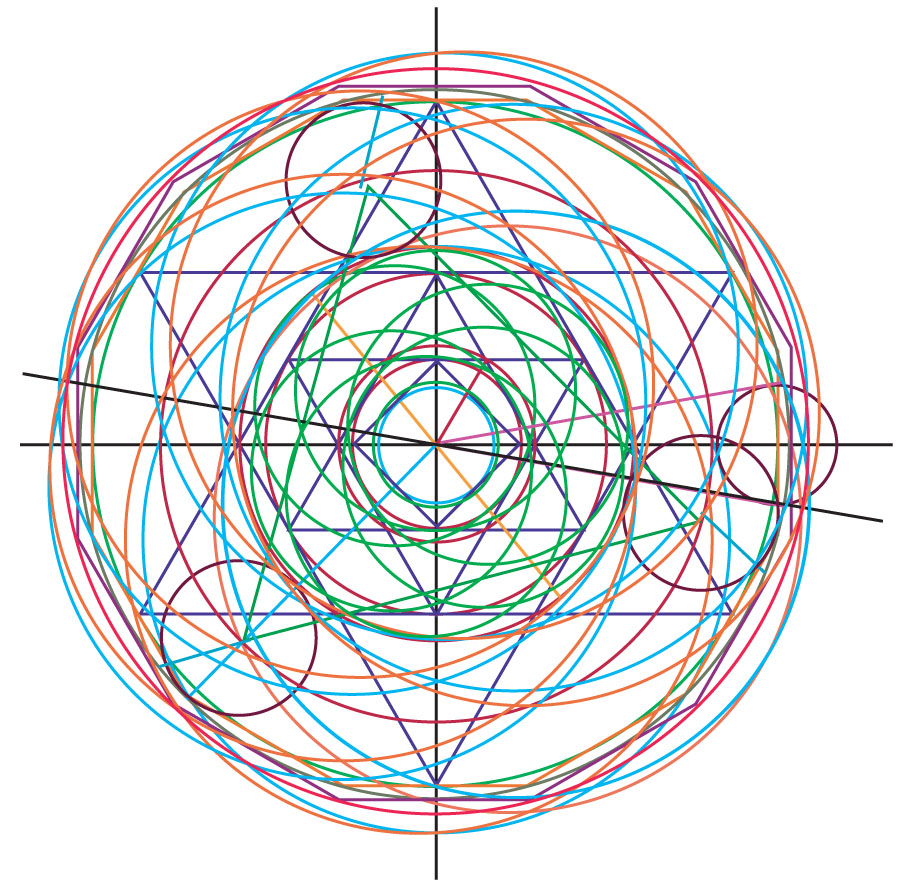 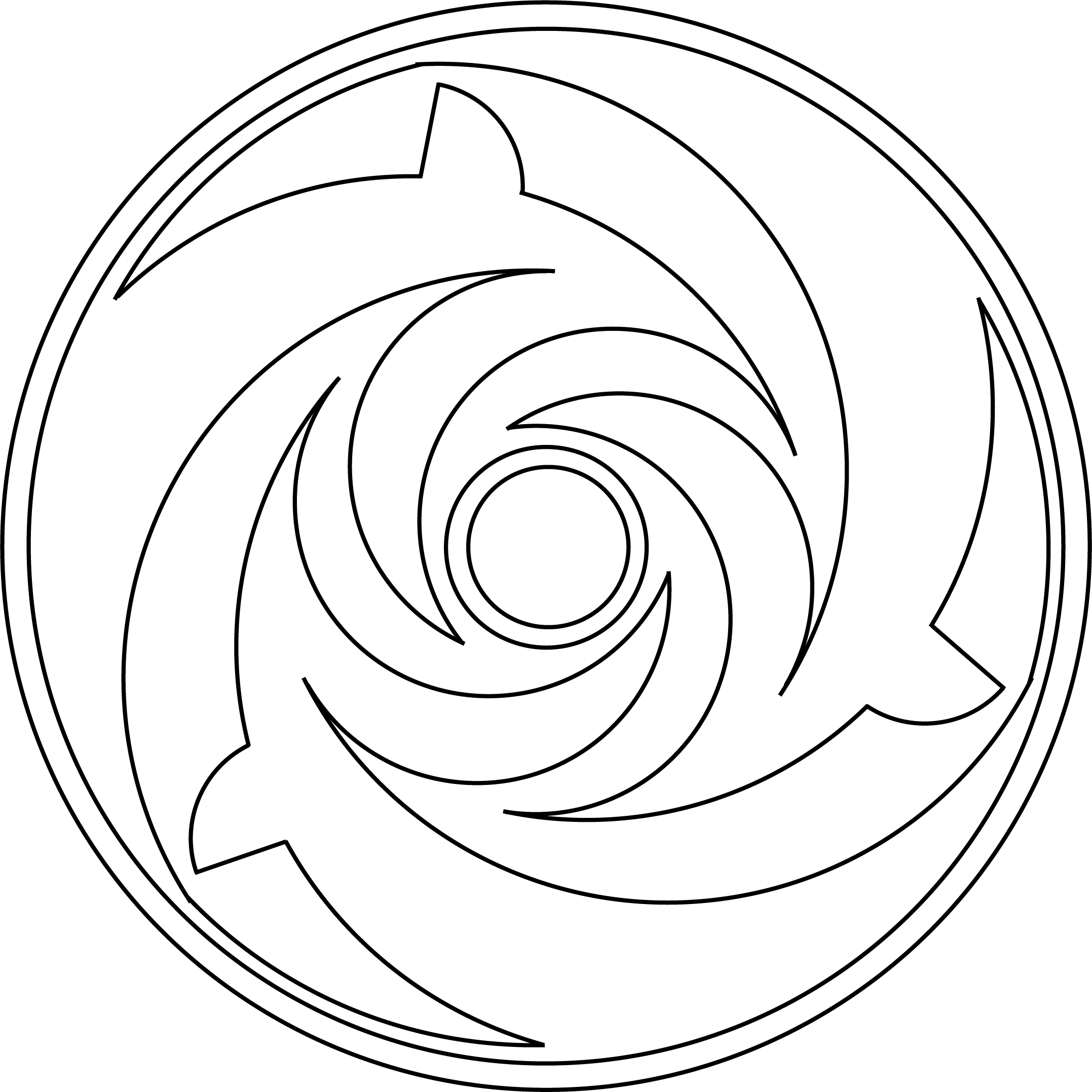 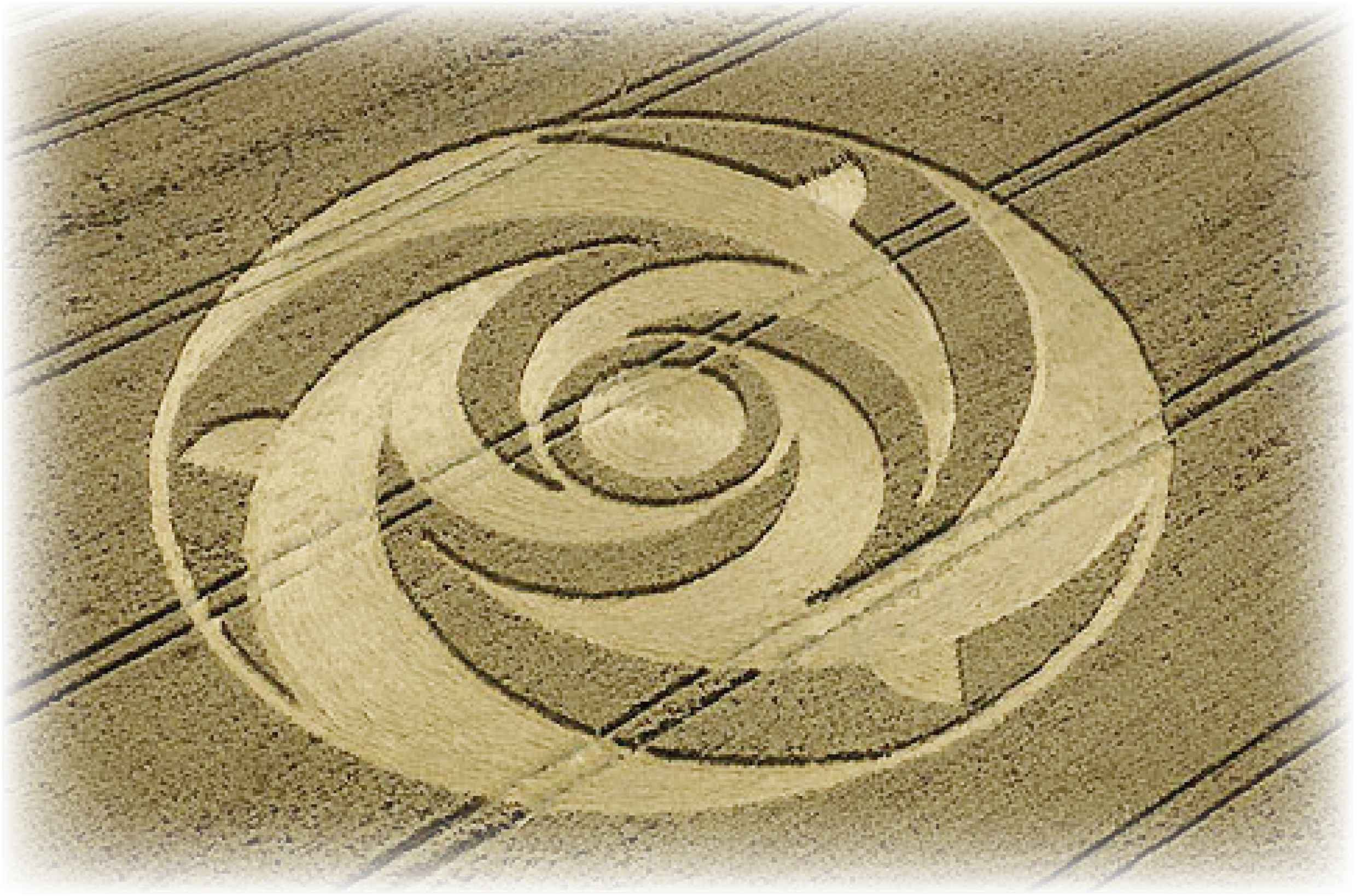