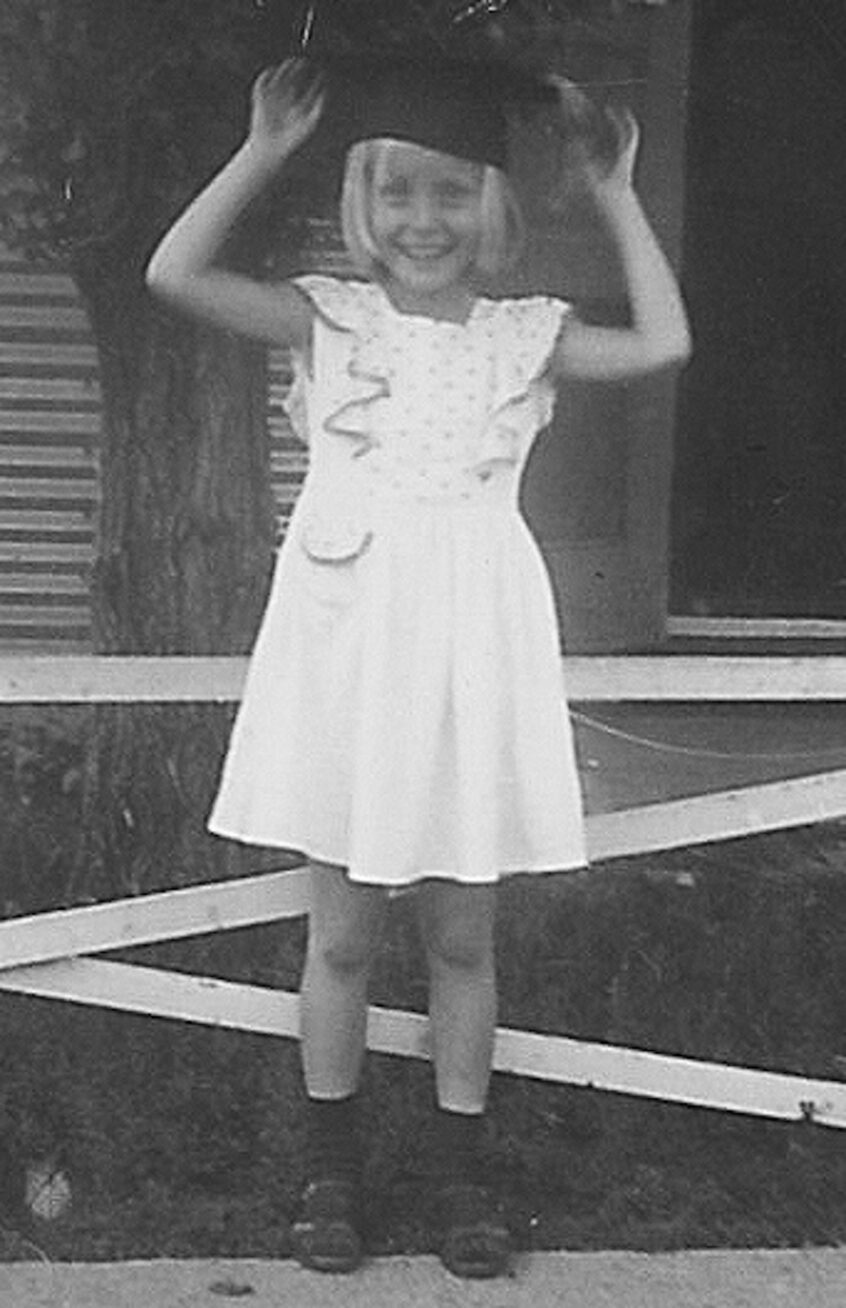 I had just finished third grade. At this time next year I would finish fourth grade
and Dad would graduate from the University of Minnesota.

Resilience is the ability to find light in dark times. ~ Mary Pipher

When I was small, my paternal grandmother was the person I loved and admired more than anyone else in the world. Every summer I would spend time on the farm with her, Grandpa, and Uncle Jackie.

This summer, for the first time, everything was so quiet. My Uncle Jackie, who was a few years older than I and usually entertained me on my visits, hard joined the US Navy a few months earlier. So it was just Grandpa slurping his hot coffee after milking the cows and before doing other chores and going to work in the mines. And Grandma cooking, cleaning, and doing her outside chores. Not even a radio. No neighbor children.

And to intensify the quiet, at that time my parents, my sister and brother and I lived in a very densely populated urban neighborhood. Our home was an old army barracks that served as housing for married students attending university on the GI Bill. Married students could only live there if they had kids. This translates to lots of sound. Night and day. Without exception.

I helped Grandma weed her huge garden (ugh!). I fed the chickens. I helped Grandma make potica (potitsa) and strudel just like she did in the old country. All in the quiet. I felt bored. Lonely. Anxious. Uncomfortable with the silence. I was so used to always having others and their sounds around me. At home I played with the neighboring children, took care of my baby brother, practiced the piano, watched I Love Lucy. Always something to do and something with sound.

About once a week, Grandpa went to town in his 1946 Chevrolet pick-up truck. “Town” had one main street with a grocery store, a liquor store next door to a variety store, a school with an iron mine behind it, a town hall, and a Chevrolet garage. Grandma told me to go with Grandpa. She gave me some money and said she wanted me to go to the variety store and buy something to play with. She told Grandpa to help.

Grandpa didn’t help. He just dropped me off and said he’d be back to pick me up in a half hour. Old men were sitting outside the liquor store. The sidewalk was heavily pocked with wads of chewing tobacco that had been hurled from between their teeth. In addition to feeling bored, lonely, and anxious, I now also felt small and defenseless.

I slowly eased my way into the variety store. I was the only customer so the store was very quiet, too. Now, in addition to bored, lonely, anxious, small, and defenseless, I felt watched. I desperately looked around for something to buy. I didn’t see anything that really fit. But that was what Grandma had told me to do and I most certainly didn’t want to disappoint her. Finally, I bought a pencil, a writing tablet, and some penny candy.

When we got back to the farm, Grandma asked what I had bought. When she saw my goodies, she went into a rage. First, spending money on candy was a big no-no. But also, she said something like, “We have paper and pencils here! You didn’t need to spend money on those. I meant for you to buy something like a coloring book and crayons or a game.”

Well, I now added feeling devastated to the list of what I felt. Just imagine. Here was the person I most admired, most loved, more angry than I had ever seen her before. I had disappointed her. I felt so lonely. In spite of that long list of unhappy feelings, lonely was what stood out the most. If I had felt lonely before that, I now had a whole new standard for what lonely meant. It was ever so much more scary than boredom or quiet or anxious or being small and defenseless or being watched. It was about disapproval, rejection, and isolation. It meant being all alone and not receiving love. She later apologized and explained that she was most angry with Grandpa for not helping me. “However,” she acknowledged, “It was you that I yelled at. I’m sorry.” What a relief!

As the days passed somehow I began to acclimate myself to the quiet, to silence. It was rather like adjusting to altitude in the high mountains. Go to a new level. Camp. After a time, take some steps higher. Then rest. I began to listen for the birds, the breeze, the rustling of leaves, the thunder, raindrops. All sounds that had been there all along but that I had not noticed or heard. Wonderful natural sounds along with moments of apparent silence in between.

It was that visit to the farm that ultimately initiated me into the beauty of silence. It gave me the experience of quiet that led me to pursue it and cherish it as a choice for the rest of my life. Someone once said that being at peace with one’s self means being able to drive around the block without turning on the radio. That experience of being in the silence with myself, a silence that even Grandma could not fill, showed me I had a place in myself that only I could fill. It also taught me that being alone with myself and being lonely were distinctly different from each other. And it taught me that I have choice. I could choose to be with other people some times and alone with myself other times. It led me to new resilience that has resulted in me seeking out many wonderful experiences full of light and alone with myself in the quiet – mostly in nature – for the rest of my life. No matter where in the world I was.