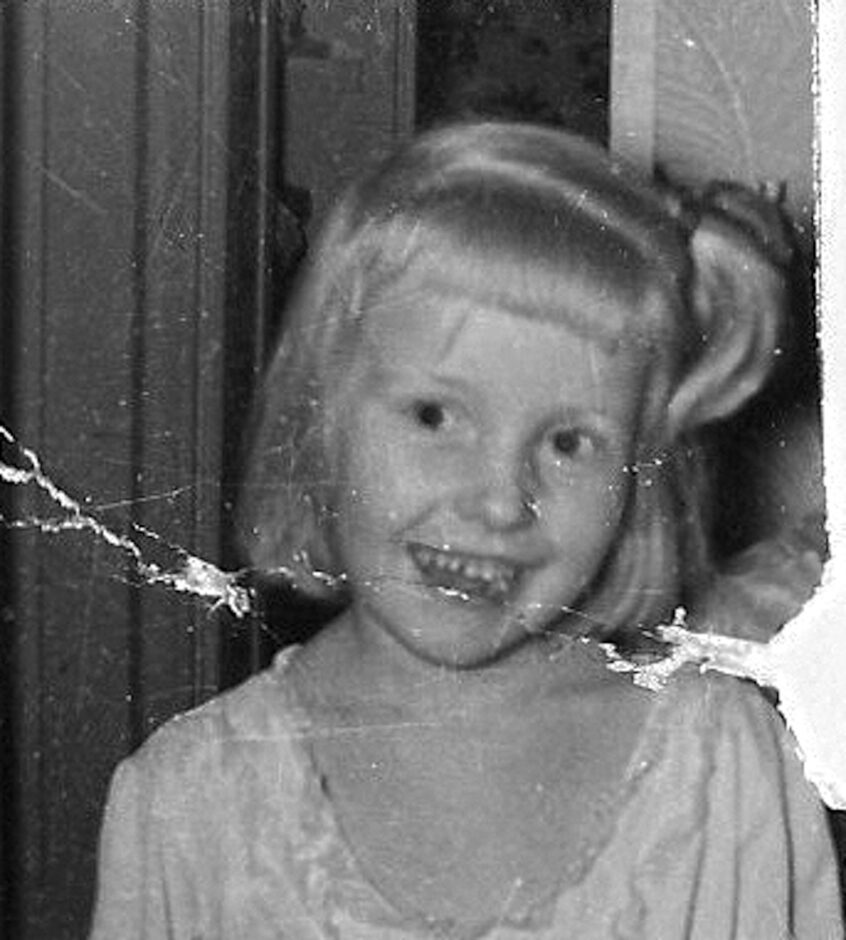 .
Everything you can imagine is real. ~ Pablo Picasso

There exist in the child certain attitudes and beliefs
which intellectual development will more and more
tend to eliminate. ~ Jean Piaget

I had some frightening experiences when I was four-going-on-five. The adults around me had good intentions for the most part. However, they also had no idea what I was creating in my mind with their words and deeds.

Dad went into a store. Mom, my baby sister, and I waited in the car. I delightedly jumped into the driver’s seat and started honking the horn. My mother said, “Stop honking the horn or the police will come!” I stopped immediately as, in my mind’s eye, I saw policemen emerging out the steering column and the horn in the same way a genie emerges out of a lamp in storybooks. I was really scared. Mom didn’t think to add that the police would come by car or on foot. After all, that was assumed on her part. I didn’t think to tell her my version. I suppose I assumed she held the same picture I did.

Dad went to work as a laborer building the Trans-Canada Oil Pipeline. Like Grandpa, Dad smoked a pipe at the time. One day, unexpectedly, he came home with a big cast on his foot. He told me he had dropped a pipe on it. I didn’t know anything about pipelines. All I could see in my mind, all I understood, was the pipe Dad smoked. I remember how challenging it was for me to imagine how he could ever do such damage to his foot with the pipe he smoked. Plus, given the damage, I wondered why he still smoked his pipe.

The first movie I ever remember seeing was Disney’s Alice in Wonderland. It was around the same time as the other experiences above. I found it to be quite disturbing. And my distress grew as the movie progressed. I mean, Alice falling down a rabbit hole? And changing size to be so tiny she couldn’t reach the key to the door? And then a rabbit wearing clothes who keeps looking at his watch and saying, “I’m late, I’m late, for a very important date.” In fact, all of the animals spoke. Then Alice becomes as big as a house. And there’s a garden where the flowers talk and banish her because they think she’s a weed. And the Cheshire cat evaporates. And animals are used as equipment for a croquet game. Really? At every turn Alice faces circumstances that are beyond her experience and fraught with adversity. I could identify. It was just too much. When the Queen of Hearts yells, “Off with their heads!” to playing cards because they painted her white roses red, I was truly overwhelmed. Panic-stricken, I began to cry – loudly. I told my father I wanted to leave – right now! To my relief, he took me outside. I missed the resolution of the movie. And I wondered, “Could all of that happen to me?” Today I wonder who ever decided that was a children’s story?

I have more such stories of what I was experiencing at that time in my life. What I’ve been contemplating as I reflect on them, is the nature of how we come into this ‘reality’ on the earth. Initially, as infants and toddlers, we are separate from conventional, worldly reality. As a result, we encounter situations for which we have no background or context. As Piaget says, “Experience precedes understanding”. Then, over time, we adjust to the agreed upon ‘reality’ of this world – as the world sees it and teaches us to accept.

I’m imagining that, whether remembered or not, we all had some similar experiences in our development at around that age of four-going-on-five. It’s a epoch of coming into earthly ‘reality’. We do our best to create reasonable explanations and understandings for situations we experience that just make no sense whatsoever. I remember Rudolf Steiner (Waldorf education) saying that children are not fully on earth until they lose their baby teeth. That begins at about six years old. So that’s about right. Eventually, as I adjusted to and accepted our conventional, agreed-upon worldly reality, I mostly stopped having such unusual, illogical, fearful, and ‘unreal’ experiences.

I shared a draft of this story with a dear friend who then relayed two of her experiences of being four-going-on-five. First, she spoke of being inconsolable after seeing Disney’s Bambi because Bambi’s mother is shot in the movie. And secondly, she believed, with a lot of anxiety, that everyone around her could hear everything she was thinking. She said she worked very hard in attempts to control her thoughts. (Used with permission.)

Do you remember having any such experiences while you were learning to construct your reality when you were four-going-on-five or there abouts? If so, I would really appreciate hearing about them.  Also let me know if it’s okay (or not) for me to share them with others. My email is barbara@barbarashipka.com

‘World’ and ‘earth’ have different meanings.
‘World’ comes from the Old English word ‘wurold’
for ‘human existence’ and ‘the earthly state of human existence’.
‘Earth’, on the other hand, is the third planet from the sun.
~ Barbara Shipka in Leadership in a Challenging World