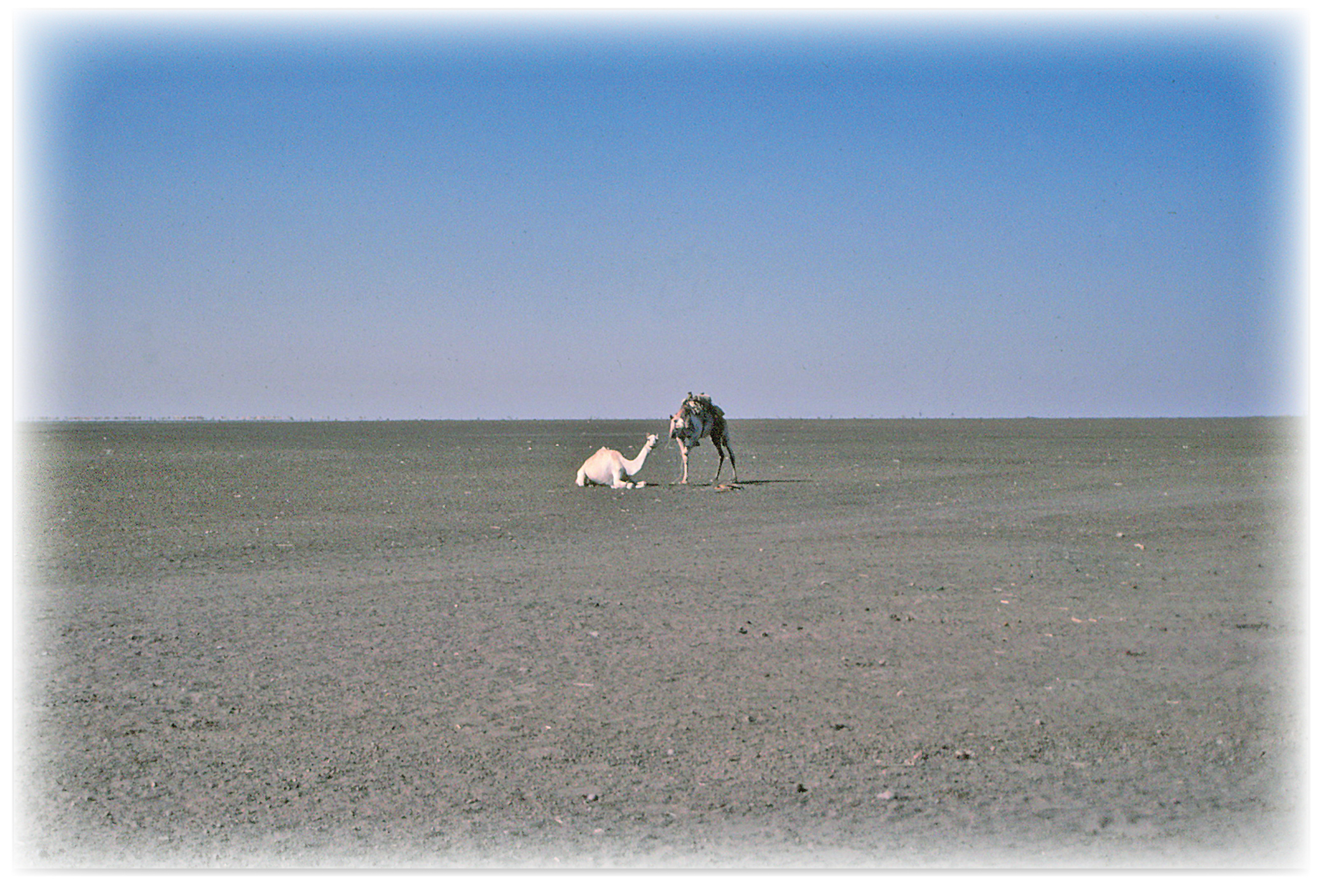 One of the greatest gifts you can give to anyone is the gift of attention.  ~ Jim Rohn

The hotel where we stayed in Khartoum, the capital city of The Sudan, was filling up more and more every day. Reporters and photographers were arriving from every major television network in North America and Europe – from ABC to BBC to CBC. It was 1985 and I was working with refugees in The Sudan. Because of wide spread famine and the civil war in Ethiopia, the refugee crisis had become a global news story. People were starving, on the move, or both starving and on the move. Tens of thousands crossed the border into The Sudan.

Previously I had spent a year working with Ethiopian refugees in Somalia. But this was totally different. What I remember most about that moment in The Sudan was that I could actually FEEL something else. There was a palpable energy – like a heartbeat. I believe it was the result of all of the global attention that was focused on this humanitarian crisis. While the attention didn’t physically nourish people in and of itself, it created an energizing and sustaining kind of power. I hadn’t ever really thought about the effect the world’s attention might have on a place and its people before. It hadn’t occurred to me until I felt it myself – viscerally.

As a result of that very powerful experience I gained a deep-rooted understanding of the power of attention, the power of MY attention, how it feels, where it goes, and how it ‘feeds’ situations. Thus, in humility, I seek to carefully attend to where I place my attention – especially when it comes to global conflict and politics. I am only one person, I know, but I want to be clear (at least within myself) about to whom I am or am not sending my energy, focus, and attention and, with it, what it is I want to enable – or not.

I wrote about this experience in the early 1990s as one of the letters to my infant son, Michael. I offer the chronology because it’s so different from where I have been lately. In thinking about what qualities and skills turn lead into gold, I am aware that I have been giving away the gift of my attention to people and places I really don’t want to energize. The attention I’ve been sending as I’ve witnessed the unfolding drama in the US has not been creative attention. On the contrary, it has been based on my worries and fears. In such moments, I have amnesia. I’ve forgotten that I cannot change the world – or myself – for the better with negative attention.

In Strongmen: Mussolini to the Present, the author includes Trump as a strongman and writes, “From the start, authoritarians stand out from other kinds of politicians by appealing to negative experiences and emotions. They don the cloak of national victimhood [and] proclaim themselves their nation’s saviors. Picking up on powerful resentments, hopes, and fears, they present themselves as the vehicle for obtaining what is most wanted [by their followers].”

“One of the greatest gifts you can give to anyone is the gift of attention.” Thus, I focus my attention on you. Just like I did with Michael back when. These emails provide sustenance for me in many ways. One is that listening into what wants to be written to you and then actually writing it shifts the gift of my attention away from my worries and fears and into my capacity to imagine, co-create, dream, envision, hope, care, and love. And, btw, thank you for the gift of YOUR attention!

So, attention, along with imagination which I wrote about in Imagination and Fantasy are Different, are gifts that nourish us as we realize our dreams of turning lead into gold and gain greater comprehension of spiritual alchemy. We’ll explore more such gifts in the coming weeks. 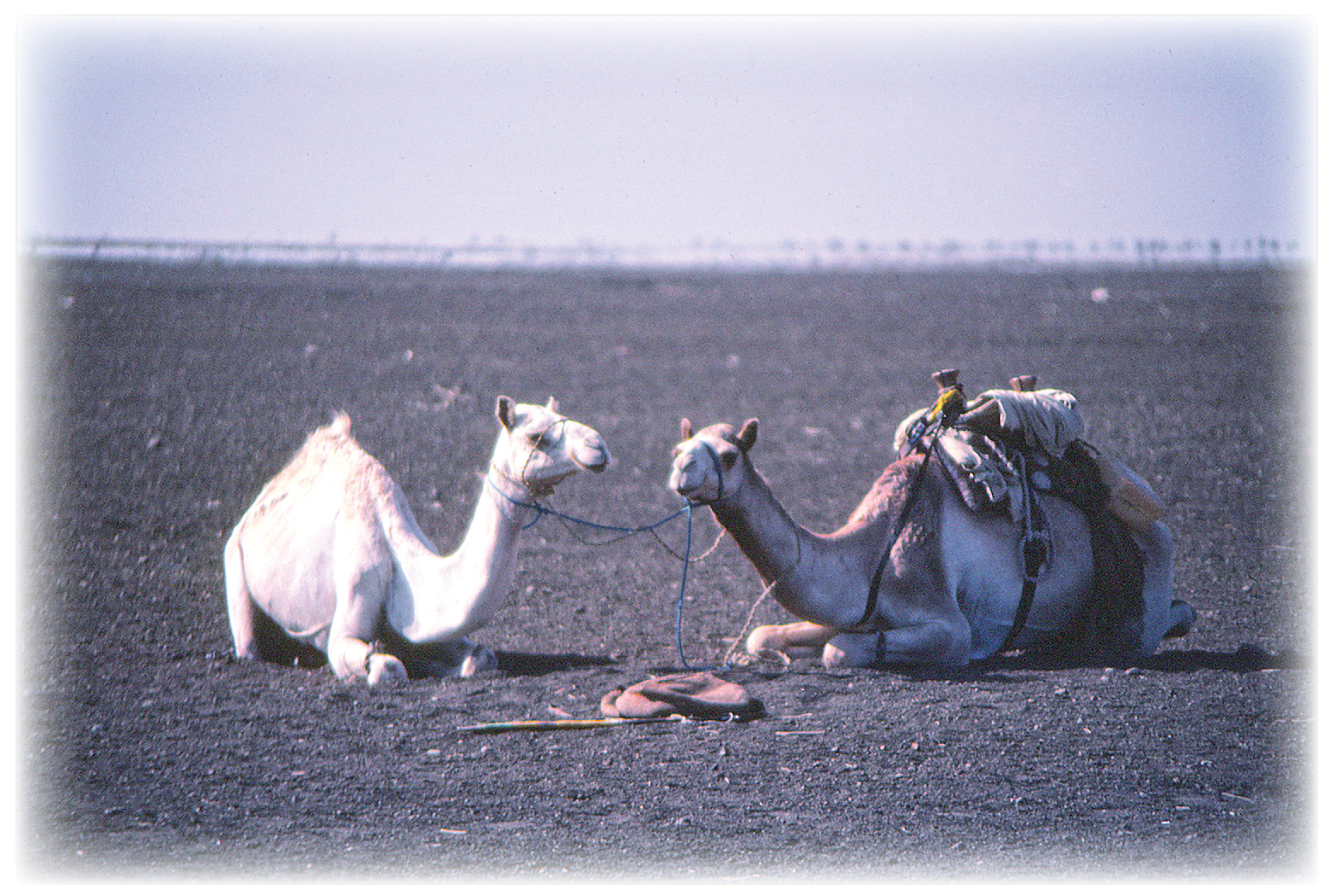 Photos by Barbara: Camels near a well on the barren desert.
Just outside the refugee camp at El-Gadarif, The Sudan, 1985.
Note the mirage along the horizon in the second one.
Scans of 35mm slides.