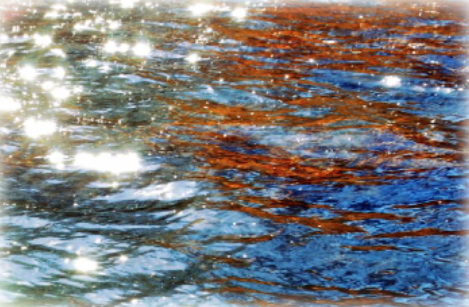 While women in the United States are recognizing that 100 years ago
the Constitution finally recognized the right of U.S. women to vote,
Native Nation women have had political voice on this land since
the founding of the Iroquois (Haudenosaunee) Confederacy
over 1000 years ago. ~ Sally Roesch Wagner

It’s been a busy month. Especially for the Supreme Court. They ruled on cases that directly affect our society. Here are just four of many:

And moreover, these rulings serve as fertile ground for extension to other parts of our society. Like gay rights, other government regulatory agencies, true religious freedom, and expanding our ‘gun culture.’ Quite amazing, really. Unexpected and, yet, expected.

To focus, for now I’ll stay with women’s rights. Haudenosaunee women have voted for more than 1000 years! And we have the makings and experience of a different way of being – individually and collectively – right here in our midst. Here are excerpts from Sally Roesch Wagner in her National Park Service article: How Native American Women Inspired the Women’s Rights Movement.

“The Six Nation Haudenosaunee Confederacy had, and still has today, a family/governmental structure based on female authority. Haudenosaunee women control the economy in their nations through their responsibilities for growing and distributing the food. They have the final authority over land transfers and decisions about engaging in war. Children come through the mother’s line, not the father’s, and if the parents separate, the children stay with their mother, and if she dies, with her clan family. Women control their own property and belongings, as do the children. Political power is shared equally among everyone in the Nation, with decisions made by consensus in this pure democracy, the oldest continuing one in the world.

“Still today, the chief and clan mother share leadership responsibilities. The clan mother chooses and advises the chief, placing and holding him in office. These men, appointed by the women, carry out the business of government. The clan mother also has the responsibility of removing a chief who doesn’t listen to the people and make good decisions, giving due consideration to seven generations in the future.”

The founders of our republic took many of the good principles of the Iroquois Confederation, the Haudenosaunee, and incorporated them into our Constitution. Sadly, they left out the part about the powerful role of women.

Perhaps here’s why: William Blackstone, described the doctrines of English law in the 18th century. Known as the British Blackstone code, it reads:

“By marriage the husband and wife are one person in law: that is, the very being or legal existence of the woman is suspended during the marriage, or at least is incorporated and consolidated into that of the husband; under whose wing, protection, and cover, she performs everything.”

As for the US in specific: “Invisible in the law, married women had no legal existence in the United States. When a woman married, everything she owned became her husband’s property, to do with as he wished. If she worked, he got her wages. If she inherited property, it became his. Children belonged to their father who, upon dying, could even will away his unborn child to someone other than the mother to raise.”

And then there was The Church: “For years people had been told by their ministers that the position of women was decreed by God as the eternal punishment women would suffer because of Eve’s sin. Clergy quoted the Bible: ‘Thy desire shall be to thy husband, and he shall rule over thee’ (Genesis 3:16), the command declared all the way through the Bible to the Ephesians. To work for your rights meant going against the will of God.”

Danger on the horizon: In a TV interview, a Planned Parenthood executive said, “The overturn of Roe v Wade has created chaos. And, believe me, I guarantee you that if the Republicans win a majority in November one of the first things they will do is to pass a law making abortion illegal throughout the US.”

Even a year ago most of us would have thought it impossible that Roe v Wade could be overturned. Given that it has happened, however, what’s to say The Court could not go back just another fifty years and take away our right to vote? Heaven forbid. However, today, it seems possible.

So here we are. Beloved women and men, gays, people of color, disabled, the elderly, and more are all impacted. Both European historic laws and Western religious history justify taking away women’s (and others’) rights.

Let’s hold a different vision as we remember that new thought can lead to a new reality; that hope has energy and leads to action FOR something that we want even as we also rally against what we don’t want at the same time.

In practical terms, (I know I’m preaching to the choir, but still…) please vote, encourage others to vote, help people to either cast absentee ballots or get them to the polls. As Stacy Abrams has said, “Our ability to participate in government, to elect our leaders and to improve our lives is contingent upon our ability to access the ballot. We know in our heart of hearts that voting is a sacred right – the fount from which all other rights flow.”

In visionary terms, let’s use women of the Suffragette Movement 100 years ago as our models for reclaiming our rights and gaining new ones. It wasn’t easy for them then; it’s not easy for us now. But it will only happen if we believe in ourselves and each other and if we each take on part of the work, however small or seemingly unimportant. It’s about activating the energy. As Keith Ellison has said, “Our democracy is not something to be taken for granted. You have to fight for it. You have to commit yourself to working for it – for the long haul.” Seven generations at least.

Jesus was not killed by atheism and anarchy. He was brought down by law and order
allied with religion, which is always a deadly mix. Beware those who claim to know
the mind of God and are prepared to use force, if necessary, to make others conform.
Beware those who cannot tell God’s will from their own.
~ Rev. Dr. Barbara Brown Taylor