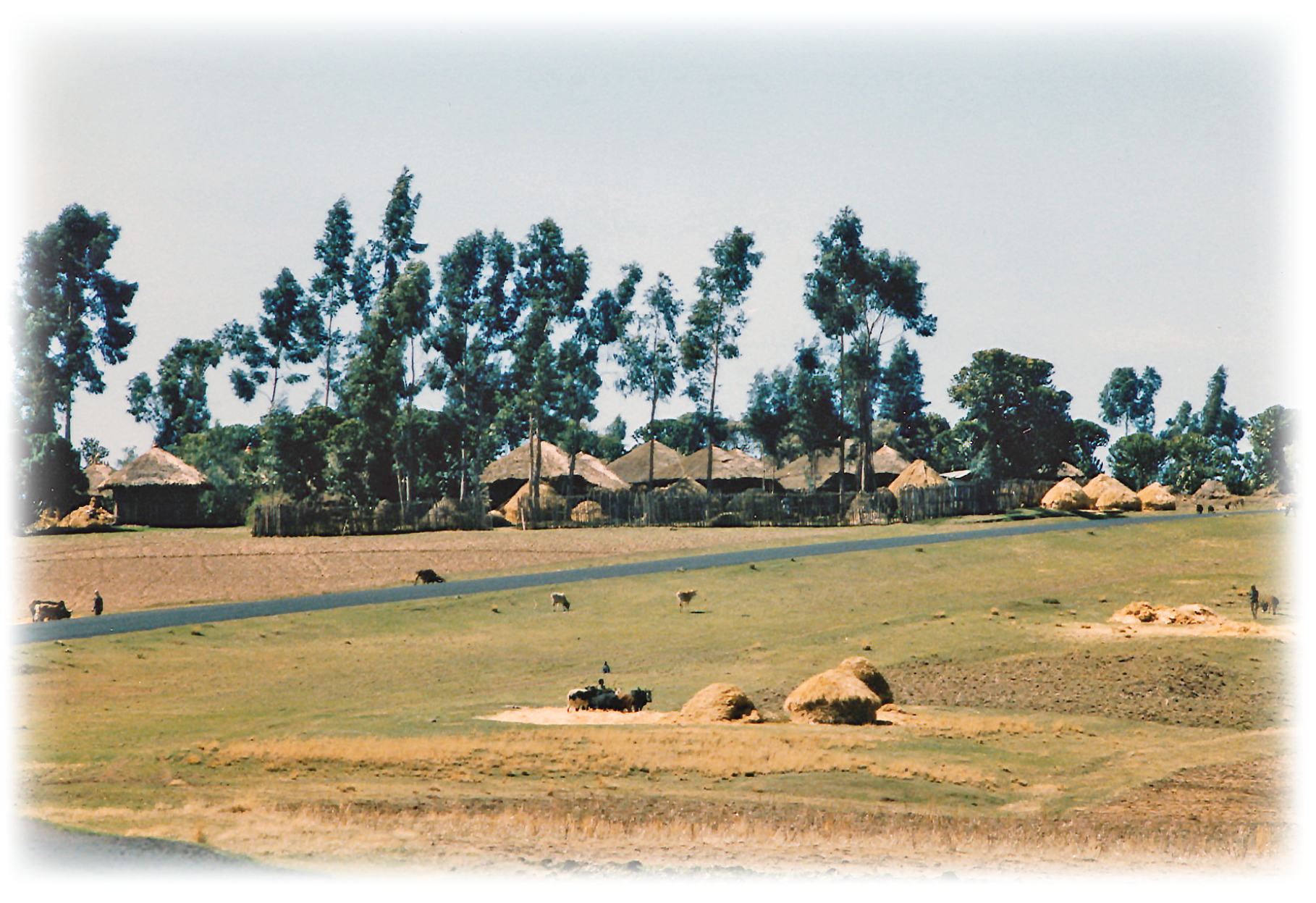 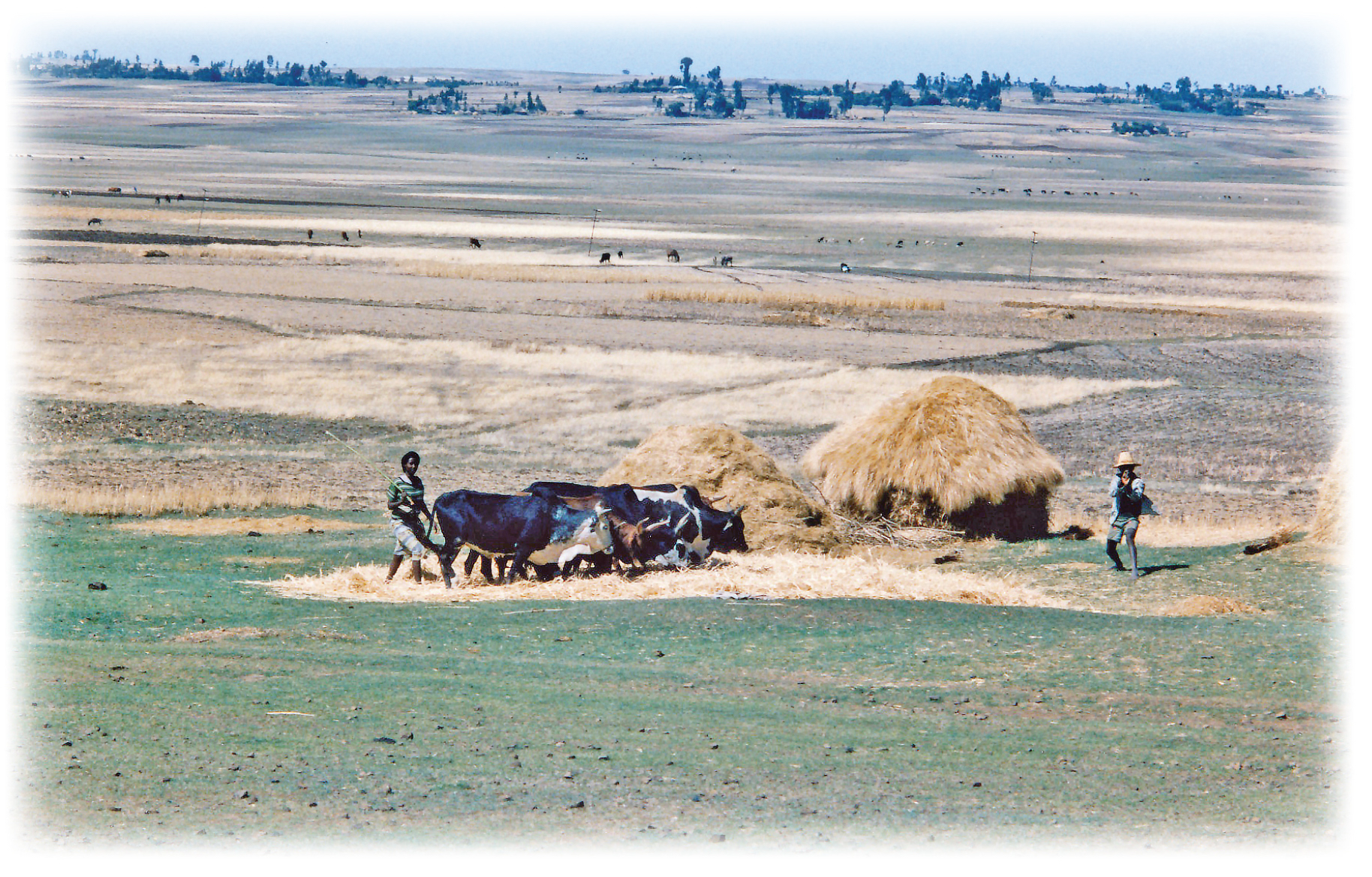 Days Of Famine And Abundance

At least on Earth
No light without shadow. No
Shadow without light.
~ Barbara Shipka
.
.
The day I visited the food distribution site was a day of abundance beyond measure. Until the next day, that is. It’s such a paradox that so many riches were to be found in the midst of a severe famine that had, for a time, captured the world’s attention.
.
I’ve written a few stories now about people who were caught in the challenging circumstances of famine. But that’s not the whole story of my experience in Africa. Quite the opposite is true. As you can see from the two photos above, there were prosperous villages. In other words, not all of Ethiopia experienced hardship and famine.
.
In fact, any time there is a narrative that is monolithic, not balanced, we can be sure we’re not getting the whole story; that some aspect or aspects of the story are invisible to us. We see this in the principle of yin and yang. The two sides are both opposites and complements. Together they create a constructive tension and a state of balance.
. 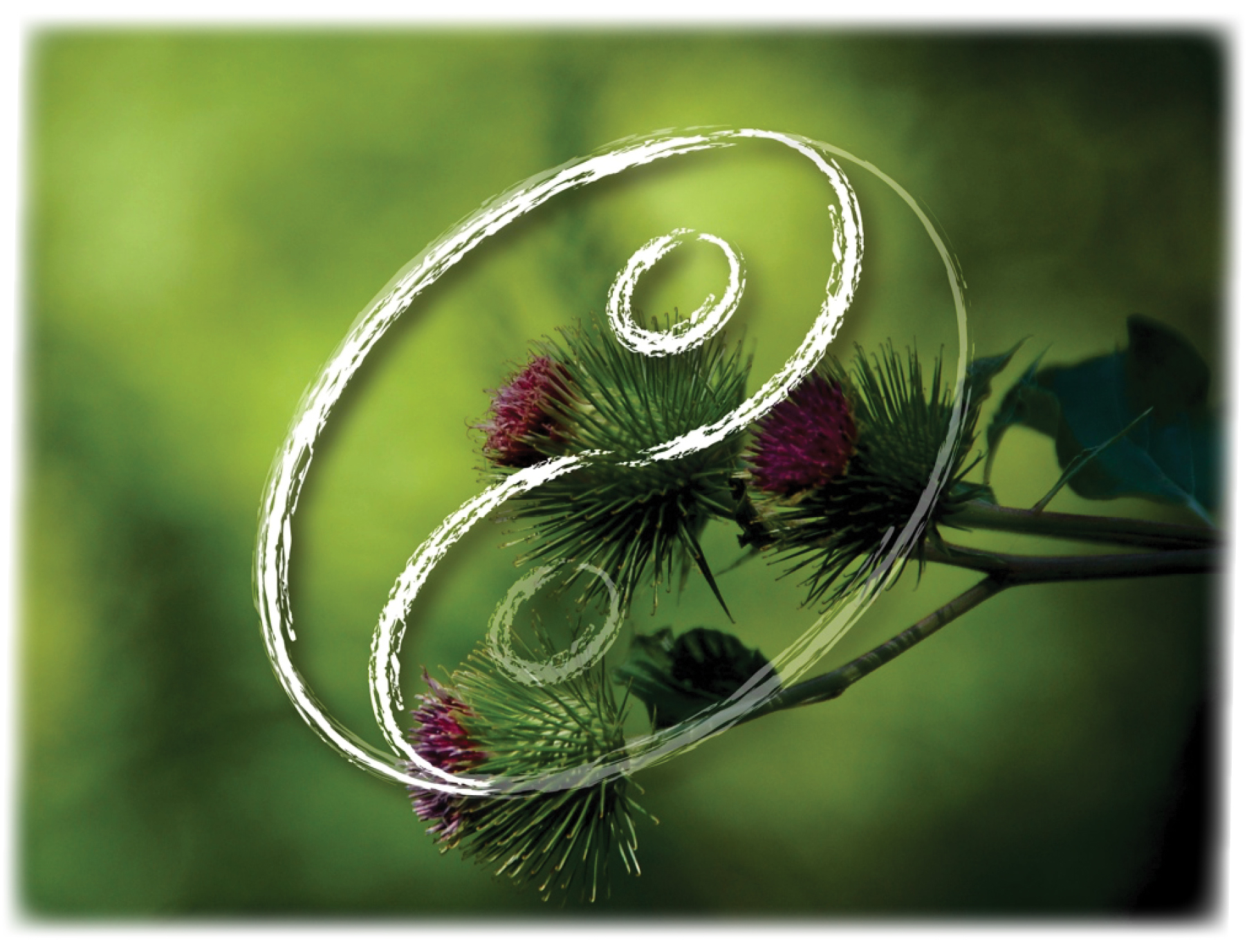 .
So here’s just a bit of what I saw beyond witnessing the food airlift, unloading, and distribution. In addition to seeing the harvest happening in near proximity to the food distribution site, I visited a thriving camel market and a village market. I visited an Ethiopian Christian monastery. I also visited a walled fortress and palace compound that is hundreds of years old, built around the same time the Pilgrims landed at Plymouth Rock, and was the seat of Ethiopian emperors. I was also taken to the headwaters of the Blue Nile. I had never even heard of the towns I visited before this trip. Yet, the area has a long, rich history and, on this day, it was teeming with life!
.
Quite a rich couple of days all the way around!
.
.
At the camel market
. 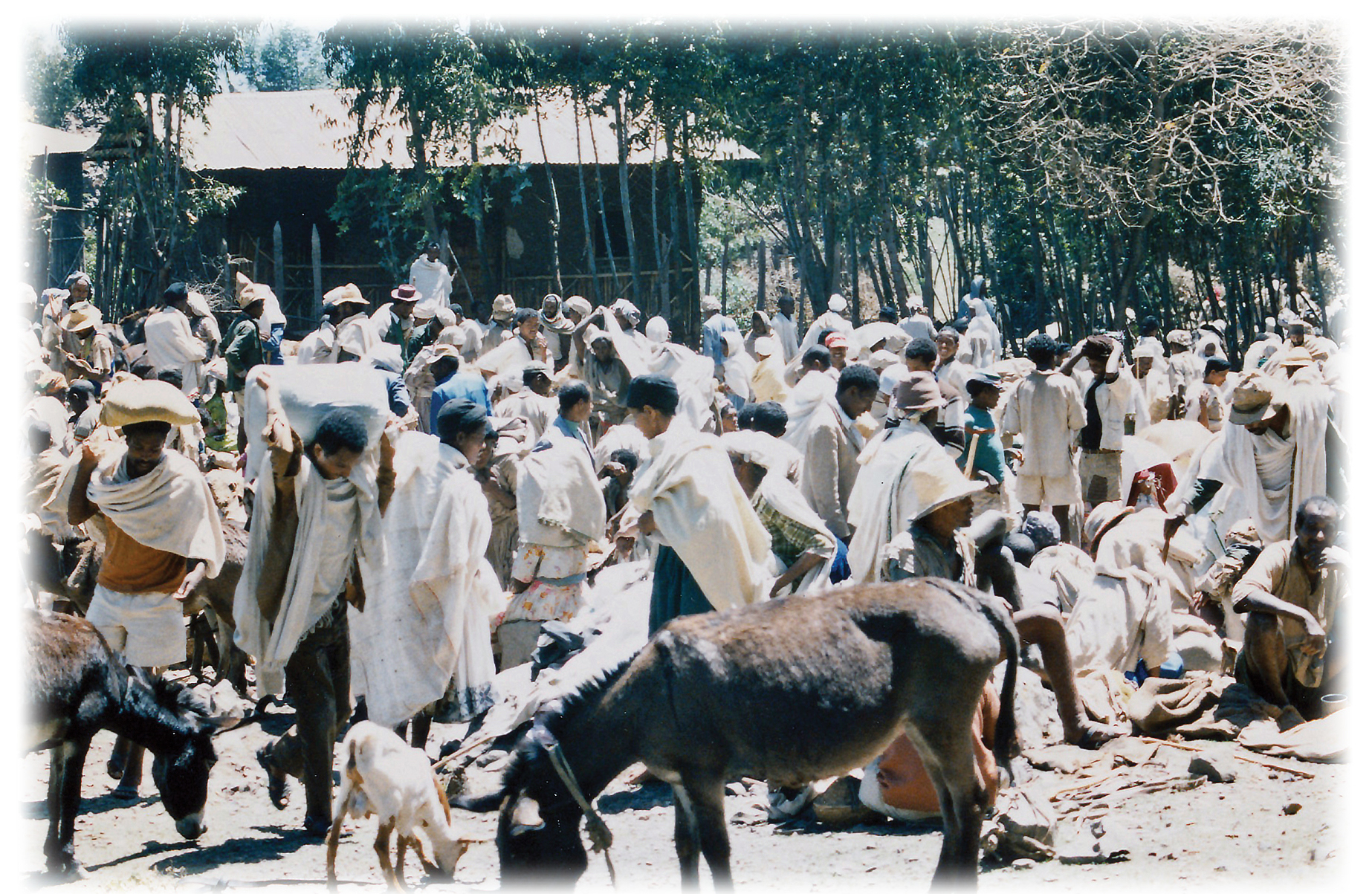 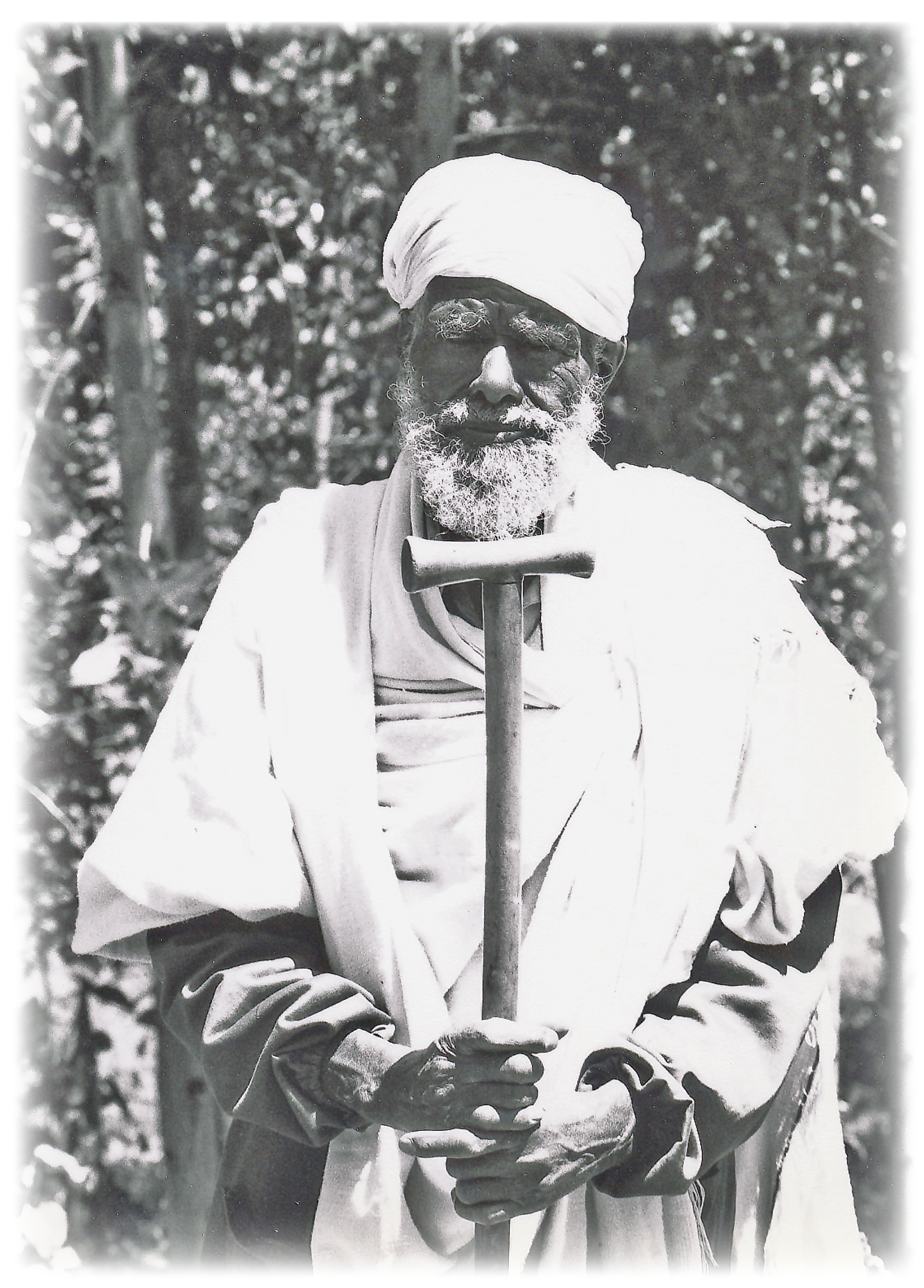 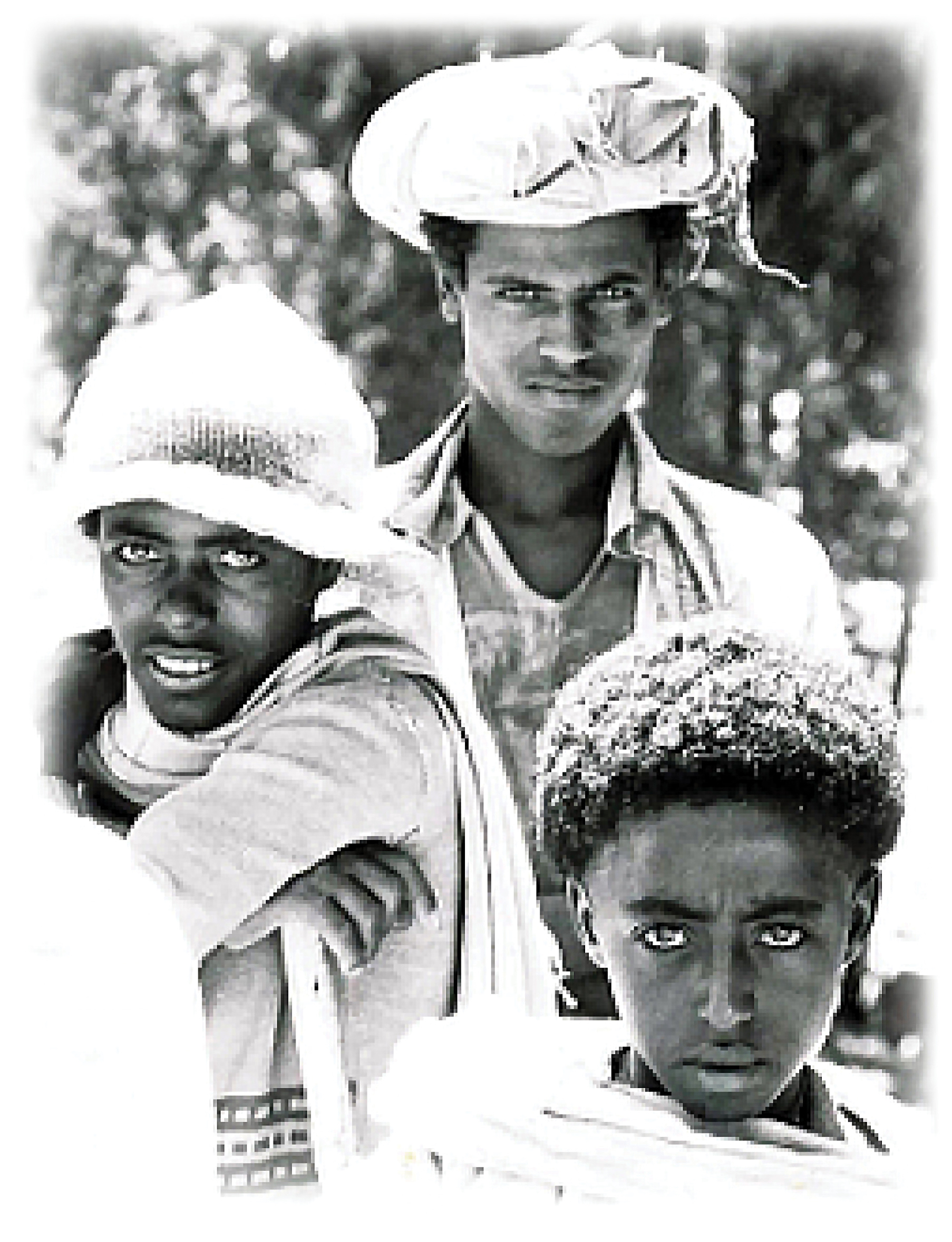 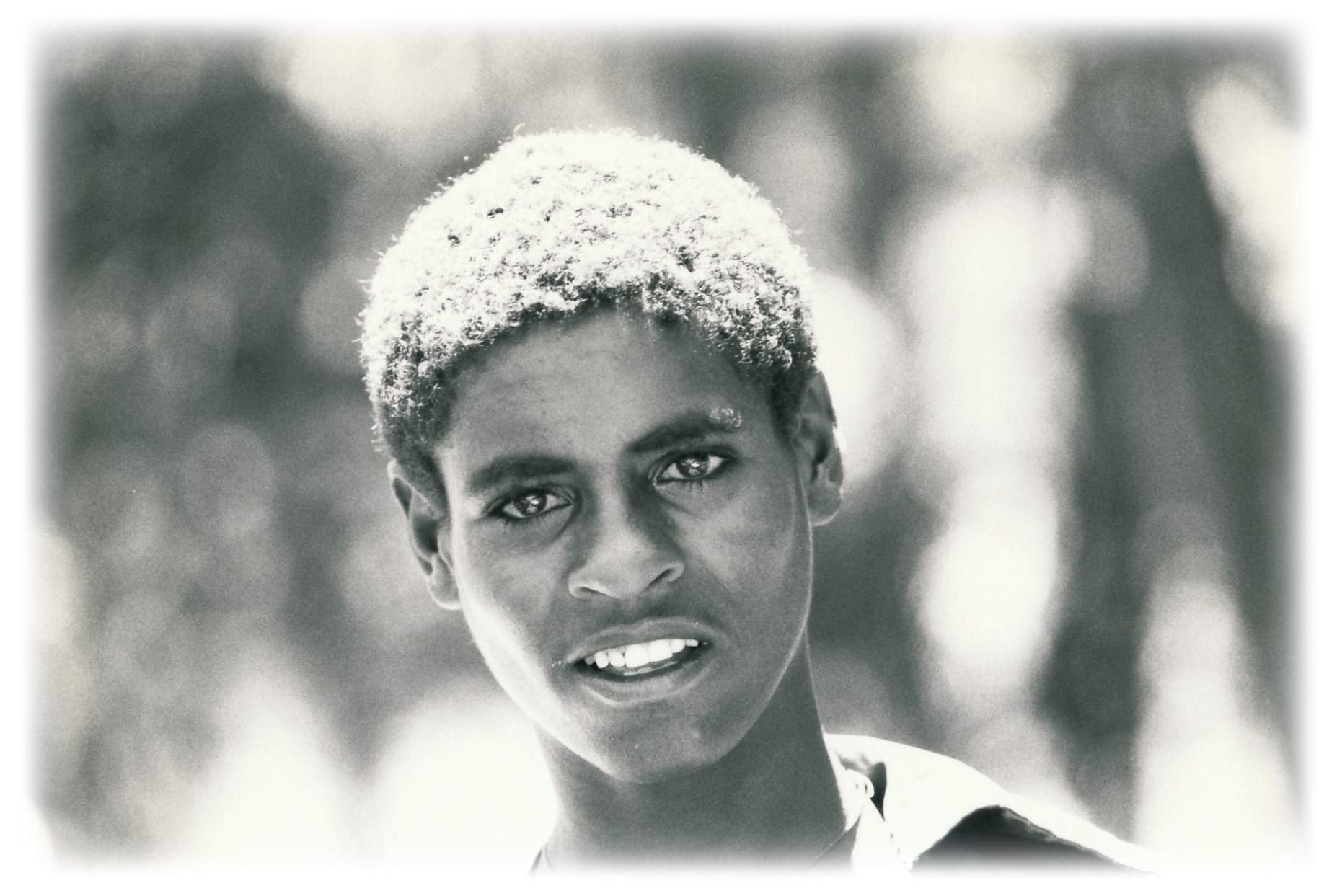 Mothers and babies at the village market
. 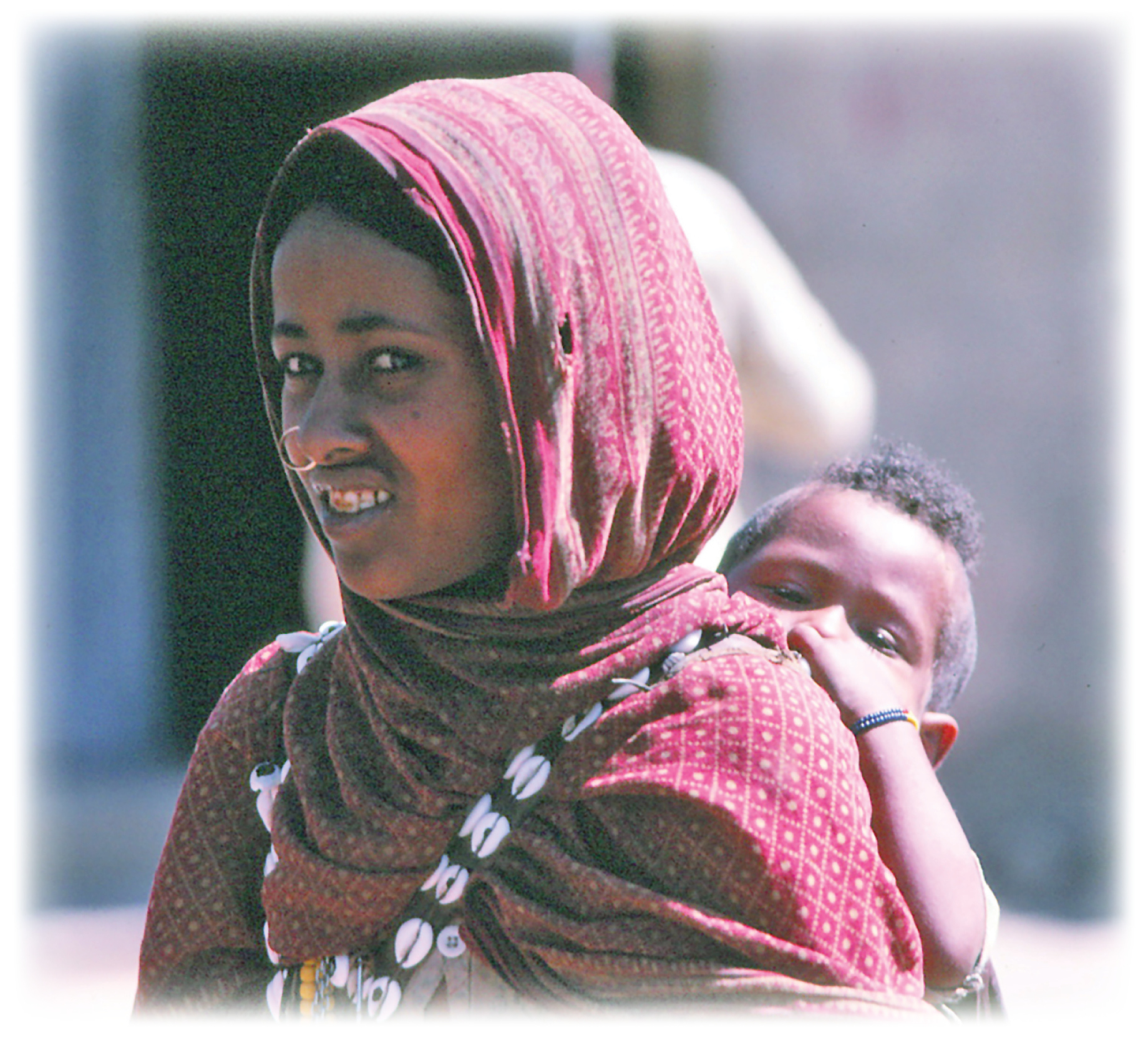 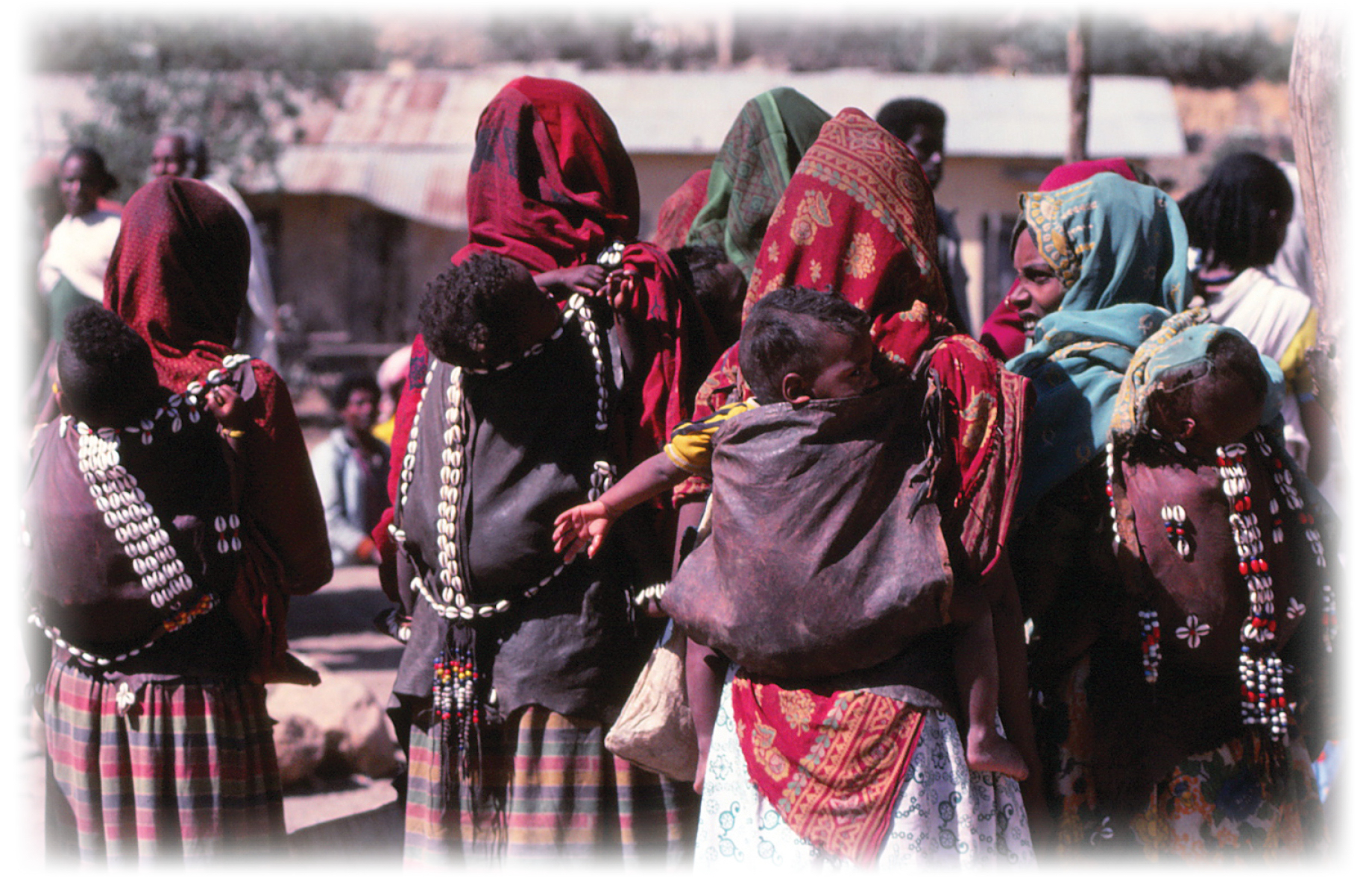 Monks at a Christian monastery
. 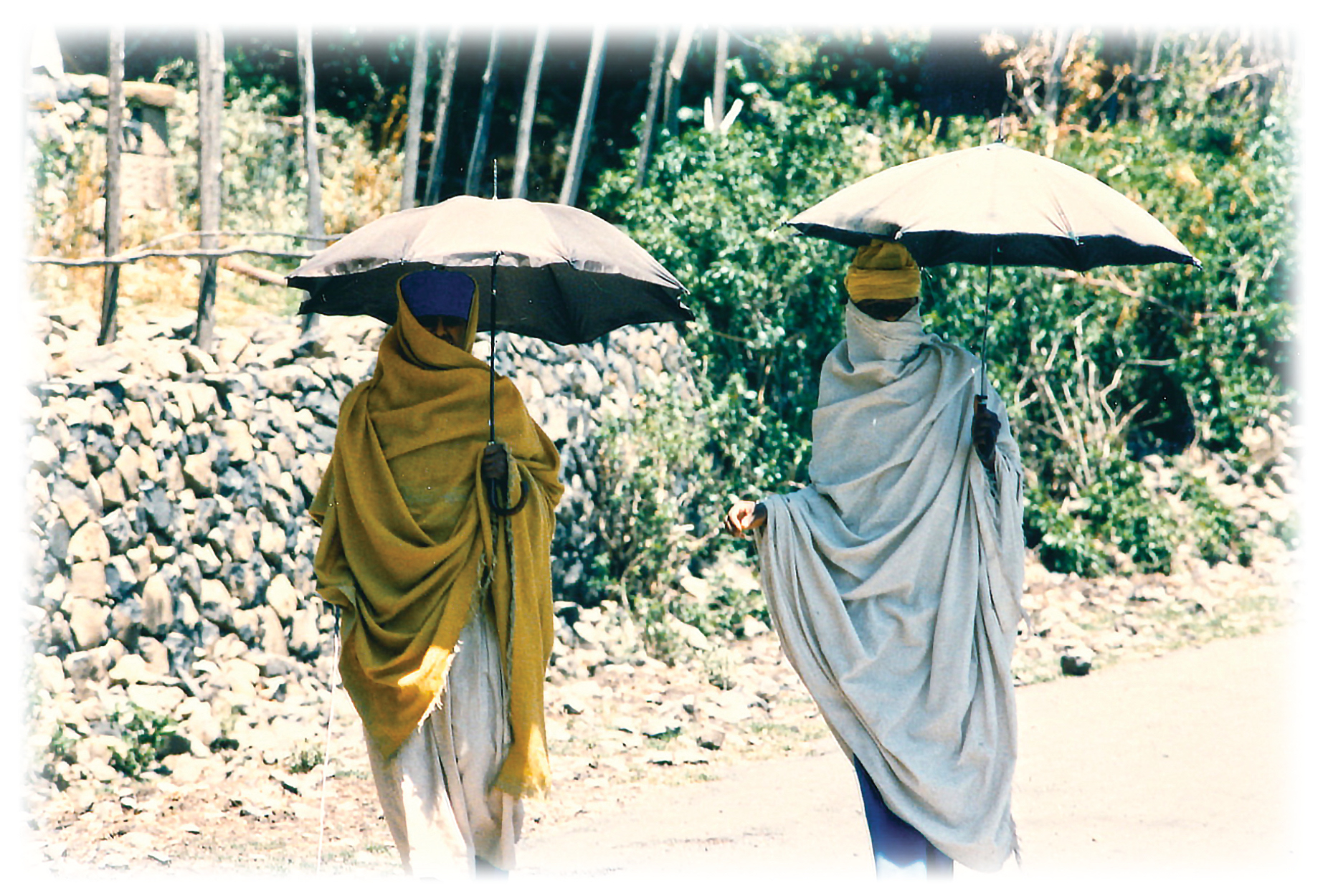 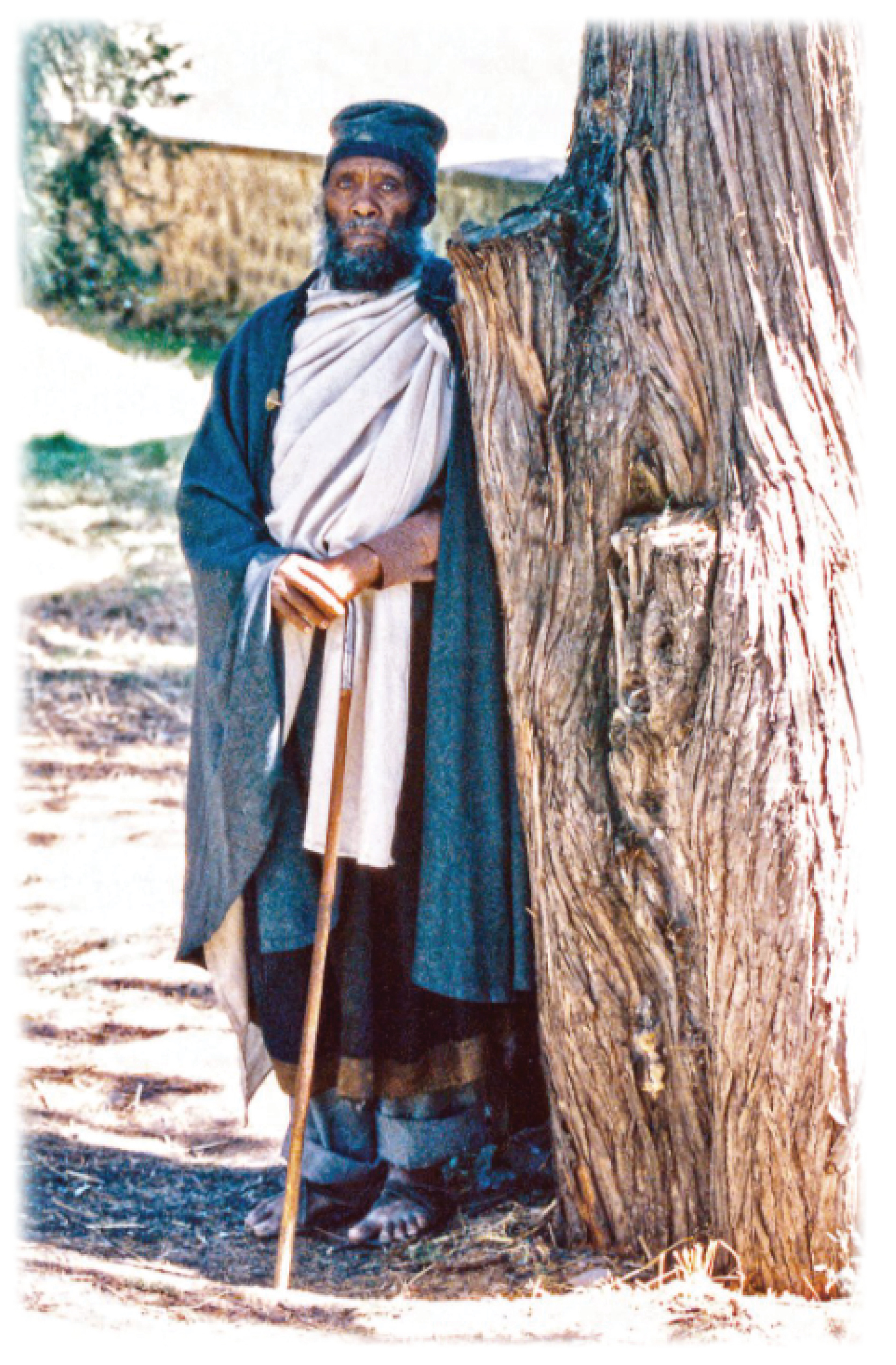 A bit of the 17th century fortress and palace compound in Gondar; the home of Ethiopian emperors.
. 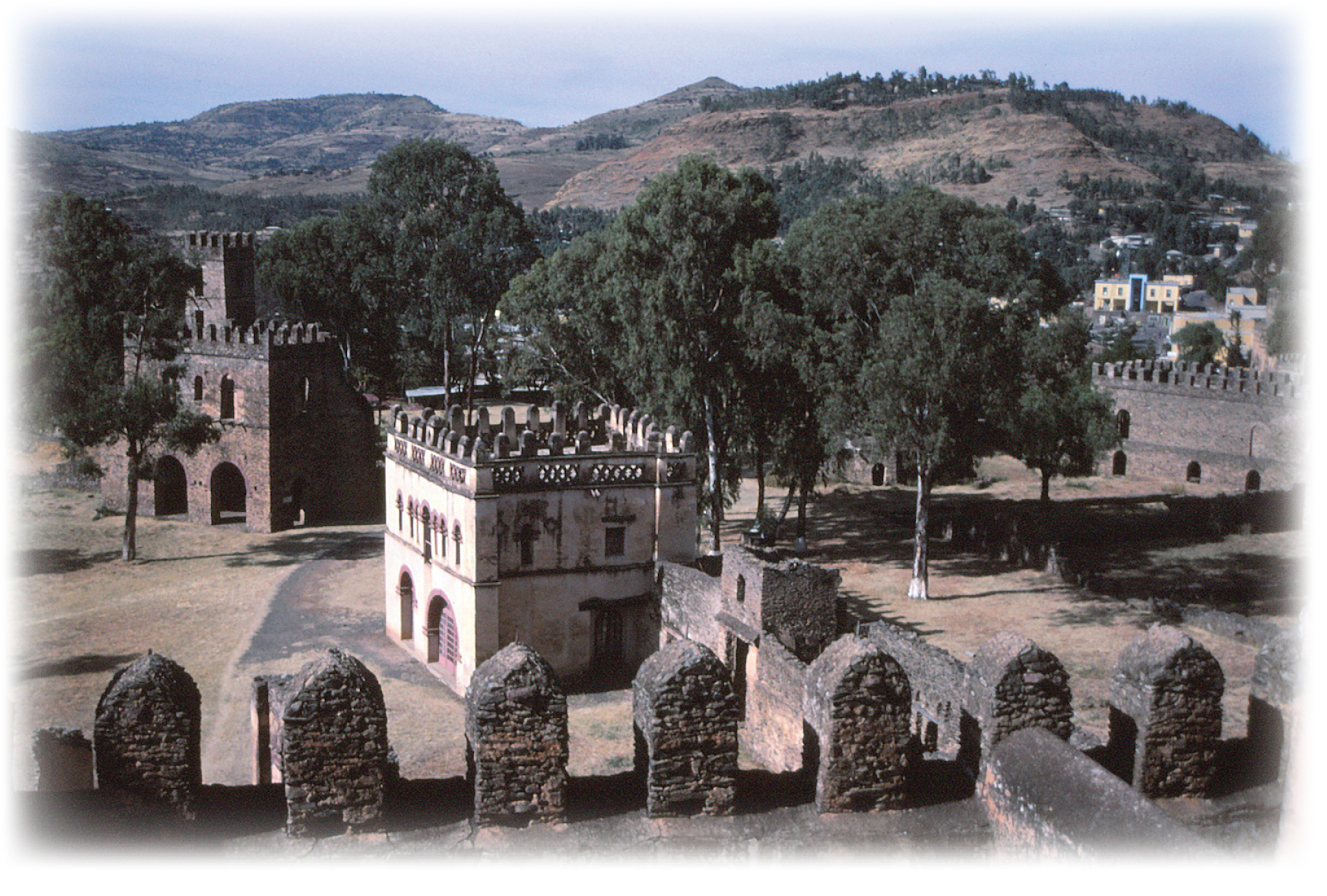 Where the Blue Nile begins its 4000+ mile journey to the Mediterranean.
It joins the White Nile in Khartoum to become the longest river in the world.
.