The unleashed power of the atom has changed everything except our thinking.
Thus, we are drifting toward catastrophe beyond conception.
We shall require a substantially new manner of thinking if mankind is to survive.  ~ Albert Einstein

Life without playing music is inconceivable for me….I live my daydreams in music.I see my life in terms of music.
If I were not a physicist I would probably be a musician. ~ Albert Einstein

I’ve only been to New Zealand once. Again, the synchronicities were noticeable.

I saw the headline when I landed in Aukland after the seemingly endless flight from the US. The Chernobyl nuclear reactor had blown sky high while I was traveling. I THOUGHT I was in New Zealand just to visit a friend in Wellington and then to tour the South Island for a bit.

Now, however, with the news of this disaster in the USSR, the world’s focus was on how much fallout there would be, where the winds were blowing, where radiation would land, and what the ramifications would be. I remember that a big question that loomed was, “Is it safe to drink the milk?” People in the Northern Hemisphere – especially in Europe – anxiously waited to learn of their fate. They had no control over where, when, or how much radioactive fallout would affect their lives and the lives of their future generations.

In fact, New Zealand looked especially inviting because it already was a nuclear free zone. In fact, in spite of pressure from the US, two years earlier the Prime Minister had barred nuclear-powered or nuclear-armed ships from entering New Zealand waters or using New Zealand ports.

I seriously considered moving to New Zealand. I even contacted a real-estate agent and looked at properties. It was definitely a fork in the road of my life. In the end, I chose to return to a life of familiar ‘nuclear’ connection, community, and closeness at home in the US – even with the potential for experiencing radioactive fallout should another accident occur someday. At the time, I saw it as a quality of life over quantity of life decision. 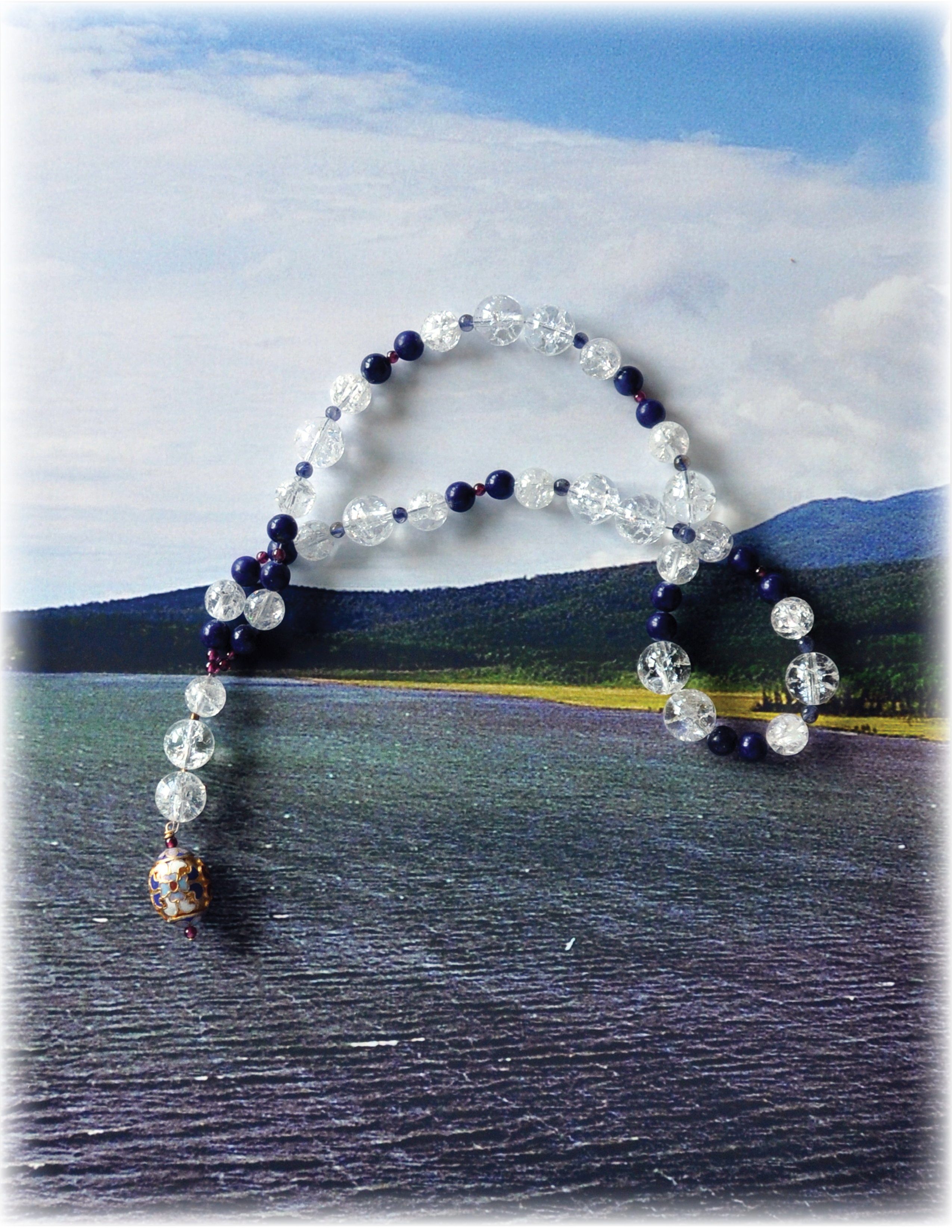 As I drove through the beautiful pastureland and mountains of the South Island, I had the radio on. It was mostly news about the unfolding disaster. There seemed to be an emphasis on the question of whether milk was safe to drink. Paradoxically, every now and then the same commercial would come on. It had Louis Armstrong singing one of my favorite songs: What a Wonderful World. As if that wasn’t paradox enough, the commercial was an advertisement for MILK.

Music is life itself.  ~ Louis Armstrong

This set of prayer beads, one of the 44 StoneCircles, is named Ahhh! It sits by Lake Baikal in Russia. Lake Baikal holds 20% of the world’s fresh water. Water has long been a symbol used to display nature’s harmony. The number 7 as, for example, in the notes of a musical scale is key for this necklace. Infinite and beautiful musical complexity comes forth from the basic simplicity of seven notes. Read more about Ahhh! It emerged in 2002.