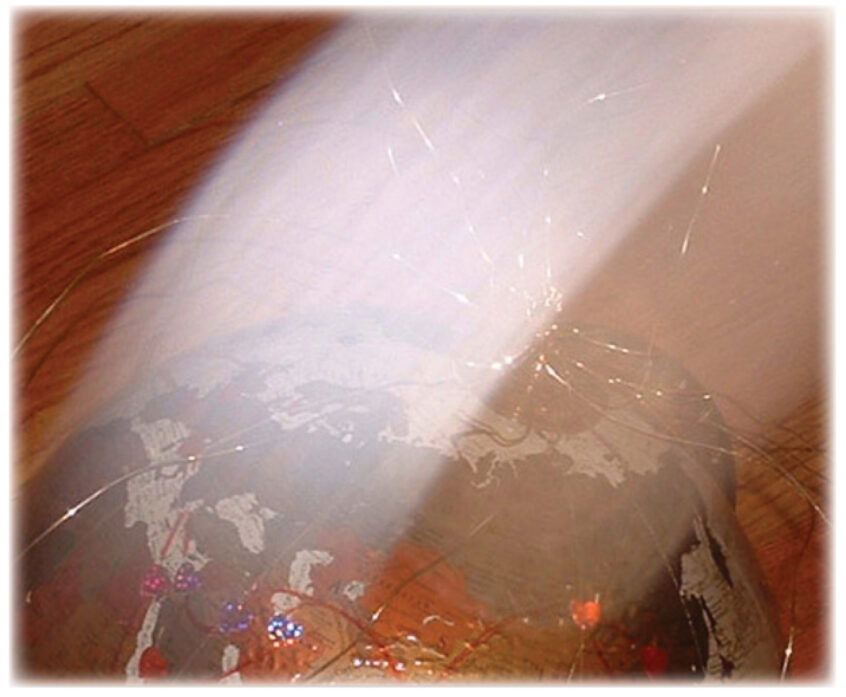 Four years passed from the time I made the first necklace for myself until the healing grid of light around Mother Earth was revealed. The first two years saw the emergence of The StoneCircles and The Celestial Rays. During the next two years there were three major threads that took place.

First, I spent time listening for the unfolding story that resulted in The Star Tetrahedron, the healing grid of light, around Mother Earth.

Second, I spent most weekends taking the stones out into the world via expos, health fairs, conferences, and house parties. And, of course, whatever sold at these events needed to be replaced so during the week I was busy stringing to replace them. In addition to lugging the heavy stones to all of these events (why didn’t I work with fabric or feathers or something else light?), I also wanted to display them well, show their beauty, and tell their story. One way I did that was to display the large map of Mother Earth’s necklace on two easels. Then I hung The Celestial Rays in the order of their story over the map (image below.)

Third, several new Healing Stones collections emerged including Music of the Spheres which is associated with the planets and other celestial bodies in our solar system and Infinite BlessSings which is associated with stars in The Milky Way. In addition, there were Blessing the Way stones for expectant parents and BirthSongs for children. And more. 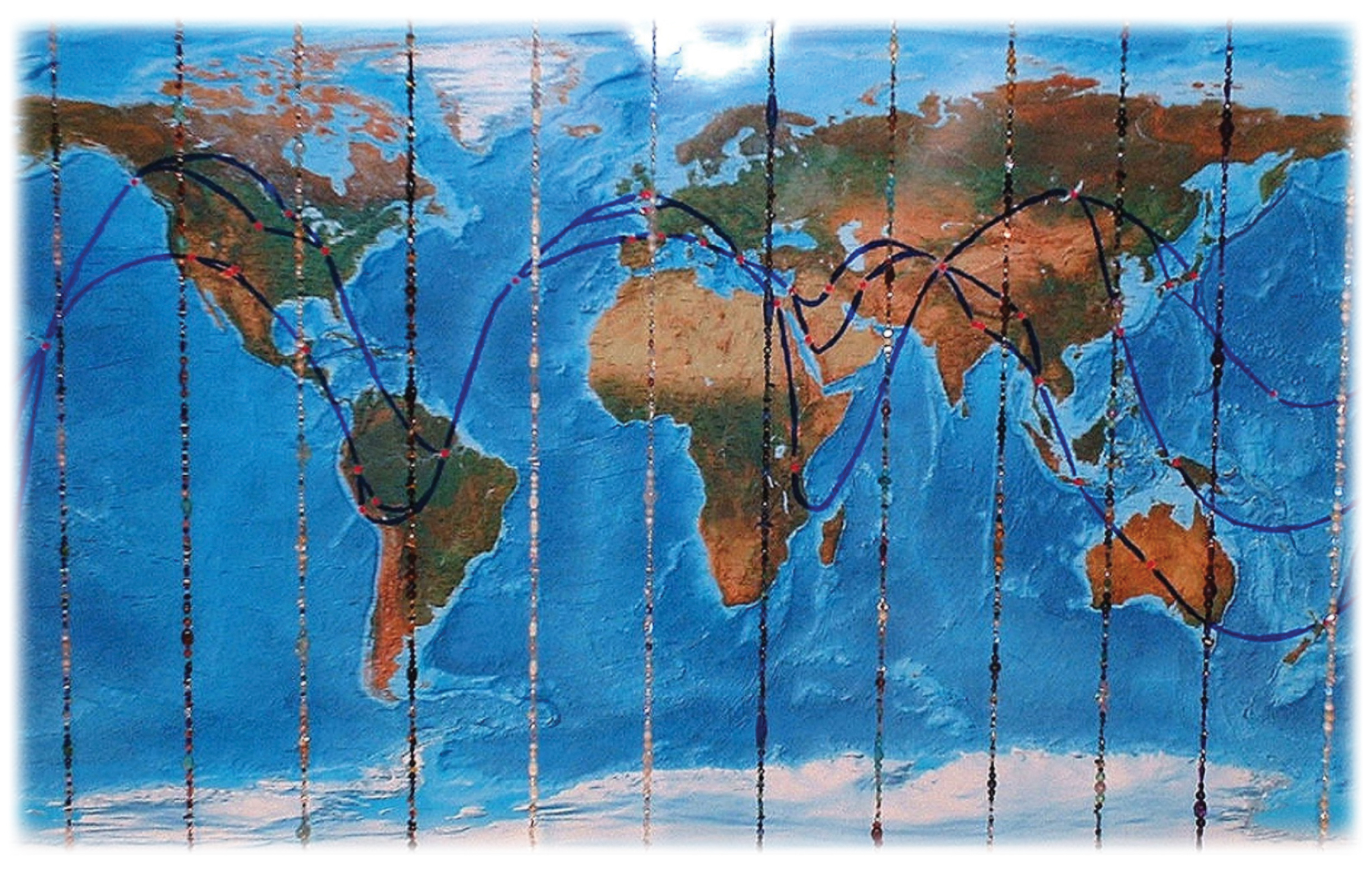 Eventually, I got tired of hauling the cumbersome map and easels around so I decided to buy a globe and decorate it as a representation of how, together, The StoneCircles and The Celestial Rays formed a healing grid of light around the earth. I called the decorated globe “my science project.”

Early one morning when it was still dark outside, I decided to photograph my science project. After I took the first photo, it seemed like the flash had not worked so I took a second photo. When I looked at the two photos on my computer, the photo with the light was a total surprise and I wondered, “What is going on here?” (The photo just below is the second photo and the photo below that with the light is the first.) 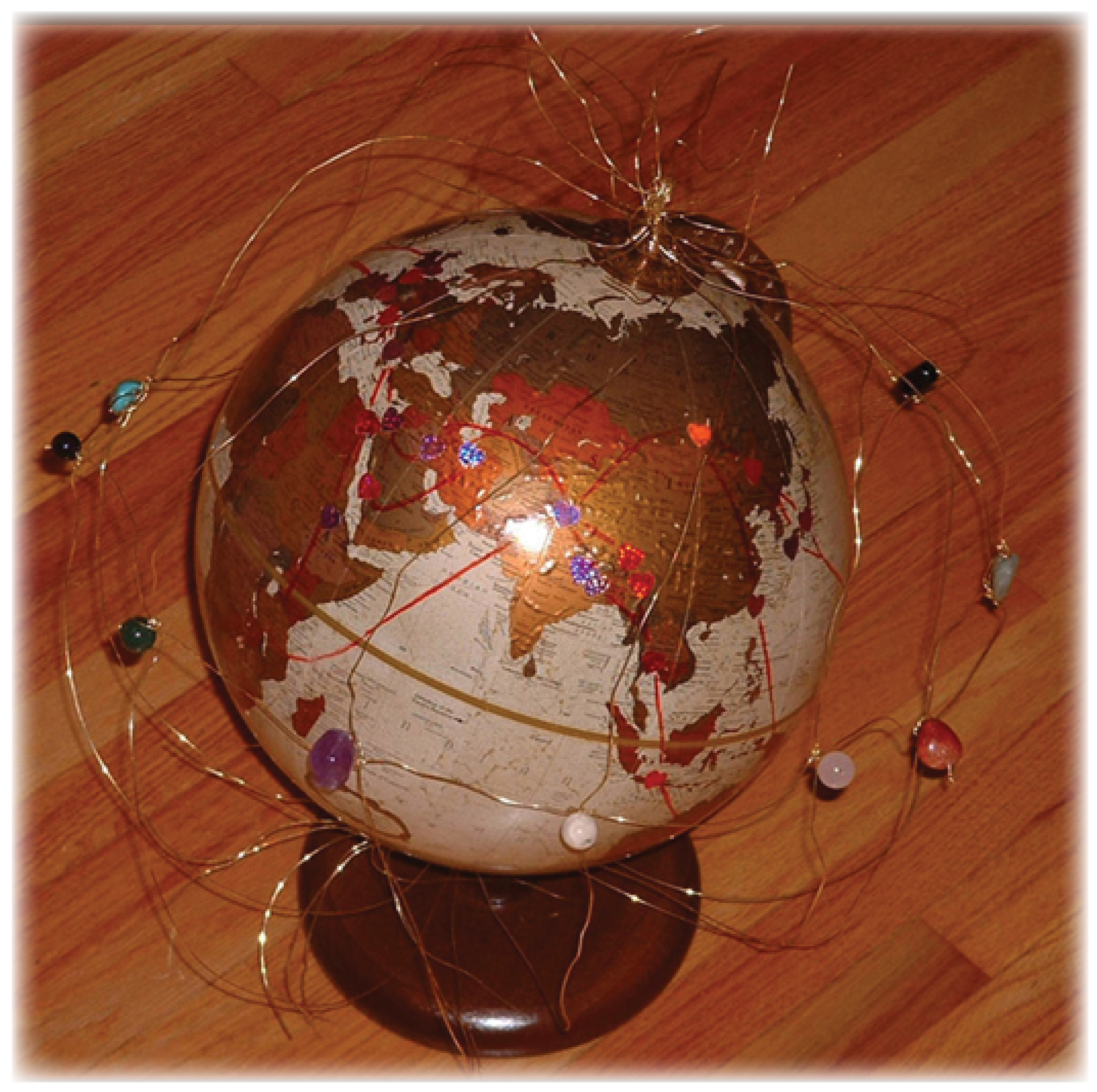 Next I noticed that the light is bent. And it is focused only on the globe and nowhere else. How did that happen and what did it mean? Here I only have hints. Light bends when it passes from one medium to another. Perhaps the light in the photo came from the angelic realms (one medium) and passed through to the earthly realm (another medium). 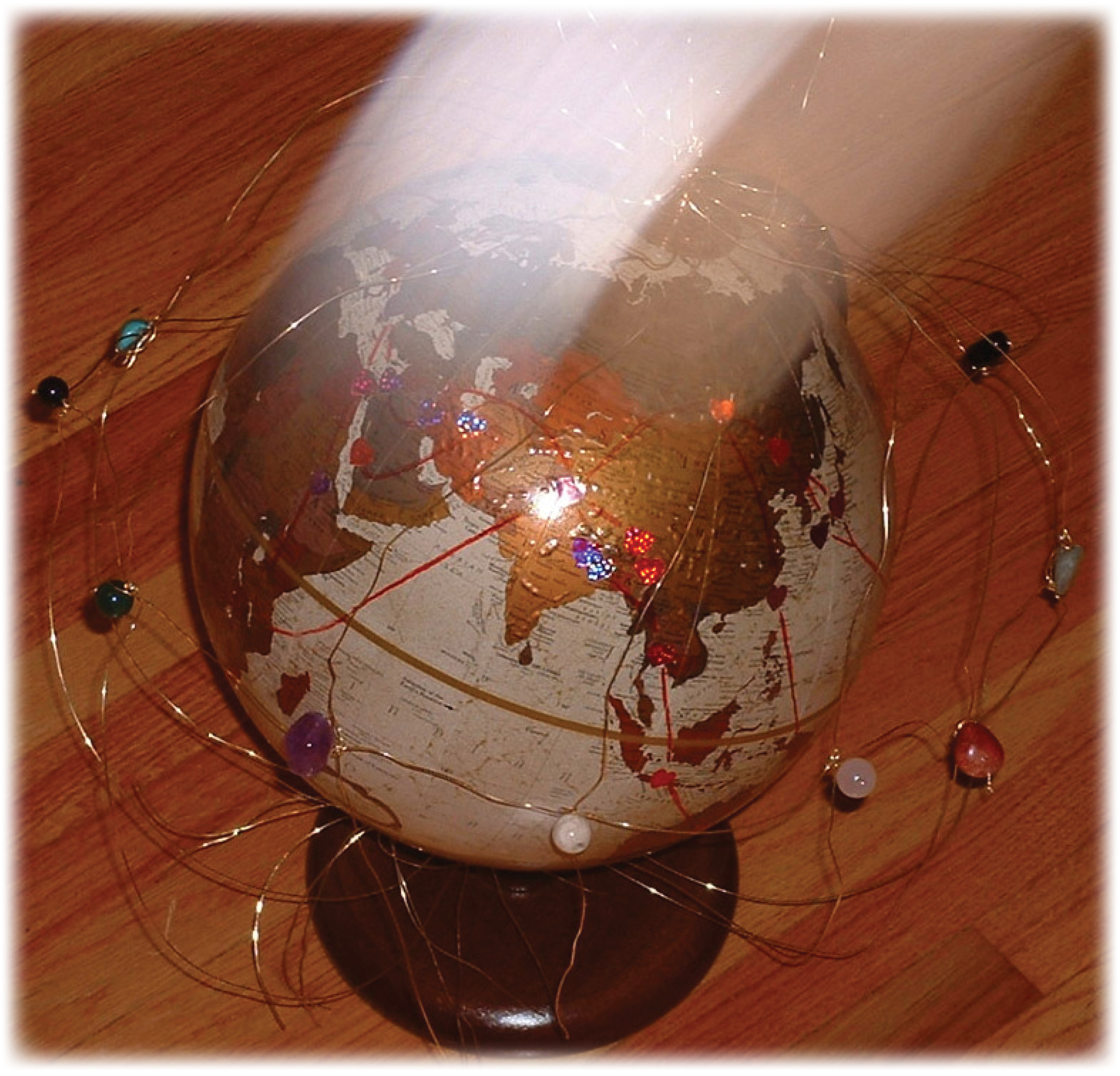 I expect it’s possible that there is a logical, rational, scientific explanation for how this light came to be. And, if, in honor of how alchemy is the place where science and magic intersect, a scientific explanation is presented to me I will take it into account. However, until now, I am witness to and deeply appreciate the breathtaking magic of the bent white light. As I look at the photo with the light, both then and now, I feel the gift, the affirmation, the miracle, the Mystery. And the magic.

Alchemy is situated at the precise crossroads of science and magic.  ~ Danny Deardorff