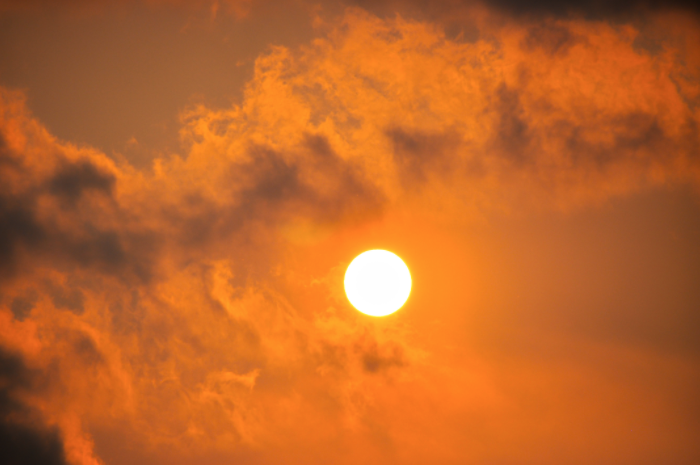 When you call yourself an Indian or a Muslim or a Christian or a European or anything else,
you are being violent. Do you see why it is violent? Because you are separating yourself from the
rest of mankind. When you separate yourself by belief, by nationality, by tradition, it breeds violence.
~ Jiddu Krishnamurti

In his compelling tale, The Storyteller, Peruvian author Mario Vargas Llosa writes about an Amazonian tribe he calls the Machiguenga. The Machiguenga are  nomads. They walk throughout the dense rainforest of eastern Peru. Their walking is imbued with deep meaning. They must walk because, in their belief system, their walking ensures that the sun will continue to rise in the sky every morning. If they stop walking, the sun will fall, leaving all life in a world of darkness.

I muse and wonder what I’m doing or not doing because I believe that, otherwise, the sun may fall out of the sky and leave our world in darkness. Inherited and traditional beliefs, often subterranean, can be so powerful that, unless and until we recognize and name them, we live as though they are ‘the truth’.

I am more aware than ever of the powerful role beliefs and assumptions play in our lives and where they take us – especially when we come to think of them as ‘the truth’. Sometimes when we become convinced that we have a better line on ‘the truth’ than others have, we can slip into some level of intolerance toward those who see ‘the truth’ differently.

In the 1970s I worked first as a school teacher and later as a leadership director for a global nonprofit educational organization. When I decided to move back to Minneapolis, a friend there helped me find a job in a major corporation. In this new position, I would spend some of my time in plants where avionics were manufactured for the US military. Some of my nonprofit colleagues were quite dismayed by my choice. I admit that I also carried some righteous judgments about education and nonprofit work as being more noble than for profit work. And I had trepidations about working in a corporation. I expected that people might be less tolerant and more narrow-minded than people in the nonprofit world. In fact, what I learned was the opposite. I saw that intolerance and narrow-mindedness were present in both situations. They just looked different. At the same time, people in both settings were, for the most part, generous and kindhearted. They had dreams for living a good life, sharing their gifts, and making a meaningful contribution to the world. If you imagine a continuum, the range or span of tolerance was about the same in both instances. But common agreement about what ‘the truth’ is – based on collectively held beliefs and assumptions – was quite different.

Coming to today, the differences and divisiveness in the US are showing up more and more as broad and deep chasms with no, or precious few, bridges where we are able to meet in the middle let alone visit the other side. Much of the divisiveness is sourced in our differing beliefs and assumptions about what ‘the truth’ is; about what it takes to hold up the sun.

The Westernized version of the Chinese word ‘crisis’ is made up of two characters: ‘danger’ and ‘opportunity’. Clearly we are experiencing a very large dose of both danger and opportunity at this moment. And we don’t have just one crisis. We have several that are demanding our attention at the same time: systemic racism, the exploding pandemic, record unemployment, growing communal violence, political denial and divisiveness, accelerating climate change. (Not an exhaustive list.) Each one is a major crisis in and of itself. Together, they are interlocking crises in that they impact, feed, and bleed into each other.

‘Transformational change,’ by definition, means that the outcome is unknown. It means that something old is dying and something new is being born. We have not been here before. No one has. This leaves us with some big questions: How can we most effectively diminish the danger and leverage the opportunity this time is offering us? How can we positively mine our differences for the good of all? How can we build bridges between our varied beliefs and assumptions and ‘the truth’ so we don’t fall into a world of darkness? In what ways will we, like Phoenix, rise from the ashes?

Photo by Barbara
Out our front door
Sunset, clouds, and smoke
from Canadian wildfires