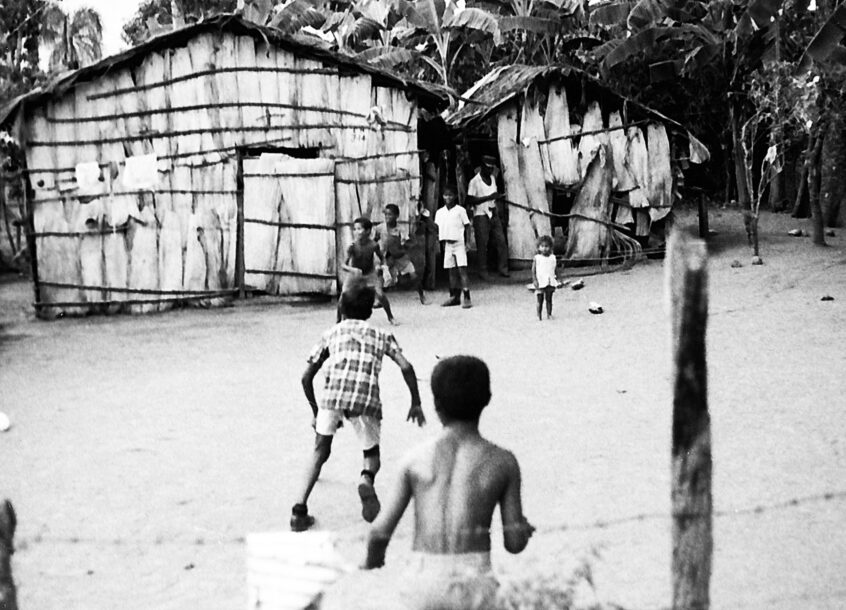 In a neighborhood of the adjacent town.
.
.
There are only two families in the world, my old grandmother used to say, the Haves and the Have-Nots.
~ Miguel de Cervantes (16th Century)
.
Interdependence is a fact, it’s not an opinion. ~ Peter Coyote
.
False hope. False promises. Real emotions. ~ Unknown
.
.
The Canadian nickel mining company was located in the center of The Dominican Republic. It’s housing compound had been built recently for the expatriate families of those who ran the mining operation. Mostly they were people from Scandinavia, Canada, and Australia. A few of us from the US taught at the US accredited company school.
.
This was considered\ a hardship post. For example, it was in the middle of the island, hours from the beaches, grocery stores, entertainment, fresh faces; with giant tarantulas and cockroaches as neighbors. Thus, many perks like housing were written into people’s contracts. The homes for the executives were spacious and new with beautiful terrazzo floors, well-equipped kitchens, multiple bathrooms, large terraces, and quarters for live-in help. The homes where I lived at the other end of the compound were more modest but still way beyond the housing in the adjacent town. We had a country club with a bar, restaurant, and lounge area. A good place for bridge tournaments. It had a swimming pool and tennis courts. Paved roads. Luxury.
.
A chain link fence surrounded the compound. There was only one way in and out. It had a locked gate and was guarded 24/7. There was a public road on the other side of the swimming pool and tennis courts. I remember that local kids would sometimes stand at the fence and watch us. They would be chased away by a guard.
~~~~~~
Baseball is really big in The Dominican Republic. Kids learn to play when they are quite young. A very few become stars. Sunset is around 6:30 or 7:00 pm. Once or twice a week there would be an evening baseball game in the town. This meant they needed lighting for the ballpark.
.
Most people in the town did not have electricity. We, on the compound, were the consumers: our homes, the school, the club. There wasn’t enough electrical power to provide for both the ballpark and the compound at the same time. The people of the town felt that they should be given priority since it was only a couple of hours once or twice a week and we had electricity all of the rest of the time. Many people in the compound didn’t want the inconvenience of not being able to have electricity for the tennis courts, dinnertime and so on, even for one or two evenings a week – especially since they had signed contracts based on receiving certain consistent amenities. That included electricity.
.
There were failed promises on both sides – often based more on perceptions and expectations than on facts. How to get whole families to leave their permanent homes to live in the middle of a third-world country for a few years? How to get a local population to accept the environmental degradation of a nickel mine and intrusion of all of the foreigners that come with it? Company promises to the breadwinners, breadwinners’ promises to their spouses, spouses’ promises to their children, and so on. Promises of money, more freedom, and an easier life. Promises agreed to even as they felt like sacrifice.
.
By definition, because of the mine, the men of the town and the men of the compound were inextricably interdependent on each other. The town provided workers for the mine; the mine provided jobs for the town’s people.
.
In spite of failed promises, somehow a compromise was required. It was not reached easily and not without a degree of acrimony on both sides. I remember the tension between the town and the compound being very high for some time after that. Just for starters, I was no longer allowed to leave the compound on my own.
.
My sense, however, is that the cause of the tension wasn’t about electricity per se. Or failed promises. Or interdependence. Rather, electricity offered a way, as a concrete symptom, to point to the myriad disparities between the two communities; between the Haves and Have-Nots.
.
.
One of the most modest homes in the compound. Photo taken from my yard. 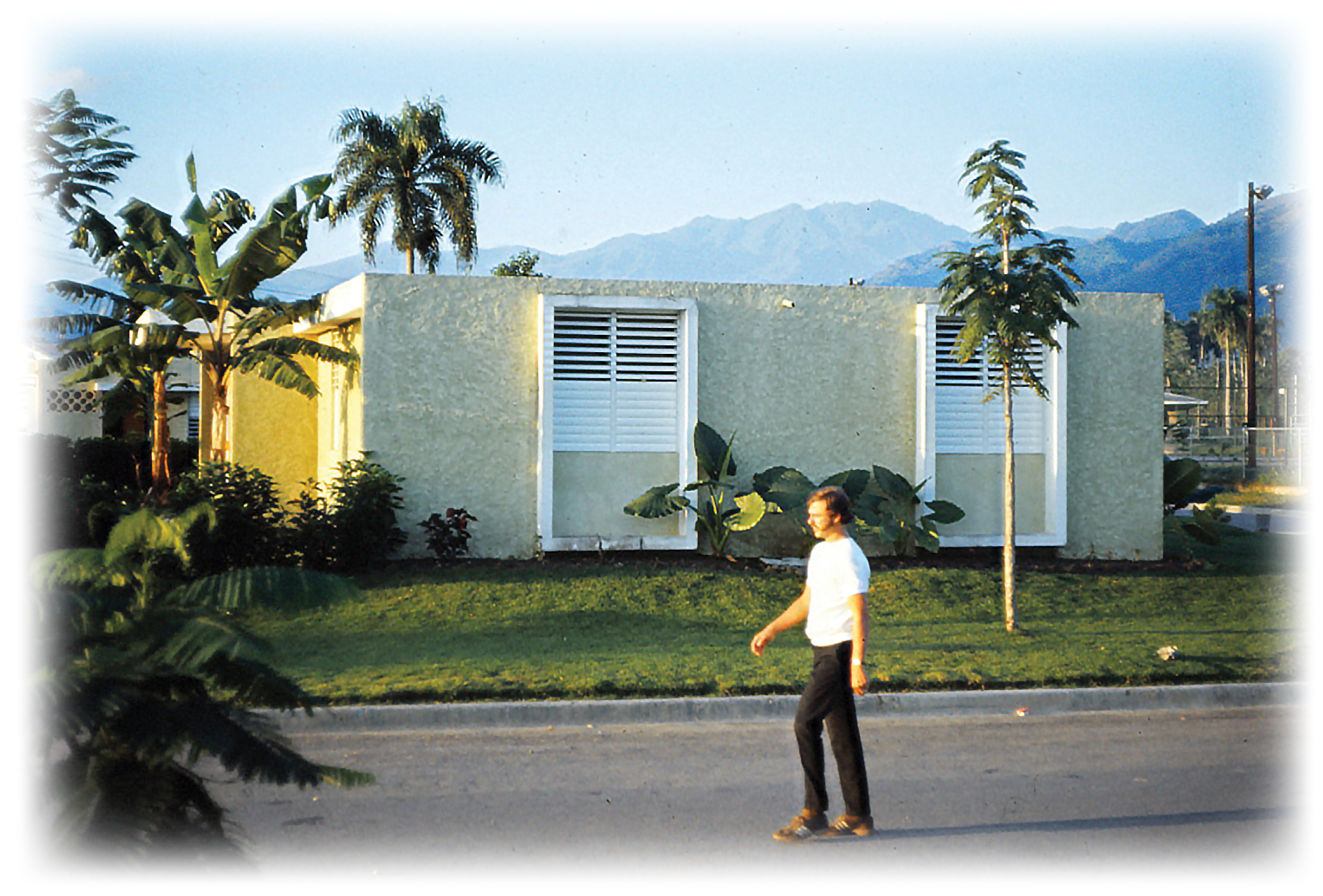 .
A garden behind an executive home.

.
.
.
Photos by Barbara
Bonao, Dominican Republic, 1973
Scans of 35mm slides
.One of the most modest homes in the compound. Photo taken from my yard.