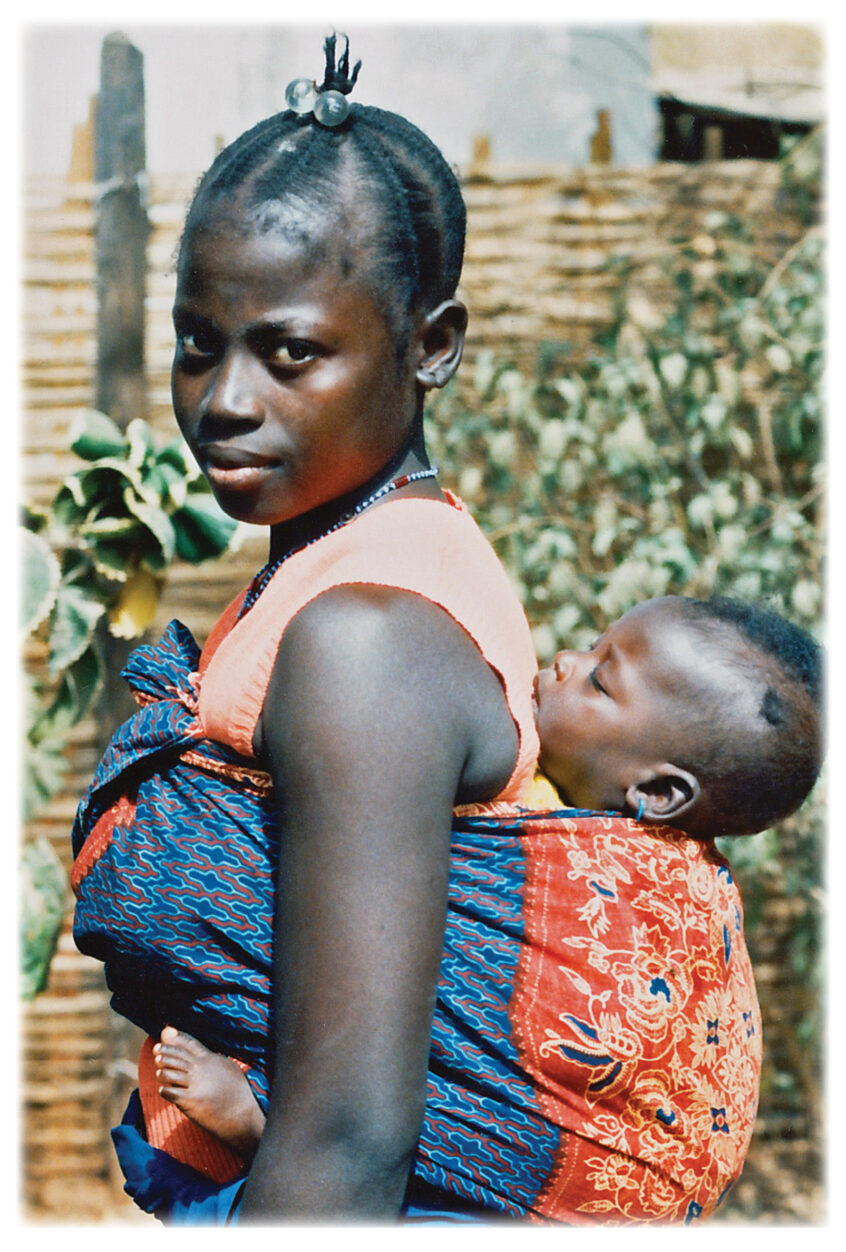 Babies And Children Then
Parents and Grandparents Now

.
Population growth is straining the Earth’s resources to the breaking point,
and educating girls is the single most important factor in stabilizing that.
That, plus helping women gain political and economic power
and safeguarding their reproductive rights.
~ Al Gore
.
As I looked through old photos from Africa, I became aware of how many I took of women with babies on their backs and of small children. So many!
.
That awareness led me to wonder about population growth in Africa. I have known – intellectually – that the population of Africa was growing rapidly since I heard Paul Erlich, author of The Population Bomb, speak when I was in graduate school in the early 1970s.
.
These photos make it real for me. They were taken almost 40 years ago. This means that most of those babies and small children – if not all – in the photos have had children and grandchildren of their own! That’s at the personal or individual level.
.
I wondered, what about the continent as a whole? So I did some research. When I went to Africa in the early 1980s, the population had just passed over the 500 million mark. It has almost tripled since then to 1.4 billion. And by 2025 it will have more than tripled to over 1.5 billion. (Figures vary from source to source.)

.
The story continues below.
.
More mothers and babies 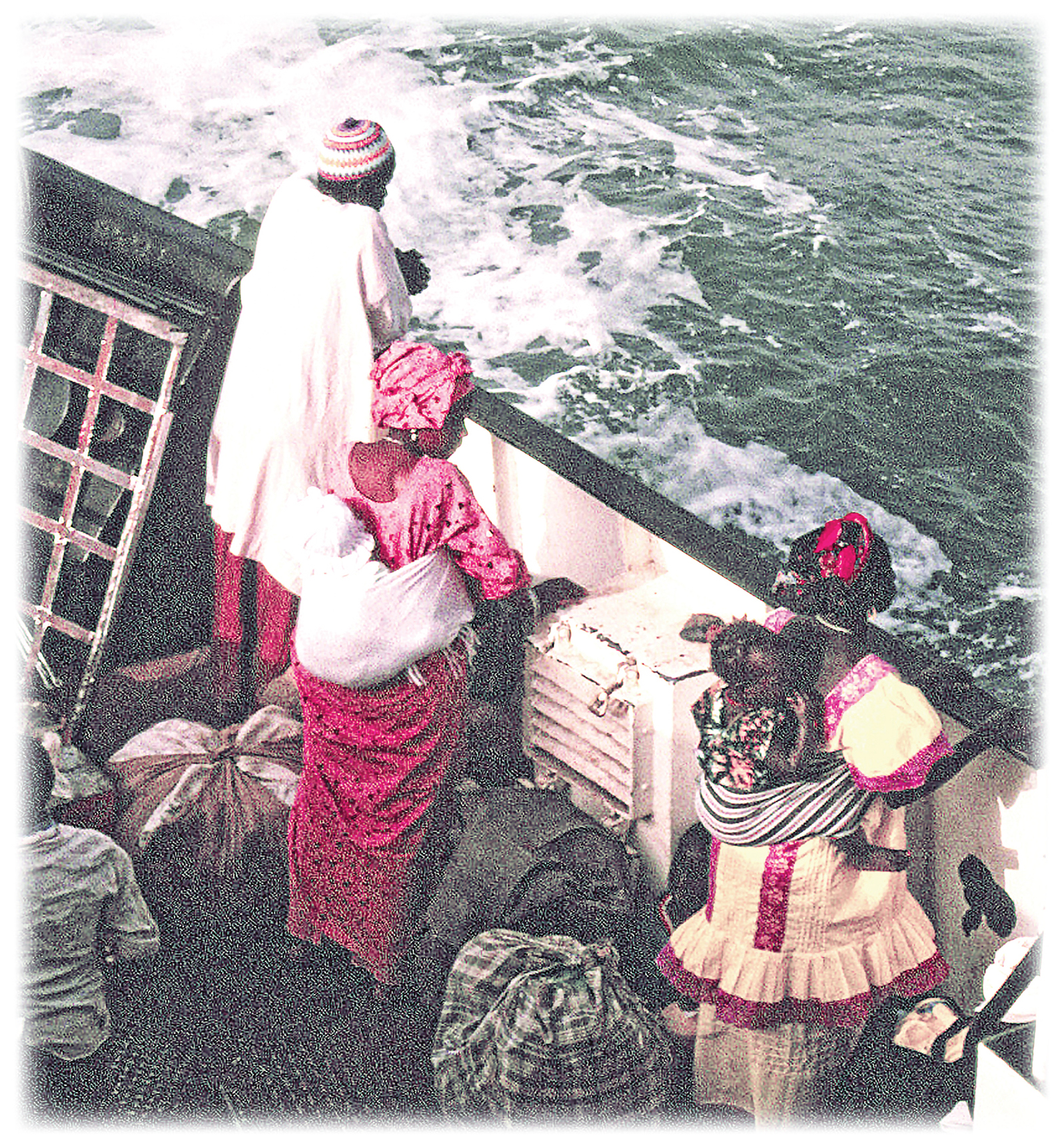 Children everywhere; some with babies on their backs. 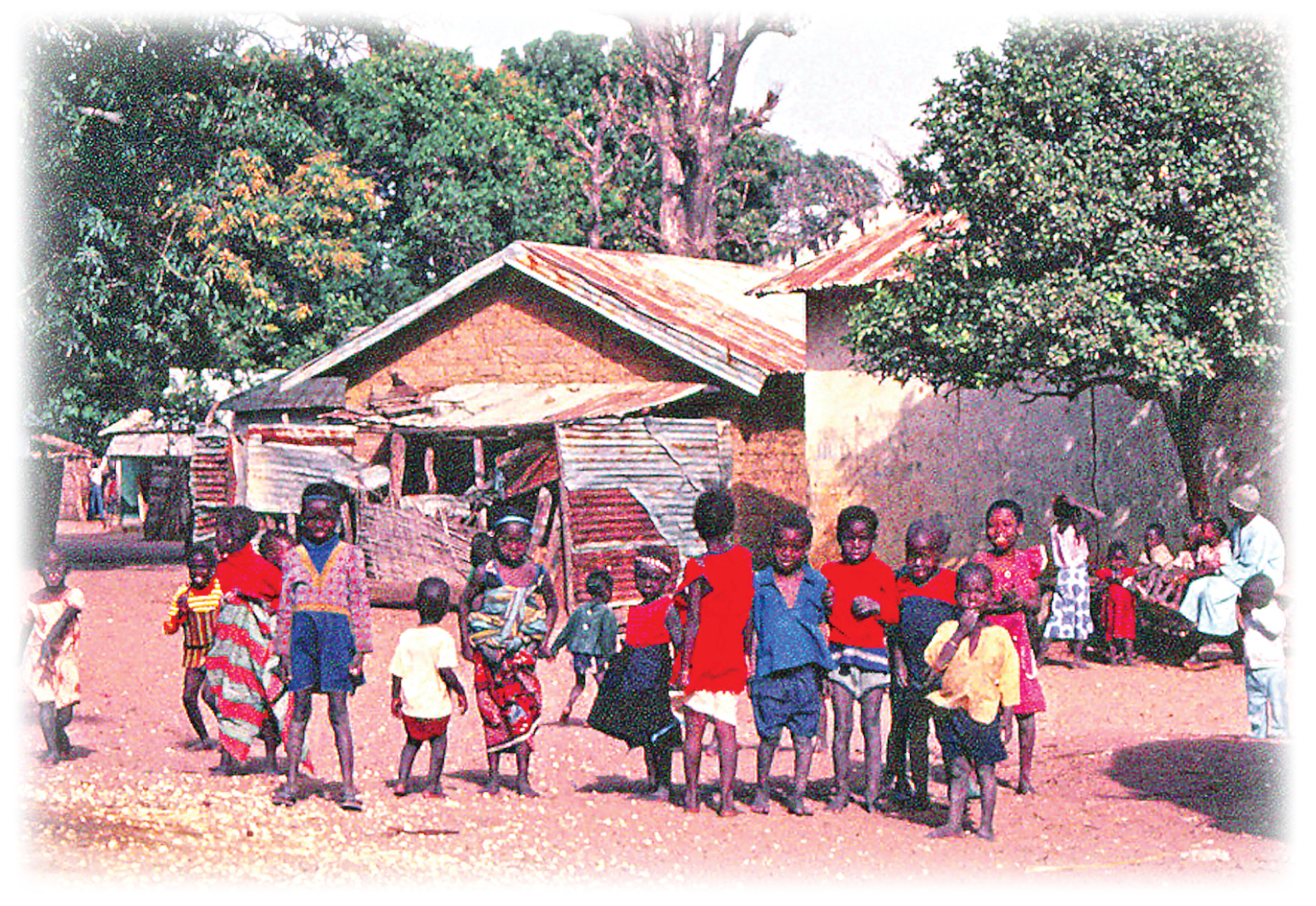 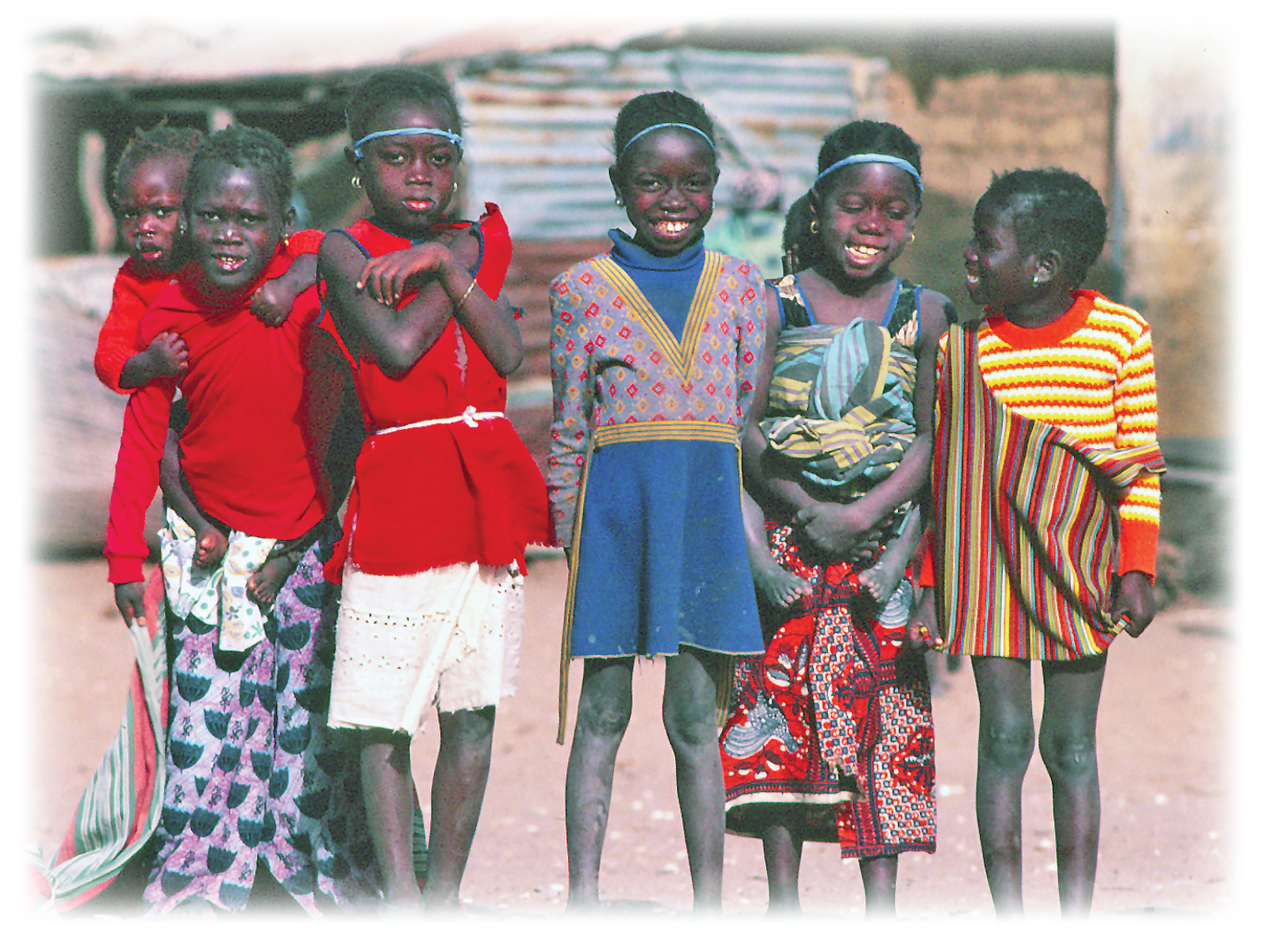 Trish and John sitting in the shade of their Save the Children truck. 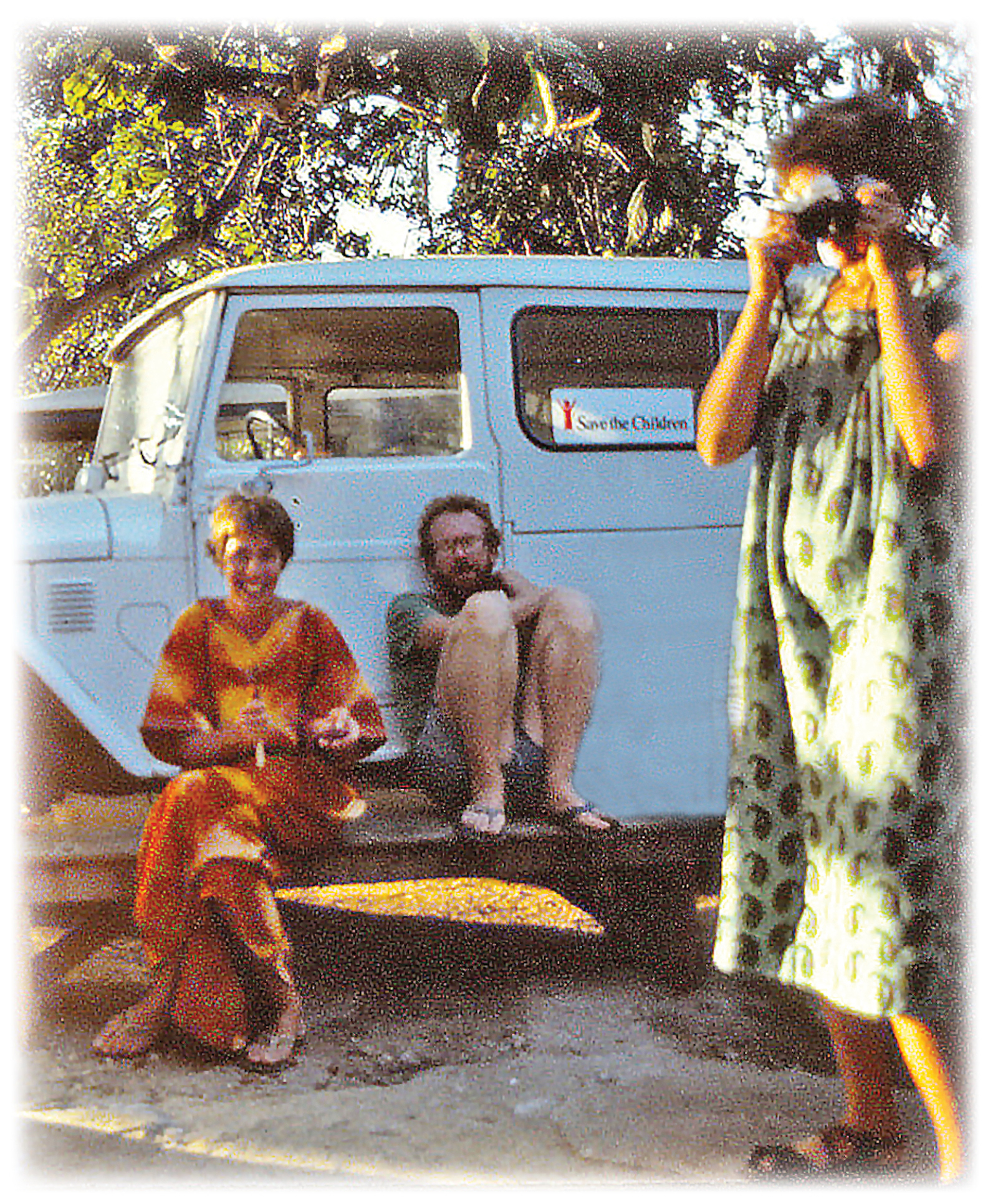 I met Trish and John in Somalia. On the day the photo above was taken, several of us had driven to where they lived in southern Somalia near the refugee camp where they worked. We stayed the night. No running water or electricity: cup showers and kerosene lamps. Lots of exotic jungle sounds. Quite different from the desert Mogadishu. During the day we had gone to a secluded beach on the Indian Ocean. A fisherman familiar to them took our dinner orders of lobster, white fish, oysters, and more. Then he fished for it and brought it to us. We cooked outside on an open fire. What a memorable experience. But I digress.
.
The main point here is that when I visited them in The Gambia, Trish and John still worked for Save the Children but now, rather than having a focus on refugee relief, their work centered on education – for girls as well as boys.
.
I’m fairly confident that none of the women I photographed with babies on their backs had ever gone to school. I’m reposting some photos because they so clearly tell the story of bringing education to the rural village.
. 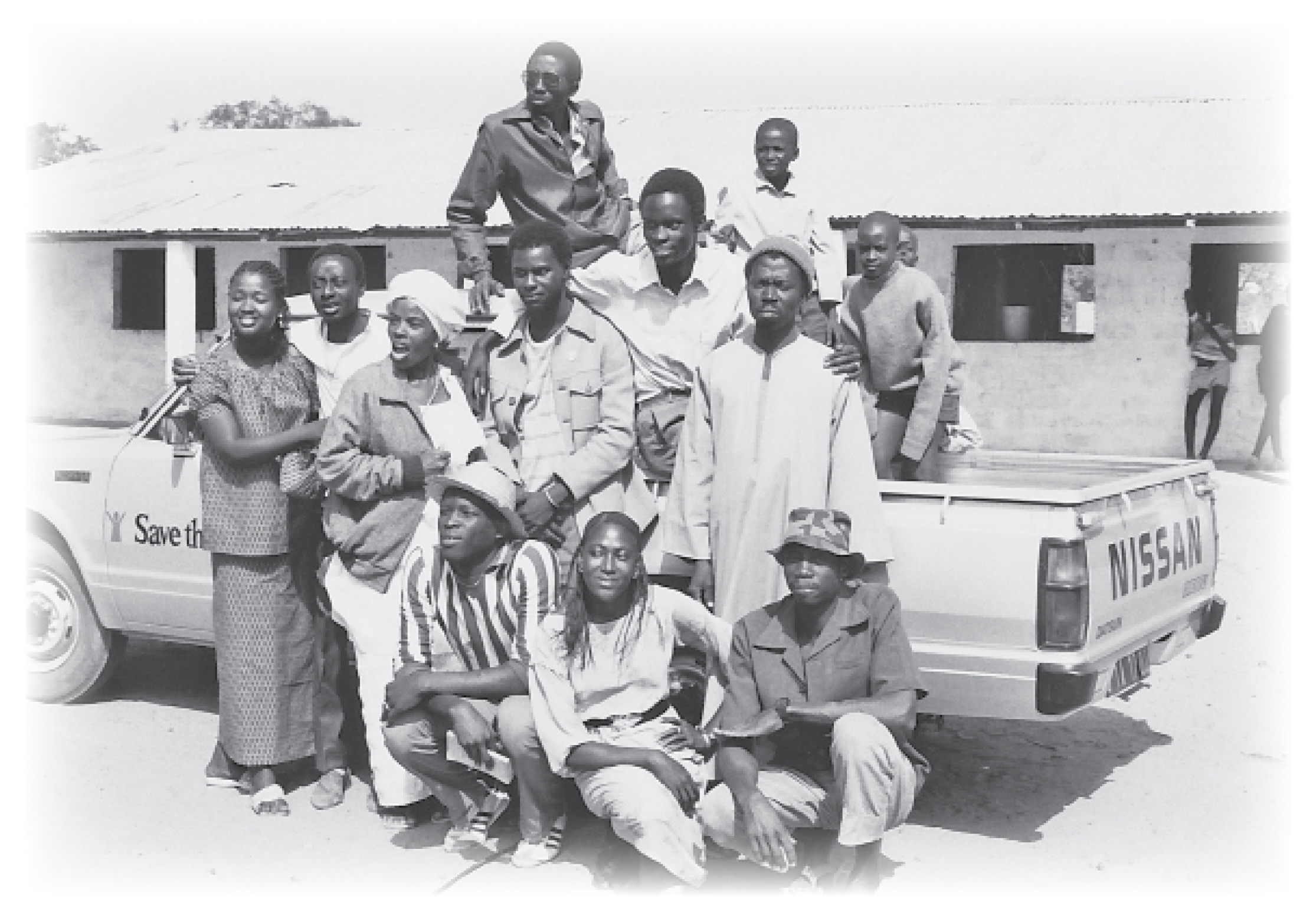 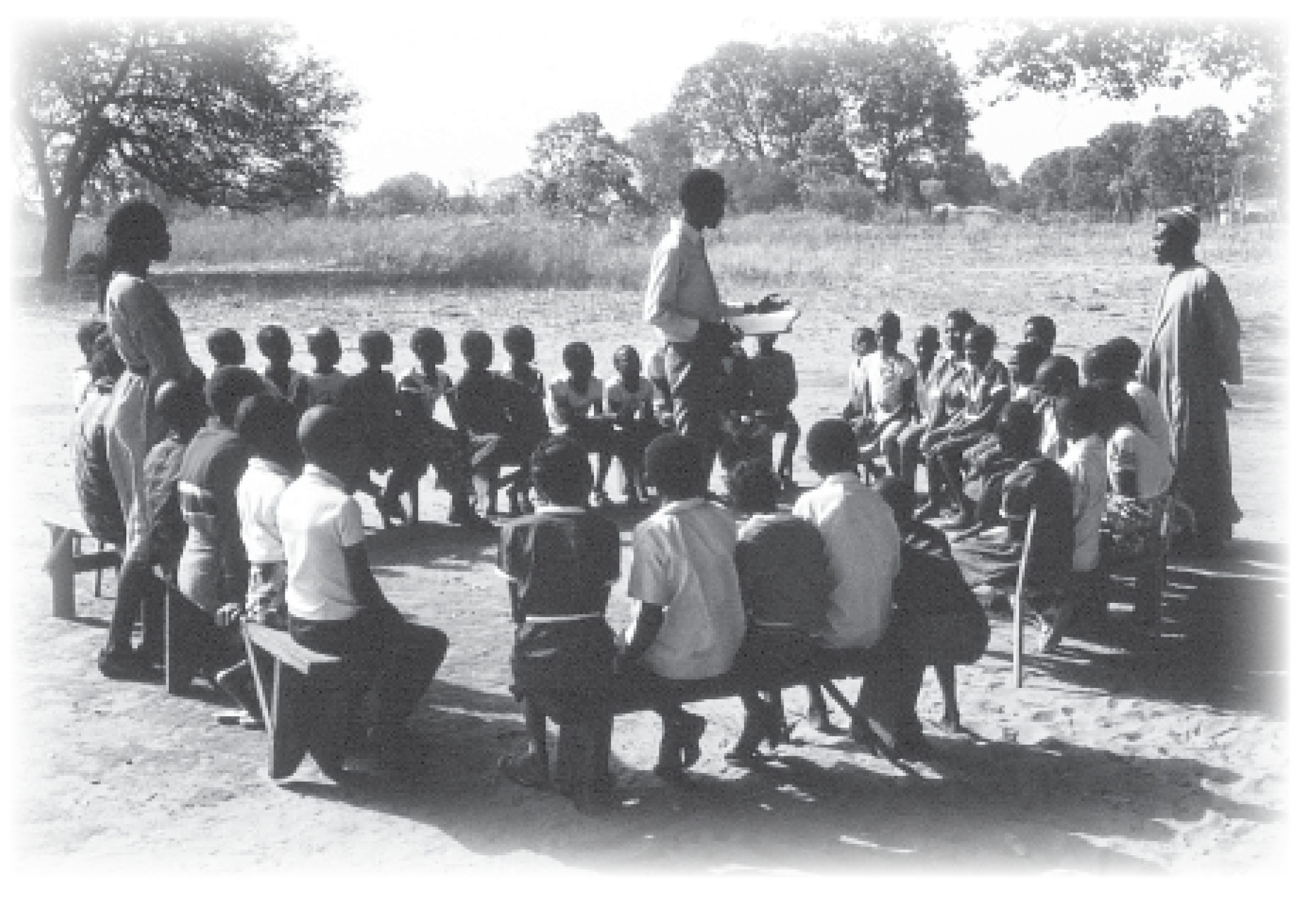 The classroom on the savanna was mostly boys. I only see one girl.
Her back is to us and she has on a belted school uniform.
. 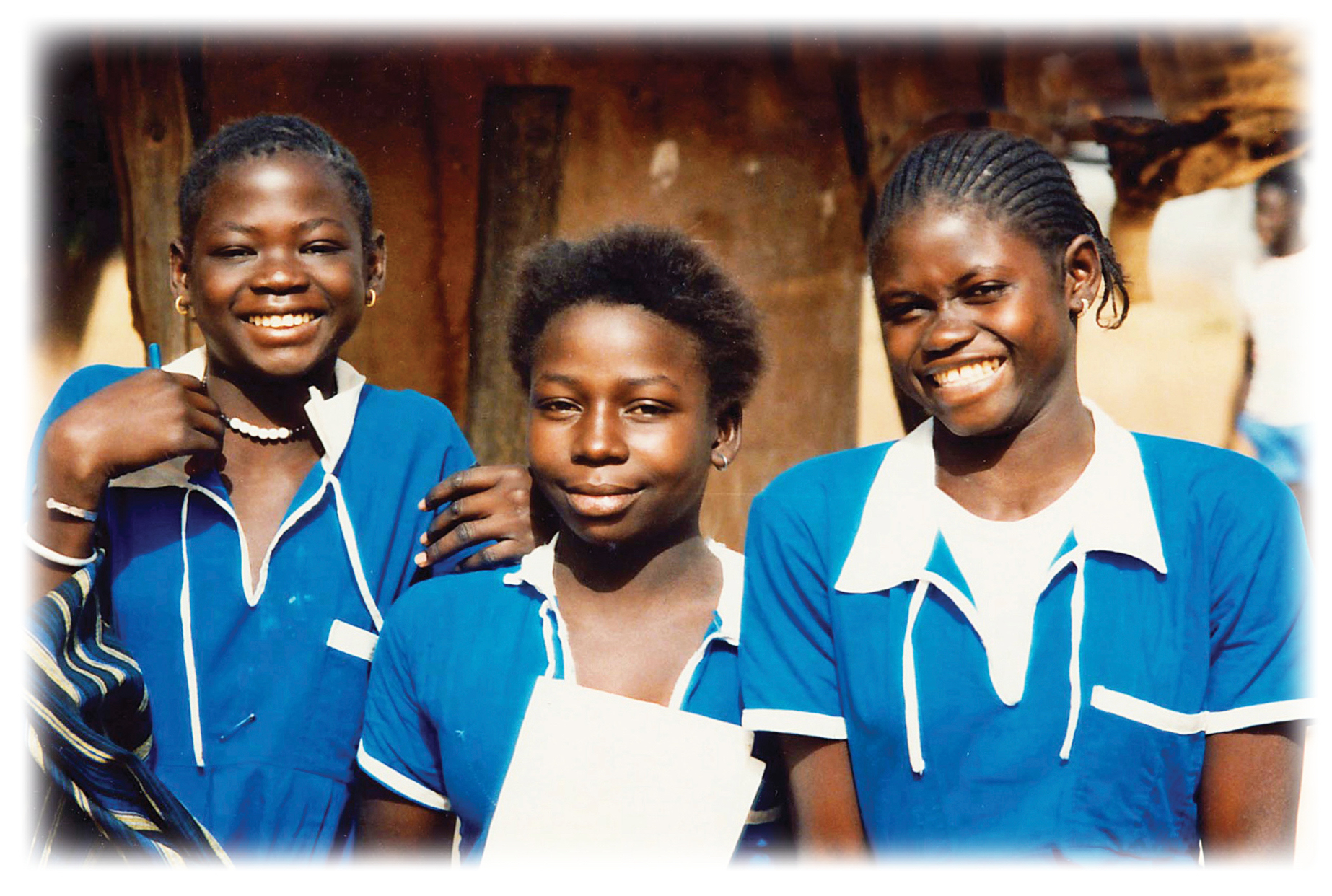 Conditions were changing. These girls were walking home from school. They were among the first generation of girls to have continued schooling in the rural areas of The Gambia. As Gore’s quote above points out, educating girls is a critical factor in managing population long term.
.
Via a UNESCO ​site, I found some stats on literacy The Gambia. They are offered by age group. In the group of 65 or older which is where many of the mothers in the photos would be today, the literacy rate for men is 39.4% and for women it is 8.9%. The literacy rate in the Gambia today for 15 to 24 year olds is 70.7% for men and 64.4% for women. There’s still a ways to go but, nonetheless, the literacy rate is significantly higher than it was when I visited. And Trish and John had something to do with that!
.
.
Photos by Barbara
Somalia (1984) and The Gambia (1985)
Colored photos are scans of deteriorating 35 mm slides.