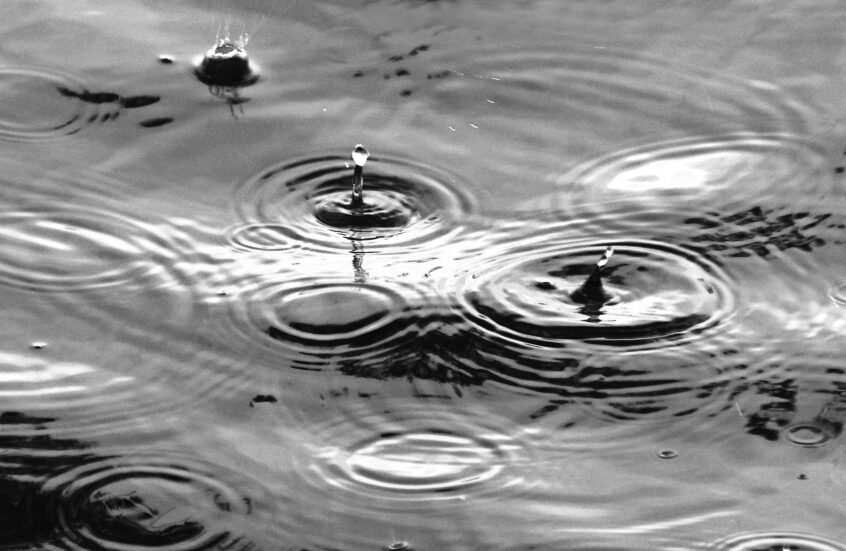 A few years ago I had a business partner I cared about very much. We are no longer formally partners but we continue to stay closely connected and in support of each other. There was a point in our partnership when we had a lot of conflict. I had time and wanted to accelerate our process. She had much less time and needed to make family a priority. In other words, we were experiencing different life stages. It was really stressful for both of us. It was a time of tension and contraction. We were experiencing a compression wave together. We eventually found a place of mutuality because we opened to finding ways to meet each other’s needs. Given that, instead of compression, we experience what’s called rarefaction from then until this day.

To offer more context, I’ve been studying waves from a physics perspective. I’m struck by how parallel they are to what’s playing out in our daily lives – both metaphorically and in experience. My focus at the moment is with longitudinal waves. However, I’ll also touch on transverse waves and shock waves.

Longitudinal waves have two primary states: rarefaction and compression. Think of a slinky. When you pull it open there’s space between the rings. That’s rarefaction. When you close it the space between the rings disappears. That’s compression. A few attributes of rarefaction are spaciousness, emptiness, openness, expansion, allowing, forgiving, room to breathe, grace. A few attributes of compression are squeezing, confining, crowding, constricting, contraction, ‘I can’t breathe’, pushing against.

Here’s one current and vivid example of compression:  In Lebanon, a major compression wave has been developing over some time given the failing economy and mistrust of political leaders. Then there was the explosion (a supersonic shock wave) and, predictably, with the loss of life, injuries of thousands, and destruction that left hundreds of thousands homeless, the compression has increased even more. With that comes violence, anger, fear, and so on. A week after the explosion, it was announced that the current government would step down. It remains to be seen whether that act will lead to an easing of the compression wave and more rarefaction or not.

Intense and dense compression is occurring in so many places and for so many people at this moment. Following are just a few of the trajectories of compression waves we are experiencing. (These are from my current understanding and from a US point of view since those are the waves present in the water of life where I live. There are more, I’m sure.)

How to handle problems that appear to be bigger than we are; how to BE in this time? I came to reflect on this following a visit to my doctor. He was telling me that I need to take care to better manage my stress. On one hand, I was surprised. I mean, why am I stressed when I spend most of my time at home? Then, on reflection, I see. It’s because I am living in the midst of multiple compression waves with their density and intensity. Many of us are. And even though the problems are systemic, long term, and global, every one of them impacts our lives very personally and daily at the local level.

The photo above is actually an image of transverse waves. These waves are less like a slinky. Rather they have crests and troughs. Ripples in water are a great example. When there’s only one drop that falls into the water, there is no interference; the ripple neatly flows out further and further. Yet, with multiple drops falling into the water at the same time, the ripples overlap, interact, and interfere with each other. Thus, what seems like one compression wave finds its way into the space of other compression waves. As examples: Covid-19 relief and political wrangling; leaving The Paris Climate Agreement and Trump’s roll-back of many environmental protection measures including drilling in the Arctic National Wildlife Refuge; the connection between race, ethnicity, and covid along with removing funding from WHO; pushing in-person education while holding virtual political conventions. These – and many more – overlapping ripples take us right back to last week’s theme of interconnecting systems that lead to interlocking crises.