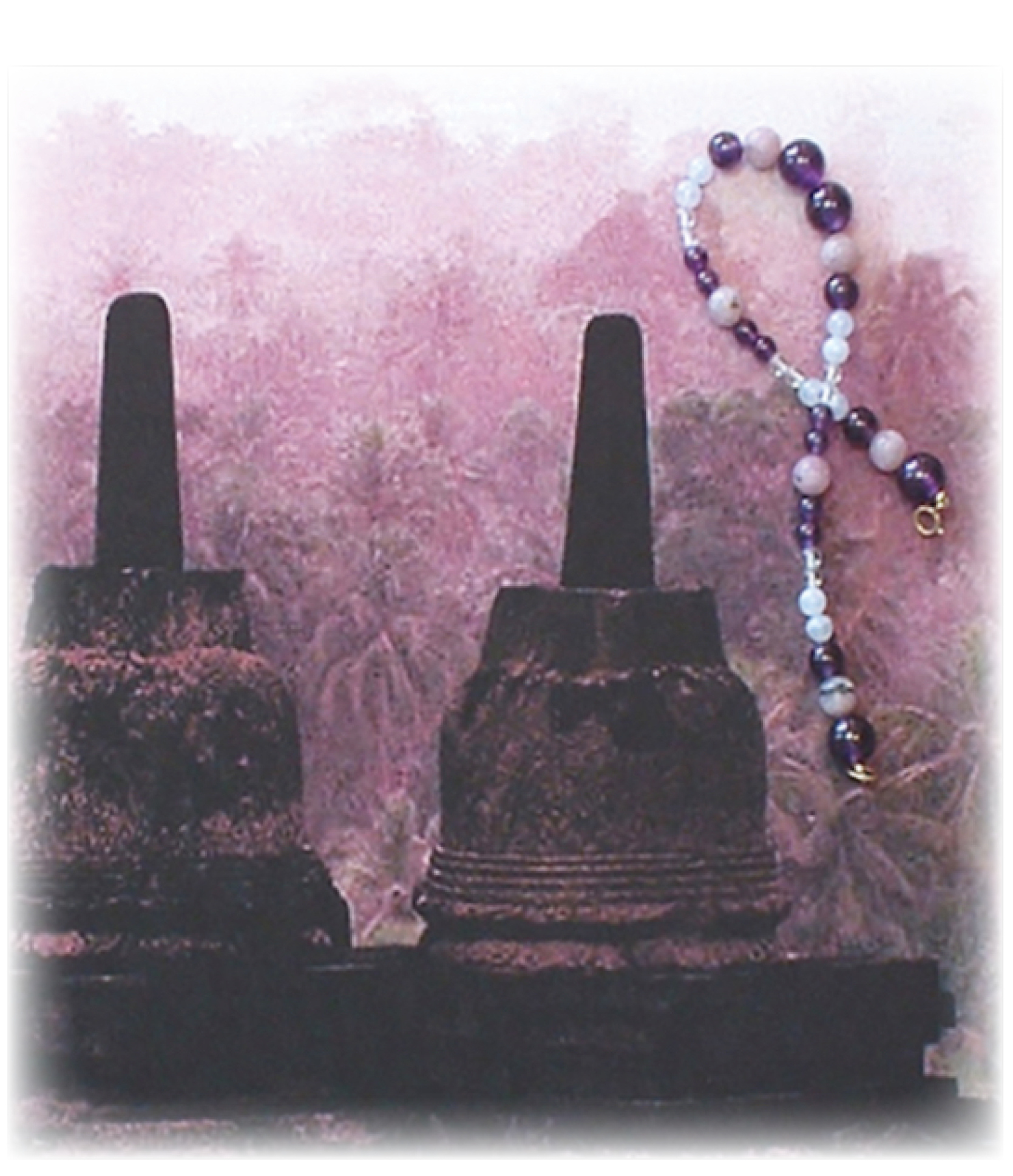 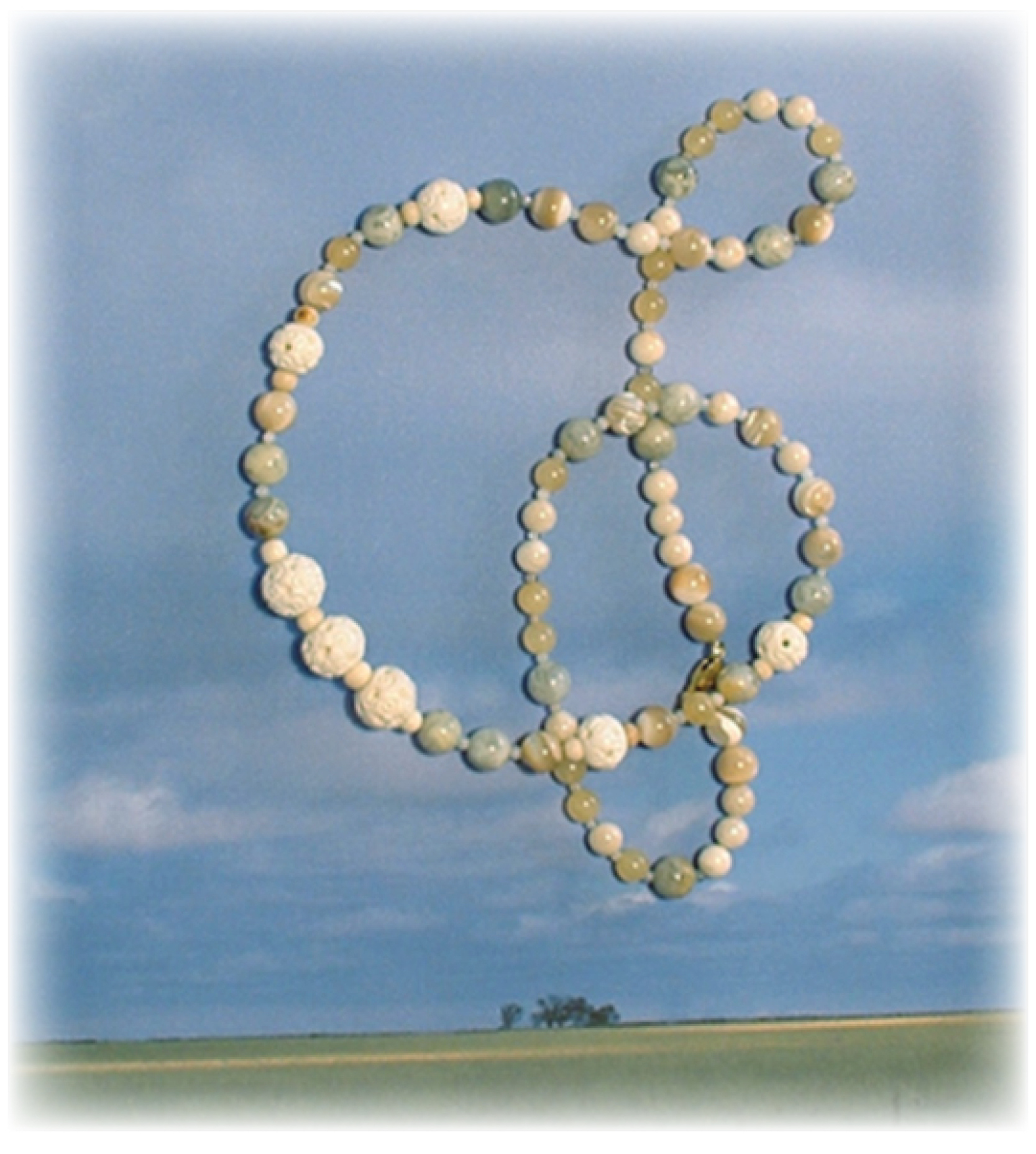 Mere color can speak to the soul in a thousand different ways.  ~ Oscar Wilde
.

We are now at the point in this tale where each of the 44 StoneCircles designs has found its sacred home. Also, some clarity has been revealed about why that place for each piece.

Next, given that I was so thrilled at finding a photo of “a temple in Asia” which matched the set of prayer beads called Luscious Life, I decided to see if I could find two or three more photos where the design and sacred home harmonized in color, as with the photos above. I’ve been to Borobudur, Indonesia (above left). It is not purple and lavender. Yet, I came upon a photo of that place that exactly matched the bracelet Re-Lease. And This Dream of Life lives in Green Grass, SD with the Lakota people (above right). Though not the exact colors, I felt that the image and the piece harmonized well.

After perusing my personal library and more trips to the public library, I found photos of the sacred homes for all 44 pieces. They appeared easily and all matched the designs! That was magical in and of itself. And what was even more magical was that this entire process was unfolding in an amazingly non-linear way. First came the designs and their stories plus their numerologically accurate names. Then each found a sacred home on Mother Earth. Now matching photos appeared. I could not have planned it if I tried! It was a wonderful adventure. Alchemy came to be from listening and allowing.

Wikipedia Commons did not exist at the time. It was launched in September of 2004. I found the original photos in 2003, about a year after the designs emerged. Then, ten years later, in 2012, when the commons had become rather well developed, I decided to find whatever public domain photos I could and change to them. Once again, photos appeared.

Below is a wonderful example. Great Mystery is at home in Bodh Gaya, India where Buddha found enlightenment. Initially, I was not very excited about the original image of a lotus pond in Bodh Gaya. First, I did not find the photo very aesthetically appealing. Secondly, it was SO close in color that the prayer beads almost disappeared into it. However, even given those points, it was only some months later that I saw the reflection of the buddha in the pond water. It’s in the upper right quadrant of the photo. Rather like finding Waldo! Somehow that made the photo seem much more pleasing to me. And, in 2012, I found a public domain photo that I like much better.

Also, you may notice that while the designs are the same, there are still differences between the two pieces: the color of the buddha end stone, the size of the mother of pearl, as well as the different shades of  blue amazonite and dark grey labradorite. That’s what happens when we make things by hand, right? 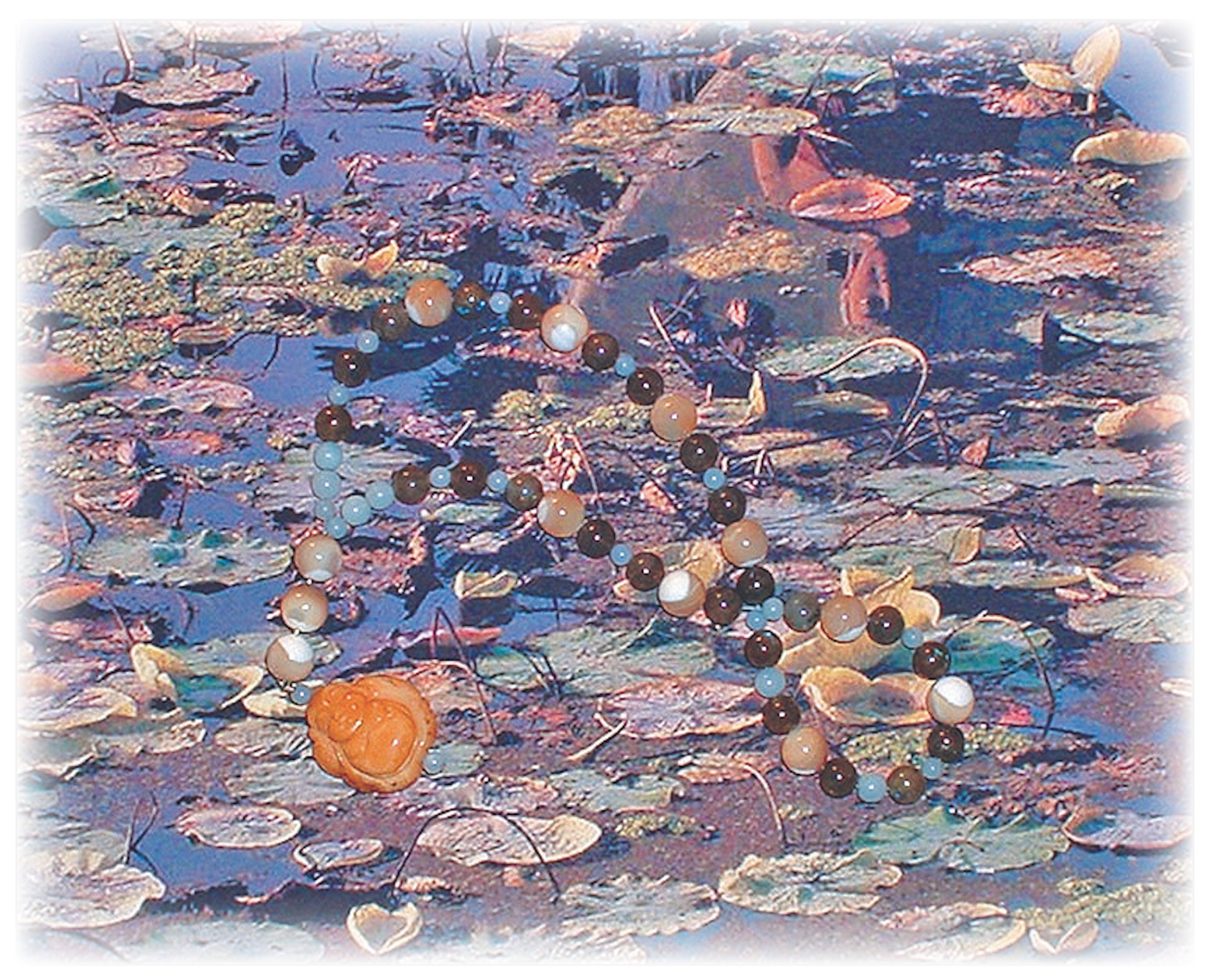 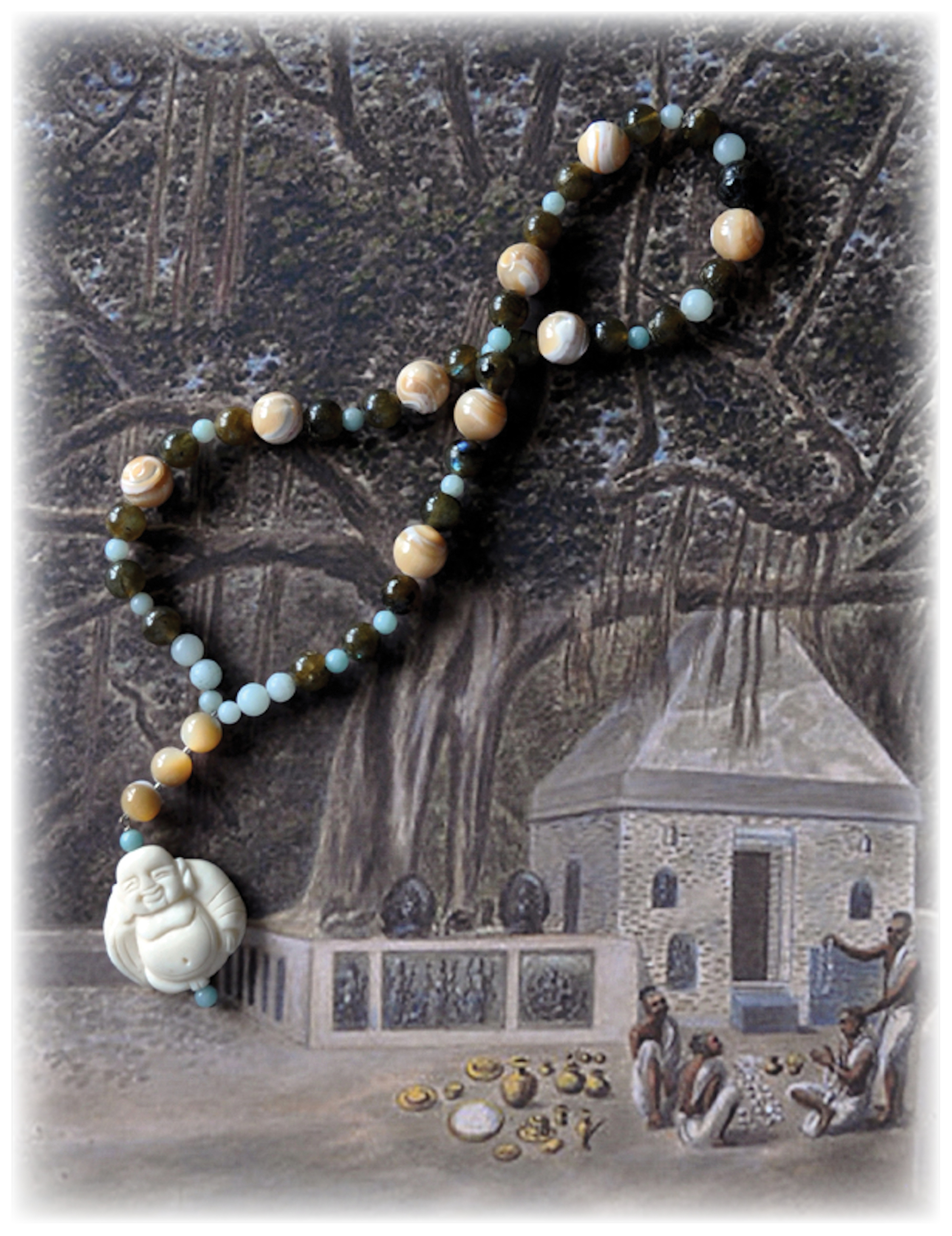