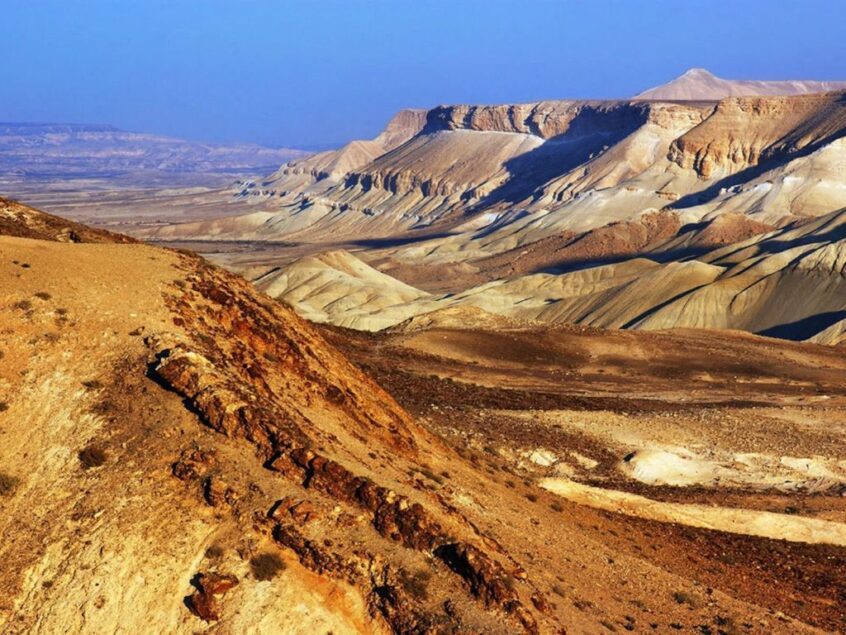 We’re so complex;
we’re mysteries to ourselves;
we’re difficult to each other.
And then storytelling reminds us we’re all the same.
~ Brad Pitt
.
.
I was given the privilege of being the group leader for students going to Israel for a summer. There were fifteen of them. Most were in high school. A few were in college. Some were Jewish. Others were Christian. Each chose to visit Israel for very passionate and very different personal reasons.
.
After several weeks of working on a kibbutz picking and packing peaches, cliques formed and rifts appeared – based on religion. And we still had more than a month to go – including a week at a youth camp on the Sea of Galilee and another two weeks living on a moshav (collective farm) in the Golan. In between, we were taking a trip to the Dead Sea and on through the Negev Desert to Eilat on the Red Sea. Lots of bus time.
.
I was at a loss as to how to lead this group well. I wasn’t much older than they were. I’m sure my anxiety was apparent. Humbling! Then Grace, in the form of our bus driver, entered. He was a French immigrant who listened to the bickering for a while. Then he jumped into the fray and pointed out how in France he was a Jew and in Israel he is a Frenchman. He also emphasized that he was the same person either way. “It’s all relative,” he said. That opened a Big Door.
.
He became a teacher for us. He would tell story after story as he drove us through the desert. The first themes for his stories were of ancient times and how Judaism and Christianity are connected. He got out both religions’ holy books and showed us the similarities – and how the two religions were actually relatives of each other. And how, thus, we were relatives of each other. Then he told personal stories of his experiences during World War II and how he became an immigrant to Israel. He also told stories of what life is like for him in Israel now and his dreams for the future.
.
Everything about the collective mood on that bus changed. You could have heard a pin drop. Everyone listened with rapt attention. Mesmerized! Just as humans have been mesmerized by real-life stories for millennia past – and will continue to be for millennia future.
.
I learned tons from what our driver offered the students. And I learned a lot more than that from him. I witnessed how to gain a group’s confidence, how to shift the focus and attention, and the power of storytelling. In addition to the stories he told us, he invited us to ask questions and share our own stories about what mattered most to us at that point in our lives. In other words, he engaged and encouraged us to be more certain about and joyful in the value of our lives – on the bus and in the cosmos.
.
THIS was why we went to Israel: To experience and feel the passion of the place, its history, its people, and our place in all of it. NOT to implode by fighting with each other. Through the bus driver’s ability to see what was needed, connect with all of us, tell his relevant stories and hear ours, tensions eased and our relationships were bridged. The rest of our time together was filled with at least a magnitude more of appreciation for ourselves, each other, and all we encountered. A blessed miracle!
.
.
Public domain photo
The Negev Desert, Israel
.
P.PP