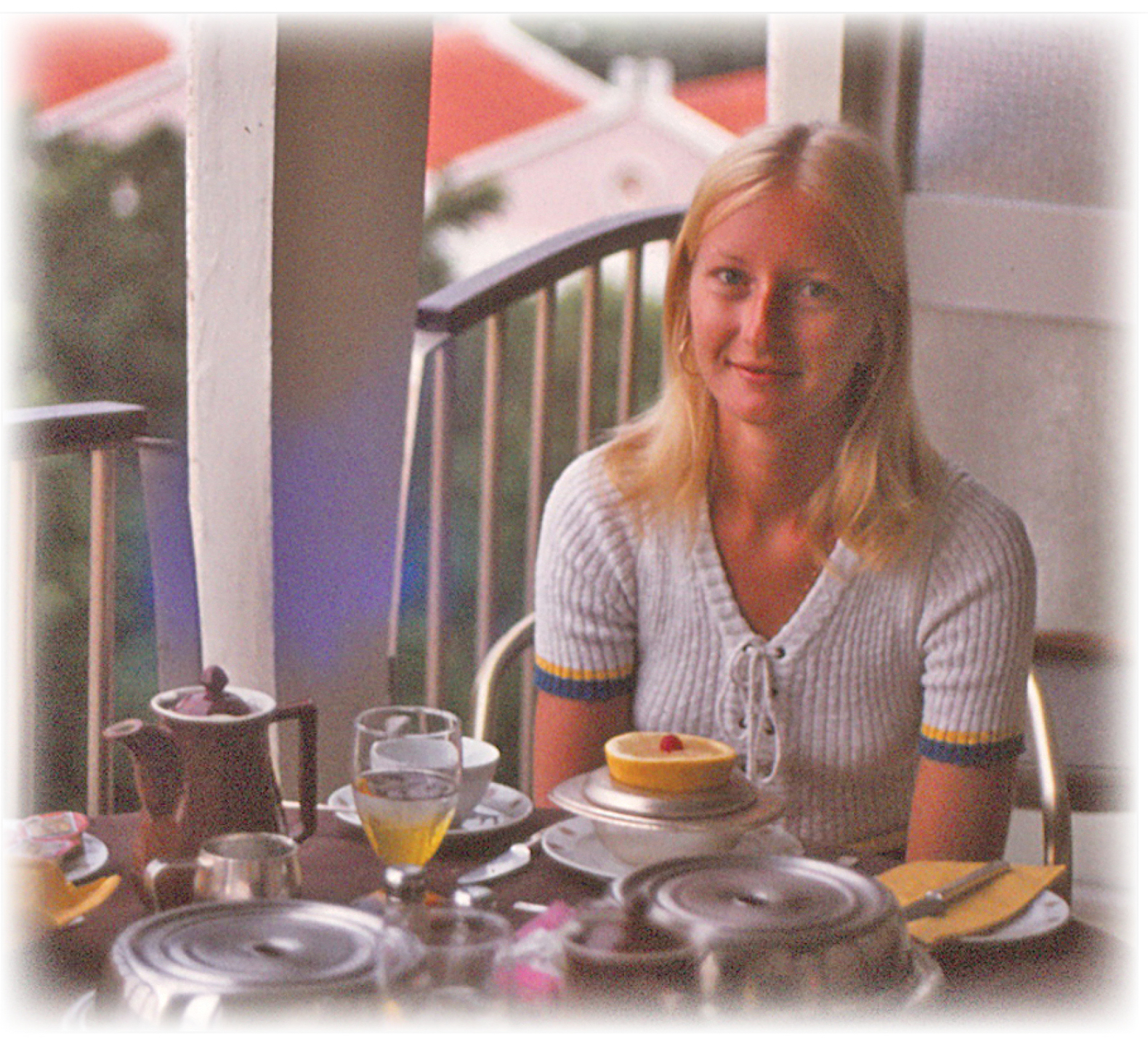 When you have clarity of intention, the universe conspires with you to make it happen.
~ Fabienne Fredrickson

Paulo Coelho writes about how each of us has our Personal Legend. My best understanding is that our Personal Legend is our reason for being on earth, our raison d’etre. Raison d’être is defined as “the most important reason or purpose for someone or something’s existence.” So it’s Purpose with a capital P. Our Life’s Work is to bring our raison d’être into the world.

Purpose is what we came here to be and we make our Purpose manifest through our clarity of intention. Clear intention is the invisible thread that runs through every bead and strings together our individually unique necklaces of life.

A big part of my Purpose is being a global citizen. I remember measuring how much money I had based on where it would take me for an adventure. I didn’t care about furniture or a mortgage at that time. Clothes did matter somewhat but not at the cost of travel. Mostly, I traveled alone and made friends with many strangers along the way. Again and again. Many stories there!

I studied on a scholarship in Europe as an undergrad and my areas of concentration in graduate school were geography and intercultural communications. I lived and worked in Lebanon, Somalia, Ethiopia, Sudan, and The Dominican Republic. I was offered positions that I did not accept (for various reasons) in Tierra del Fuego, Iran, and Austria, Australia, and Papua New Guinea. I adopted my son from Peru. I participated in a spiritual community in India. I have been virtually coaching business leaders in 35 countries. You get the picture.

I offer this list to point to how important having clear intentions are to realizing our Purpose, our dreams. And, indeed, it shows the single-mindedness of my personal commitment to my raison d’etre, my Purpose. How did I know it was my Purpose? First, it was playful, fun, and enriching. Oh, there were hard times, too, when A Mysterious Force intervened but, as with the adoption process in Peru, I managed to push through. I was compelled. It’s what I wanted to do. Secondly, along with my clarity of intention, the universe definitely conspired with me.

Conspire means to breathe with. There is no question about that in my relationship with the universe during my travels. Most of the time it was like I was leveraging the power of a wondrous train that was moving fast and far. I delighted in the ongoing journey.

For one thing, gifts and miracles abounded. For example, after being in Somalia for a year, I went on ‘vacation’ to India during the hot season. After a time, I was so hot and lonely that I wanted to go home early but all flights were booked. Everyone who could, wanted to get out of the heat as well. A kind Lufthansa ticket agent arranged for me to fly first class from Delhi to London. I unexpectedly bumped into a dear long-time friend in Athens at another time when I was feeling rather lost and lonely. What a balm! On my first day in Beirut where I knew absolutely no one, I met another teacher who was also new. It turned out that she went to the same high school as I did and our parents lived about a mile apart. We immediately became friends and are still connected. So many times people shared their food, invited me to stay in their homes, and shared their stories.

Secondly, as I look back, I remember how I always felt safe – no matter where I was in the world. It is almost like I had an angelic bubble that surrounded me as protection. I slept like a baby on airplanes, trains, and buses. Anybody could have robbed me. But no one did. In fact, people protected me. I remember arriving in Khartoum at 2 am. I’d never been there before and, because of a scheduling mix-up, no one was there to meet me. Officials were getting ready to close the airport. There were no taxis. I finally asked two men in a car outside if they would take me to a hotel downtown. Of course, Muslim men are not supposed to be alone with a woman. They did it anyway and they did it kindly and respectfully. Or how I left Delhi, India just days before Indira Gandhi was assassinated and thousands died in the riots that followed. I left Greece just before a coup. I left Beirut just before their civil war. I left Mogadishu just before their civil war. I visited my father’s cousin in Yugoslavia. She told me there soon would be war. And so on. Or the time on my first trip to Venezuela when I gave the taxi driver the address of the hotel I’d booked ahead. It was late at night. He turned to me and said, “You don’t want to go there. That ‘hotel’ is a front for a brothel.” Oh, wow! I asked him to take us to the Hilton in the city center instead. And from that day on, when I arrived in a new city I always checked into a global chain hotel for at least one night. Then the next day I’d look for a more modest place to stay. Safely.

Without clarity of intention would any of this have happened? And would it have happened with so much grace? Unanswerable questions. Nonetheless, I’m reminded that an aspect of alchemy – whether physical or metaphysical or both – is fire: flames, heat, passion, purification. The gift of clarity of intention was the fire. The universe fanned the flames. 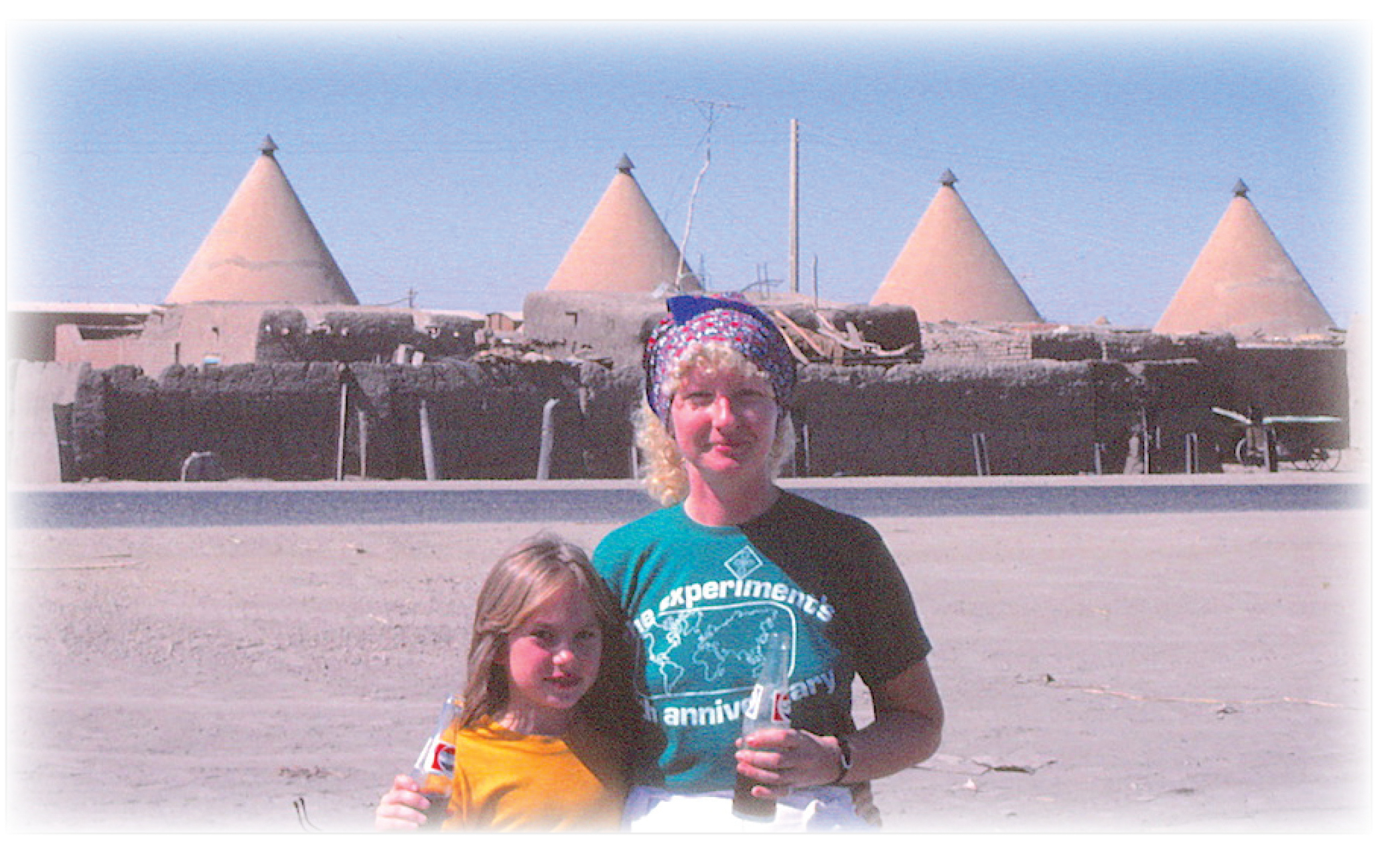 .
.
Photos of Barbara
Top: Breakfast at the Hilton in Caracas, Venezuela, 1973.
Bottom: With the daughter of a colleague at a rest stop
while crossing the Sahara in The Sudan, 1985.
Scans of 35mm slides.