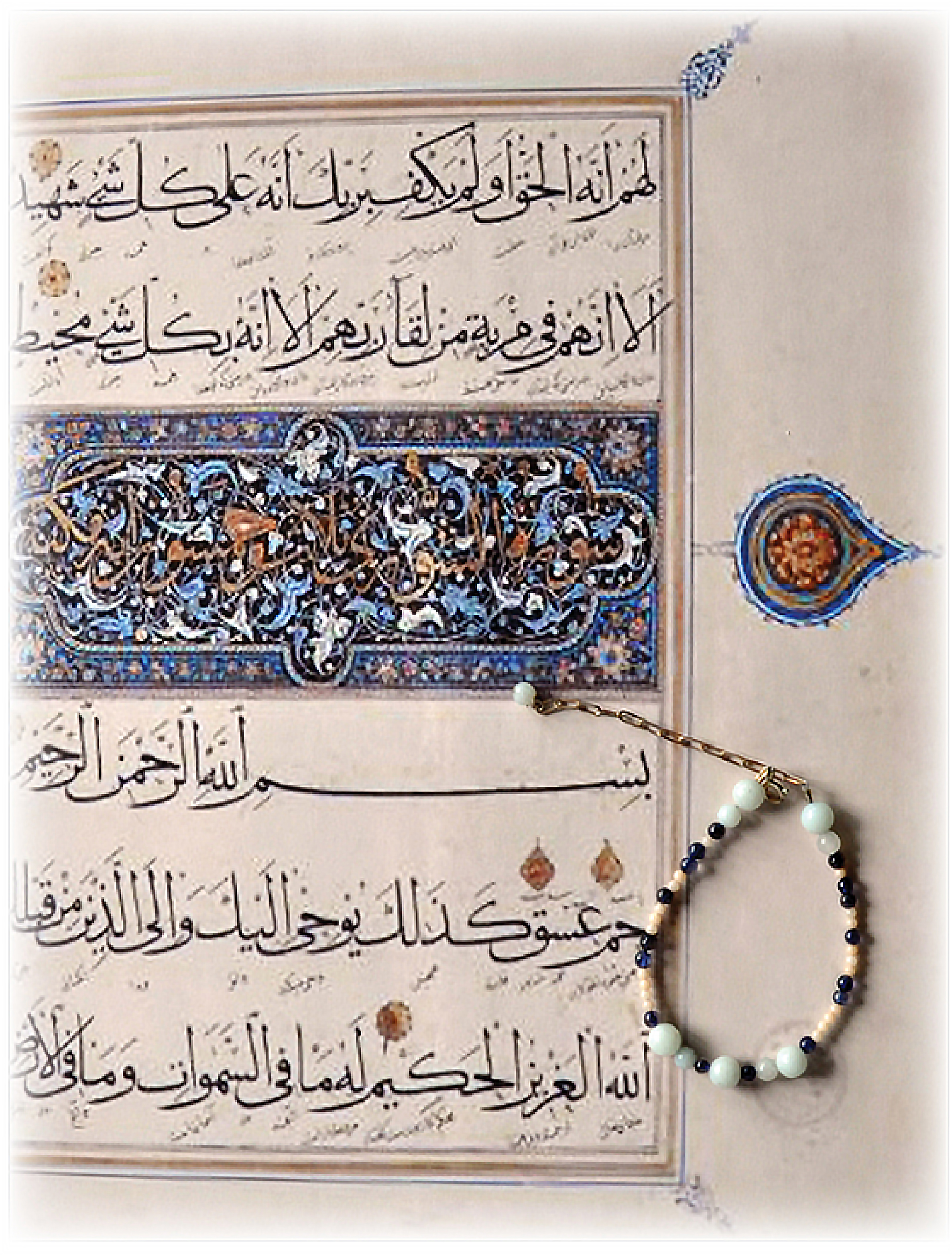 Listening To and Following Guidance
.

[I]t is one of the most marvelous things in life to discover something unexpectedly,
spontaneously, to come upon something without premeditation, and instantly
to see the beauty, the sacredness, the reality of it. But a mind that is seeking
and wanting to find is never in that position at all.”  ~ Jiddu Krishnamurti

Within a day or two almost all of the pieces had found their homes. Questions of why-this-place still remained for some pieces. One design that had not settled on a sacred home yet was a small, delicate bracelet called Blessed Stillpoint. Click on the image above. When I was designing it I knew its story was about how, even when the world around us is swirling with chaos and tension, there is a place Inside each of us that is able to be still and centered. As I was designing it, I thought about the whirling devishes and how whirling was an ecstatic meditation for them.

I knew that the Melevi Order of Whirling Dervishes was located in Istanbul, Turkey, so I assumed the piece would be located there as well. But I kept getting a message that the bracelet’s sacred home was somewhere in Persia (modern day Afghanistan). I was tempted to put it in Istanbul anyway but, even though no one other than I would know, I had committed to trusting the guidance I received. If I fudged, what would happen to my personal trust in the process and my creative integrity?

So I needed to do some research. What a process, as I look back! It took at least weeks – if not  months – as I remember. In 2002, research involved many trips to the library, card catalogs and the Dewey Decimal System, requesting books that were out or at other branches and waiting for them to arrive at my library, hauling many books home and then hauling them back later. I’m sure most of you remember. Eventually, I found the answer to why the bracelet wanted to be located in Persia. The Melevi Order of Whirling Dervishes was founded by the poet and mystic, Rumi. He was born in Persia. Did you get that? For me, it was profound. After all of that time of research, I understood the why-this-place for Blessed Stillpoint! It was yet another great day filled with affirmation and gratitude for steadfastly trusting the process. I’m so glad I pursued the research – no matter how laborious a task it was.

Google was only four years old and I had not even heard of it at that point. In comparison and just for fun, this morning, I plugged ‘whirling dervishes origin’ into Google and the answer to my question came up first thing: “Whirling dervish ceremonies were started as a form of meditation by Jalaluddin Rumi, the famous Sufi Muslim mystic and poet, in the 13th century. The Persia-born Rumi….” There it is! My, my how doing research has changed in quite a short time.

A few other designs presented puzzles as well. One was a bracelet named Picture This! Click on the image below. Its story is about envisioning what one wants, believing in that vision, and then manifesting it. Why would it want to be in Papua New Guinea? Again, it called for some research. This time I was led to learn more about cargo cults than the bit I previously had known from when I was studying at the university where my minor was WWII history. These cults were first described as being in Melanesia (of which PNG is a part) after having contact with allied military forces during the Second World War. The unexpected ships that arrived during that time were laden with materials for building harbors, as well as unfamiliar foods, people, and clothing that became desirable to the indigenous people. As they watched the ships come into view on the horizon, they came to believe that, through their envisioning, they were manifesting those ships, people, and goods and bringing them to Melanesia.

Eventually, as I continued to deeply listen, every piece located its sacred home. And, in every case, there was some degree of alignment between the design created months earlier and the place where they landed. Yes. That was something indeed! 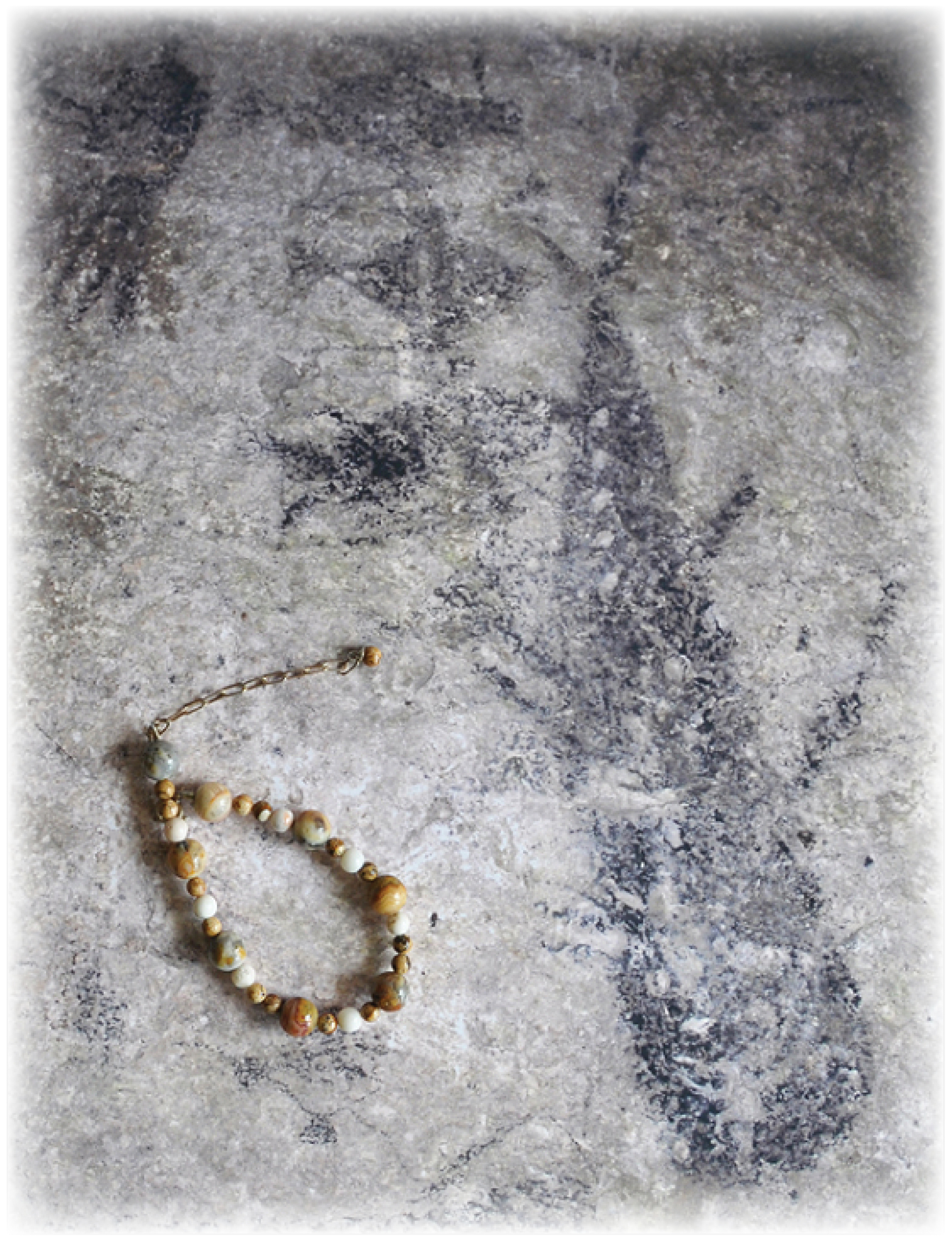