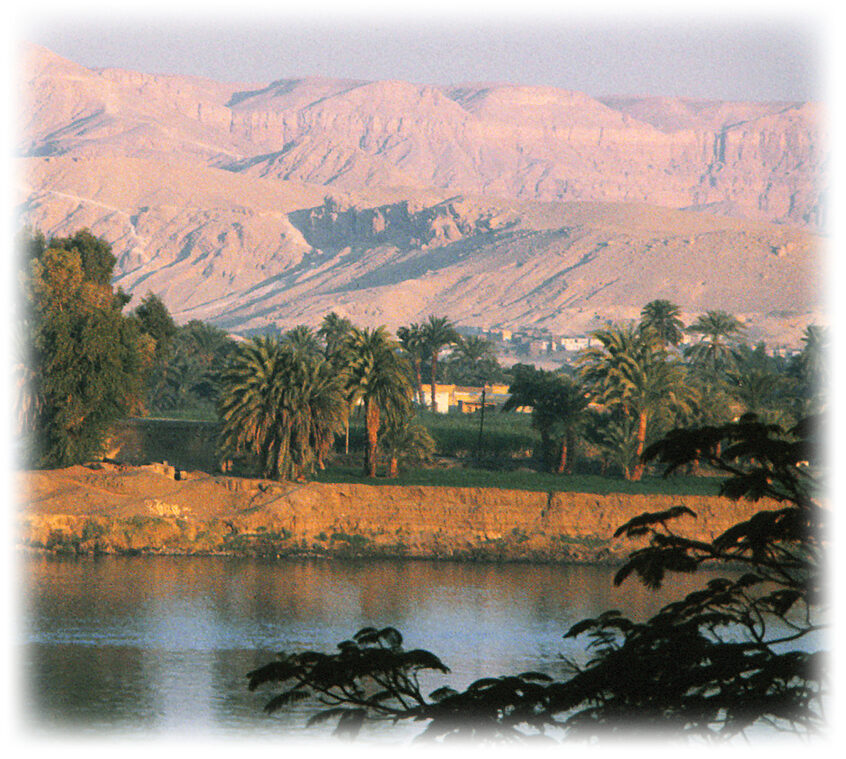 Late afternoon on The Nile starkly showing the abrupt change from arable land to desert.
.
.

Egypt is the Nile, the Nile Egypt. ~ Toby Wilkinson

It was mid-afternoon and we had spent hours walking in the splendor of the temples of Luxor. The sun was relentless. “It’s so hot and I’m tired,” Aida said. “Let’s ride back to our hotel.” So the three of us, all teachers at the same school in Beirut, hired a horse-drawn buggy. As we made our way south along the Nile, the Egyptian driver and my friends, all native Arabic speakers, carried on a conversation. The pace and vocabulary of their conversation was beyond my capacity in Arabic so I let my mind wander elsewhere.
.
Later, with much delight, Aida and Magda reported what had transpired. “The driver wanted to know how wide the Nile is where you come from, Barbara,” Aida said. “Magda told him that the Nile didn’t flow there. He was amazed to hear that and had a hard time believing it. Then he asked her, ‘But how can people live without the Nile?’” We chuckled at what we judged to be his parochial view of the world.
.
A few days later, however, we considered that perhaps his question was not so funny after all given that any direction he traveled related him to the Nile. He could go into the lifeless desert which formed a boundary he could not cross or into lush, green settlements like his own. His entire world either lived because of or died for lack of the Nile.
.
Our driver’s exposure to a larger world remained limited in other than physical ways as well. Many people from all over the world excitedly visit Luxor. Most visitors don’t speak Arabic so he likely had very little conversation with them. With so many people visiting Luxor, he might reasonably conclude that he lived at the very center of the universe. After all, people from all over the world came to where he was.
.
He isn’t alone in holding this view. The orientation of being at the center of what matters has little to do with nationality, language, education, age, or income level. Even though you and I have much more experience with maps and time zones, distances and cultures we, too, experience wherever we are as the center of the universe.
.
Even so, we can consciously shift our attention, enlarging our context to include a larger reality. When we enlarge our context, we listen for essence and meaning, for what is behind and beneath the literal words. In asking, “How wide is the Nile where she comes from?” the buggy driver may have really been asking, “What is the source-of-water-that-sustains-life where she comes from?” 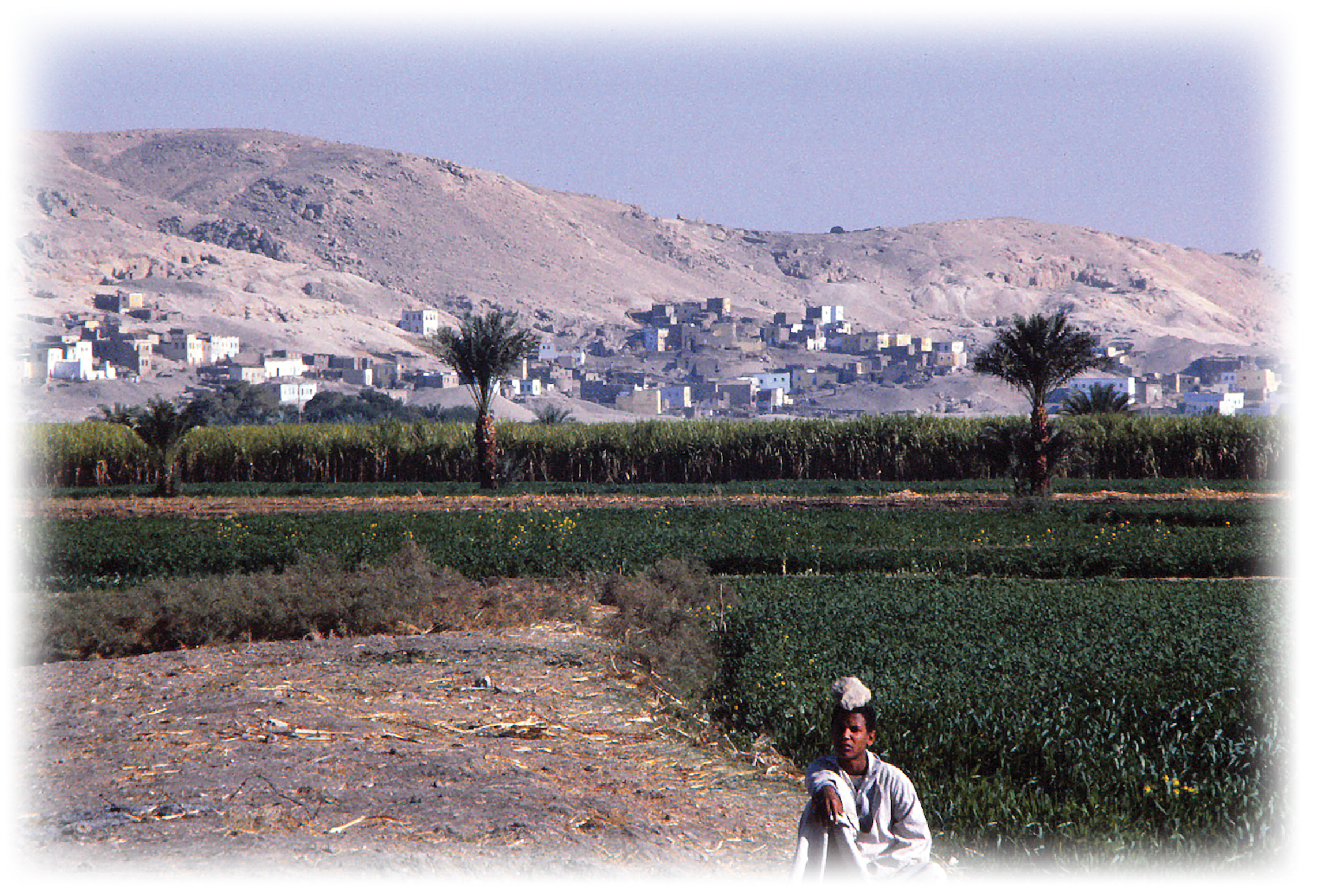 Villages are often built on the desert to maximize land along the river for crops.
. 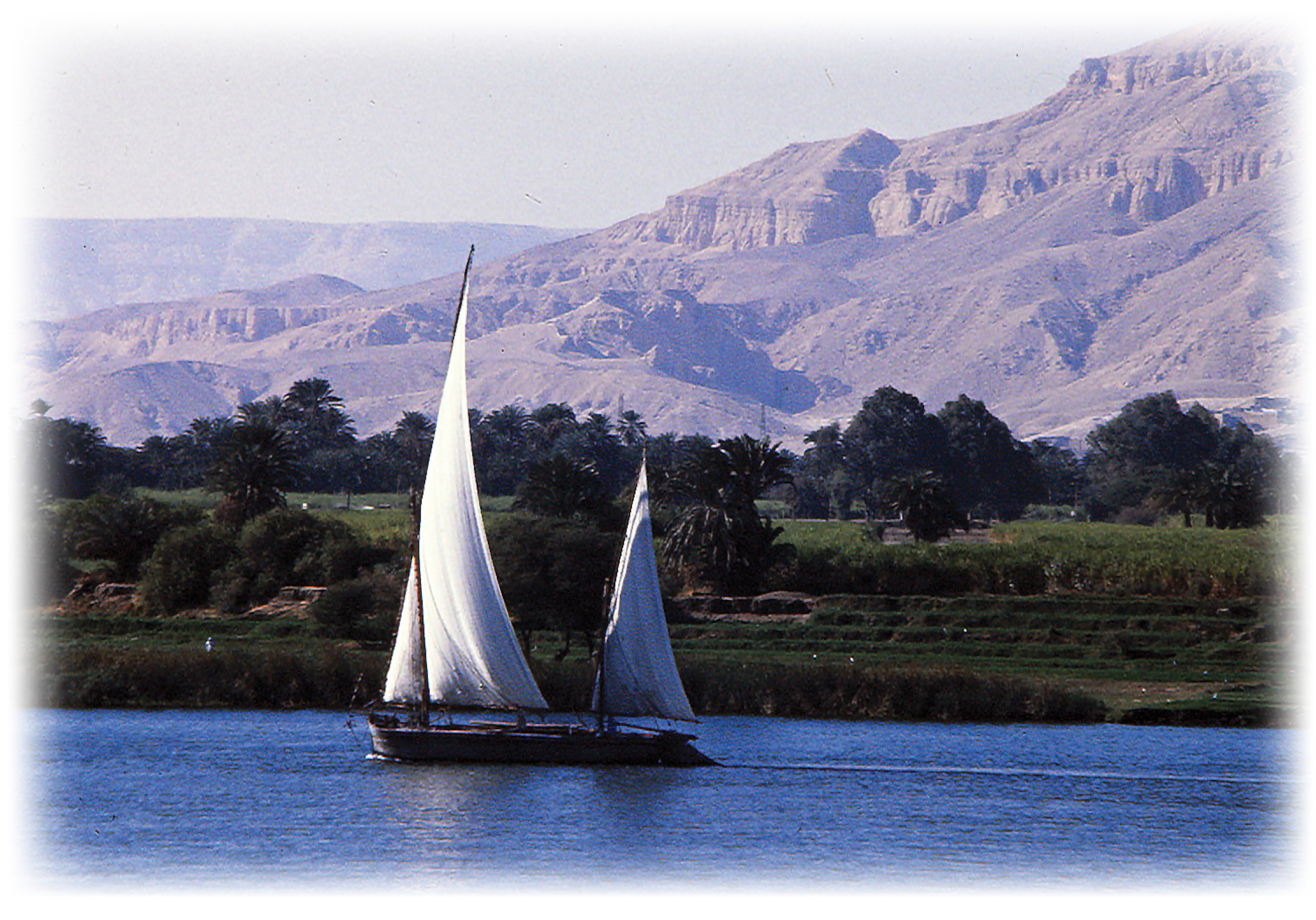 The faluka is a common form of transportation along The Nile.
.
.
Photos by Barbara
Aswan, Egypt 1972
Scans of 35mm slides