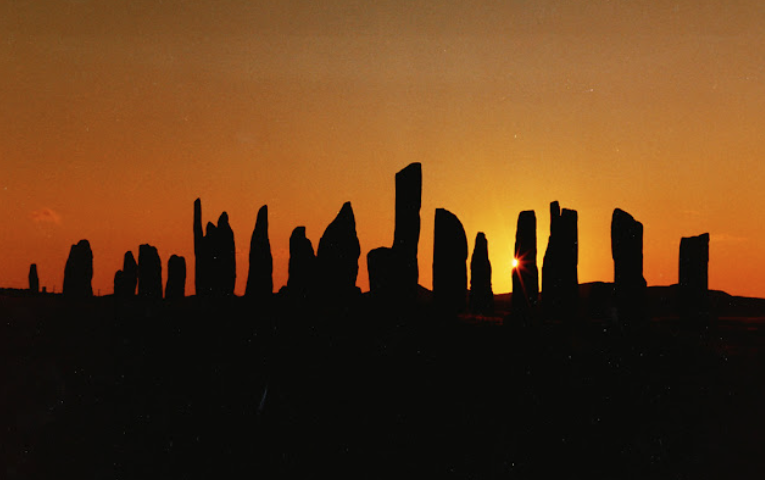 Pilgrimage is a powerful metaphor for any journey with the purpose
of finding something that matters deeply to the traveler.  ~ Phil Cousineau

Lynne and I had been friends for years – ever since she became my astrologer. One interest we shared was a love for megalithic sacred sites and especially stone circles. In our own way, with some lightness and humor – because who knows? – we imagined and remembered ourselves dancing together in such circles thousands of years ago.

Then I learned that she had brain cancer. It’s common name was a ‘star tumor.’ How paradoxical is that for an astrologer?

It just happened that I was going to England in a couple of months so I decided I would take some extra time and make a pilgrimage to some stone circles. I asked her where she most dreamed of going. She immediately knew: The Standing Stones of Callanish on the Isle of Lewis in the Scottish Outer Hebrides. So I went there. It was quite a trek from London including driving the length of England and Scotland and a several hour ferry ride.

Once there, I was amazed by the site. It was beyond my imagining. And I was the only person there for my entire visit! I listened, felt the energy of the ancients, and lingered. I wrote several postcards to mail to Lynne asap.

When I returned home, I went to visit Lynne. She no longer had verbal language. She recognized me. Her partner had taken a huge cork board and made it into a collage of photos, cards, good wishes, dried flowers and other mementos. There, right in the center of the board were four of the postcards I had sent her. She smiled.