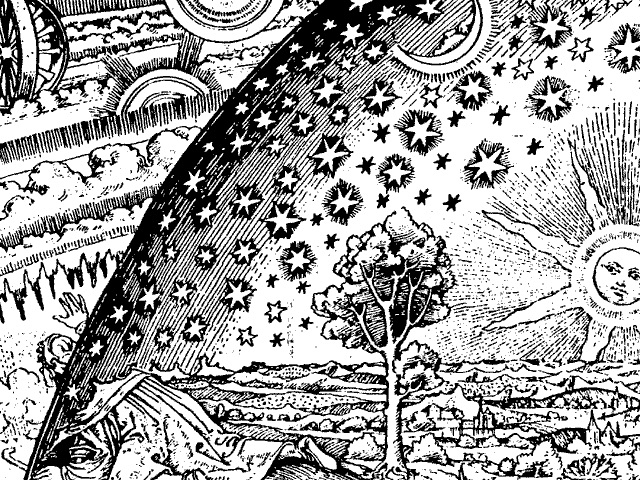 There are many spokes on the wheel of life. First, we’re here to explore new possibilities.
~ Ray Charles

The Flammarion engraving above depicts a human at the edge of the Earth where it meets the sky. He kneels down and passes his head, shoulders, and right arm through the star-studded sky, discovering a marvelous realm of circling clouds, fires and suns beyond the heavens.

When I look at this image I see a human who, even if only for a moment, is experiencing something beyond day-to-day reality – something entirely new, something that until that moment was not ever known, seen, or experienced by that human. A metaphor is that of a fish that leaps out of the water, out of its day-to day reality. With that leap, the fish glimpses land and sky. Even the water takes on new meaning as the fish views it from a different perspective.

Physicist David Bohm talks about how we are ‘thoughting’ and ‘felting’ most of the time; that we are re-thinking things we have thought before and re-feeling things we have felt before; that it’s rather rare to actually have a new thought or feeling. In other words, we seldom stick our heads out of the dome. When we do, we find ourselves in a co-creative realm abundant with possibilities.

A few years ago I sent out a story called Epiphany. It describes an exhibit I visited that changed my life. Here’s an excerpt:

,,,,,,…..It had huge colorful and well-lit panels on three walls. One panel was of a tunnel of light with photos of people
,,,,,,…..and quotes from their experiences of having ‘died’ and chosen to come back. The second panel was about past
,,,,,,…..life experiences. The third was about reincarnation. This was all new to me and it was a lot to take in all at one
,,,,,,…..time. In the center of the room there was a gray holograph that sat at eye level on a gray pedestal. It was of a
,,,,,,…..woman in despair. As I walked around the glass case I could see her expression change. She would cover her
,,,,,,…..face with her hands, run her fingers through her hair, and then she’d look up at the sky with an expression of,
,,,,,,…..“Why me?” I walked around her for a long time. Imagine! The hologram of gray despair was completely
,,,,,,…..surrounded by three walls of profound light and possibility.

In that moment, I made a life-altering decision. I would entertain possibilities that could move me more and more toward The Light that surrounded me in that room. By sticking my head out beyond the dome of my reality, whole new vistas of possibility opened for me. I didn’t need to know whether something was scientifically proven before I could entertain it. Among other explorations, I discovered meditation, holistic health care, crystals, T’ai Chi, astrology, channeling, and much more. Within a few months, I had left my corporate position, started my consulting business, entered therapy, and quit smoking. Life became more open, surprising, creative, and fun!

Somewhere around that time I also had a dream. In it a chorus of angels wearing pastel gossamer gowns visited me and sang as beautifully as only angels can. Now, decades later, they still visit me when I invite them. That’s the key – inviting them. Other than introducing themselves to me in that dream, they wait to be invited. It can be hours or years between visits. Time means nothing to them. I listen to them in a way that is quite different from my physical hearing. This form of listening comes from humility along with a childlike innocence, openness, and curiosity. I experience something similar when I listen to the trees, our dog, crystals, and other life beyond the dome.

Sometimes my thinking-mind wonders if what I am experiencing is real. In those times the thing to do is to ‘act as if’ it’s real – just to see what happens. And there have been times when ‘acting as if’ brings me a new experience that leads to believing. Not only is it more fun but it also introduces more depth, profundity, and satisfaction into my life. Listening to the trees is a good example. A while ago I wrote the story, Can You Hear The Trees Speaking? It’s about a biologist who worked in the Mariposa Grove of Sequoias in Yosemite National Park.  Here is a scientist listening, believing, and responding to the magic of trees! Where science and magic intersect is one definition of alchemy.

This is fascinating and strange territory because our beliefs and assumptions about real-ity and what’s possible are what we real-ize, what we make real. If we believe that trees can speak, or at least ‘act as if,’ and we listen, we most likely will hear them. If we believe that trees cannot speak and we don’t listen, then we most likely won’t hear them.  As economist Stuart Chase said, “For those who believe, no proof is necessary. For those who don’t believe, no proof is possible.” This is one of many ‘secrets’ of turning lead into gold. 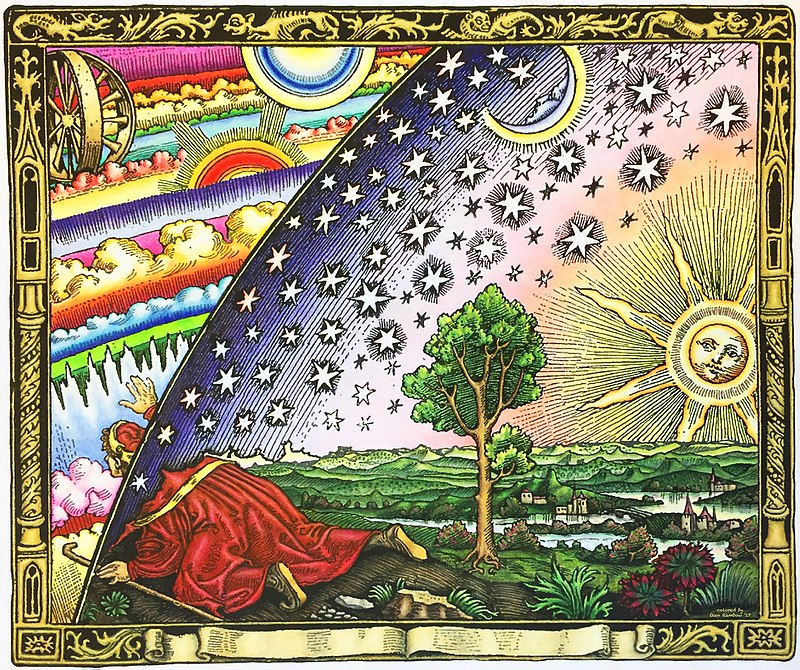