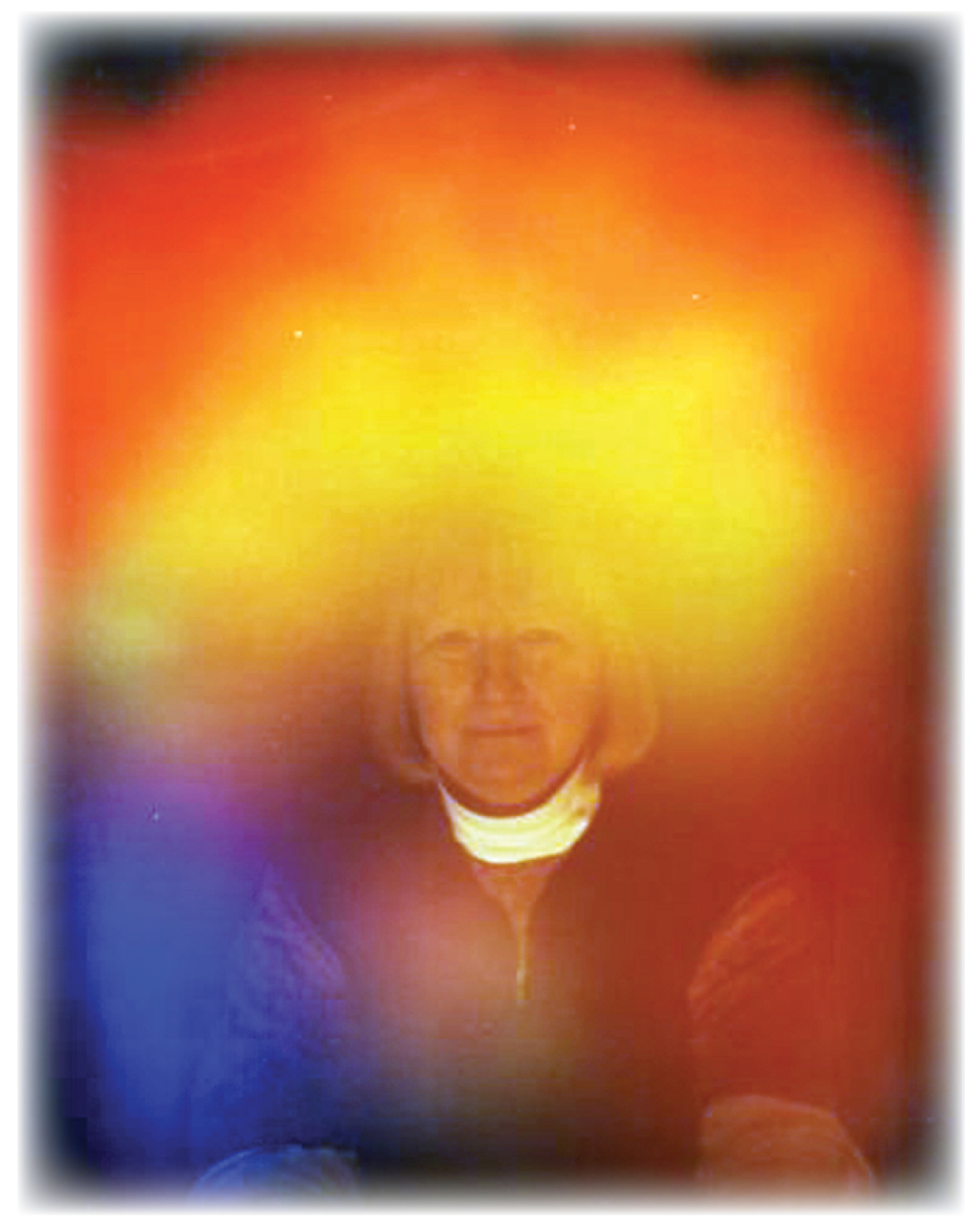 Wearing my first necklace (above) and 2 minutes later without the necklace (below). 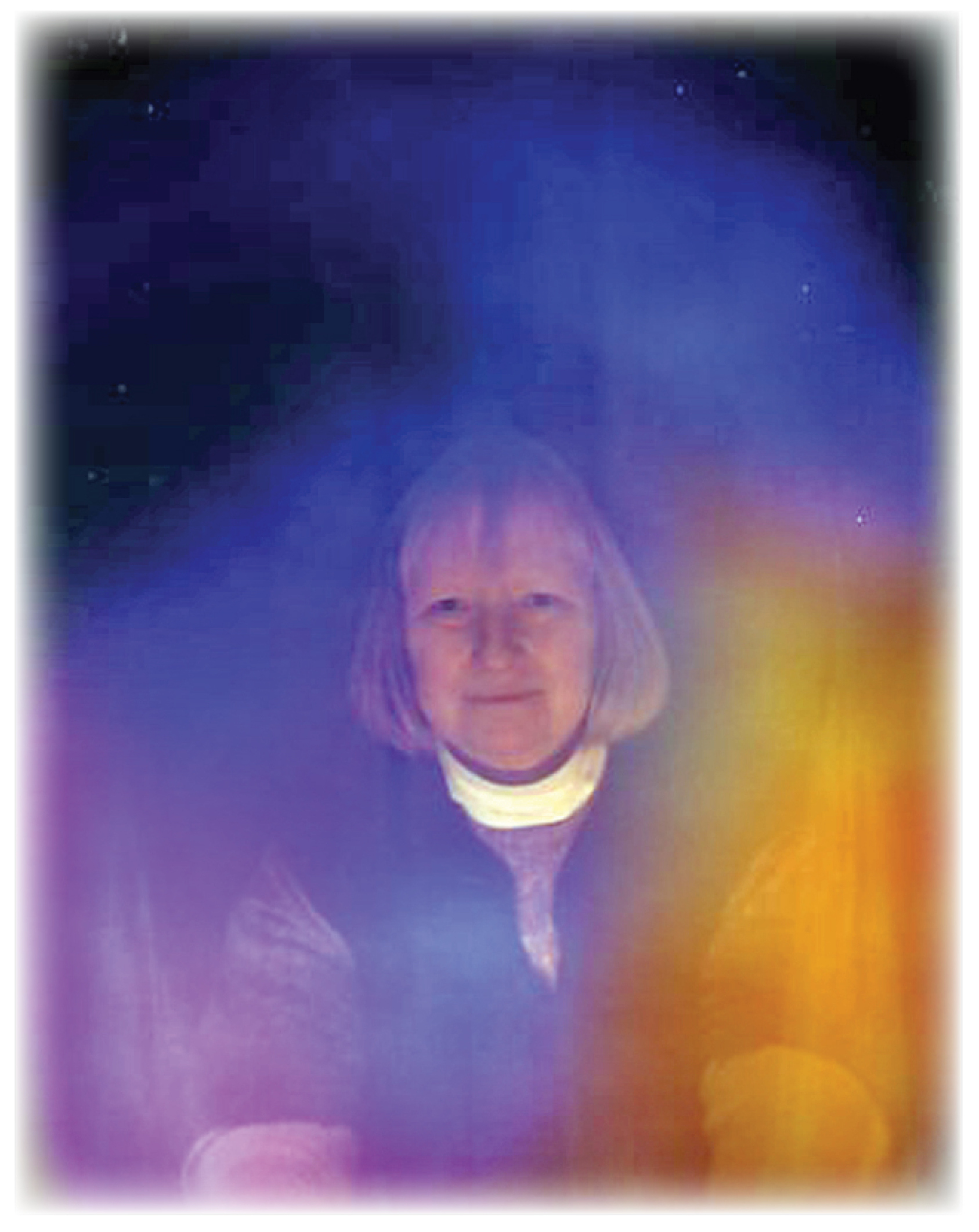 We are afraid of losing what we have, whether it’s our life or our possessions
and property. But this fear evaporates when we understand that our life stories
and the history of the world were written by the same hand.  ~ Paulo Coelho

It was another of those times when A Mysterious Force was present in my life. I’ve been thinking about the pattern of those times. What I see is that it’s a place of unexpected change often attended by great discomfort. I most likely just wouldn’t go there ‘on my own.’  And, when I’m there, I can easily forget that it is a nudge. And that it is preparing my spirit and will for what’s emerging.

I was having a wonderful time with a consulting project of my dreams. I was working as a coach for most of the leadership within the R&D division of a large corporation. I knew a merger, that felt more like an acquisition, was coming. However, I didn’t account for how it would affect me. Once it was official, there was one too many R&D HR directors. The one I worked for left the company. Within a day or so after his leaving, the other HR director told me I was finished as of that moment.

I’d been so busy with them that I hadn’t kept developing other consulting projects. So I got scared. And I also got some very wise counsel: stay open, keep creating, and pay attention to detail and nuance so as not to miss potential opportunities that I might not notice otherwise.

A few weeks later I received an invitation to an all-day Saturday workshop called Conscious Creation 101. It was being facilitated by a remarkable woman I knew. A couple of months earlier I had listened to her audio tape by the same title. She laid out six steps. I was especially moved by the first three: 1) allow your life, 2) accept your gifts, and 3) be willing to receive more. I remember wondering: What might ‘allowing my life’ even look like? I signed up for the workshop – even though I preferred to be with Michael, age 10, on weekends. I assumed we would further explore what was on her audio tape. I was mistaken. The entire day was spent with crystals, geometry, and building energy grids. Mostly, we didn’t talk at all except during breaks.

I left feeling disappointed and not understanding much about what we had done. It seemed a waste. But, in the spirit of staying open, creating, and attending to detail and nuance, I decided to follow through by building a healing tabletop grid for our home.

I searched for a clear central crystal in every new age shop in town. Nothing called to me at the time. Then I remembered a side conversation I overheard during a break in the workshop. One person was explaining to another that it was possible to create wearable healing grids where we serve as the central crystal. So, off I went on my first trip to a bead shop. And I designed my first necklace ever as a healing grid.

I asked the woman attending the shop if I needed to take off my new necklace. She said it wasn’t necessary; that it wouldn’t make any difference. So, when we looked at the first photo, we were both in awe. So much so that I decided to immediately have another photo taken without the necklace. You can see the difference.

She asked to see the necklace. As she looked at it, I told her its purpose. She said that it was really beautiful. “You ought to write its story. In fact, I think it would be great if you made more necklaces, wrote their stories, and sold them so other people are able to receive their healing benefits as well.”

That moment in the shop was pivotal. Because of the photos and the exchange with her, I embarked on an entirely new journey. Without the loss of the consulting contract it wouldn’t have happened. I would not have gone to a Saturday workshop. Even if I did, I would not have had time to search for a crystal, visit a bead shop, or make myself a necklace. I named my necklace Healingently.

What resulted over the next few years was  more than 100 designs and their variations. Here, in brief, are the collections, together called A Kaleidoscope of Healing Stones:

StoneCircles (Earth / receptive light) are celebrations of nourishment, support, and beauty generously bestowed by Mother Earth. When we wear StoneCircles designs, we each become a ‘bead’ that forms necklace surrounding Mother Earth.

Celestial Rays (Sun / radiant light) are 55 – 65” lariats uniquely designed as radiant waves of energy with repeating ordered and random patterns. They surround the earth from pole to pole, shedding their light on the whole planet every twenty-four hours.

Music of the Spheres (Planets / receptive light) is an ancient concept describing movements of celestial bodies – the Moon and Planets – as forms of music.

Infinite BlessSings (Stars / radiant light) are geometrically designed to assist us in opening to the possibility of what we may not currently perceive.

BTW, when you visit the StoneCircles on the website, the first necklace you’ll see is named Allow The Waters in honor of 1) allow your life. 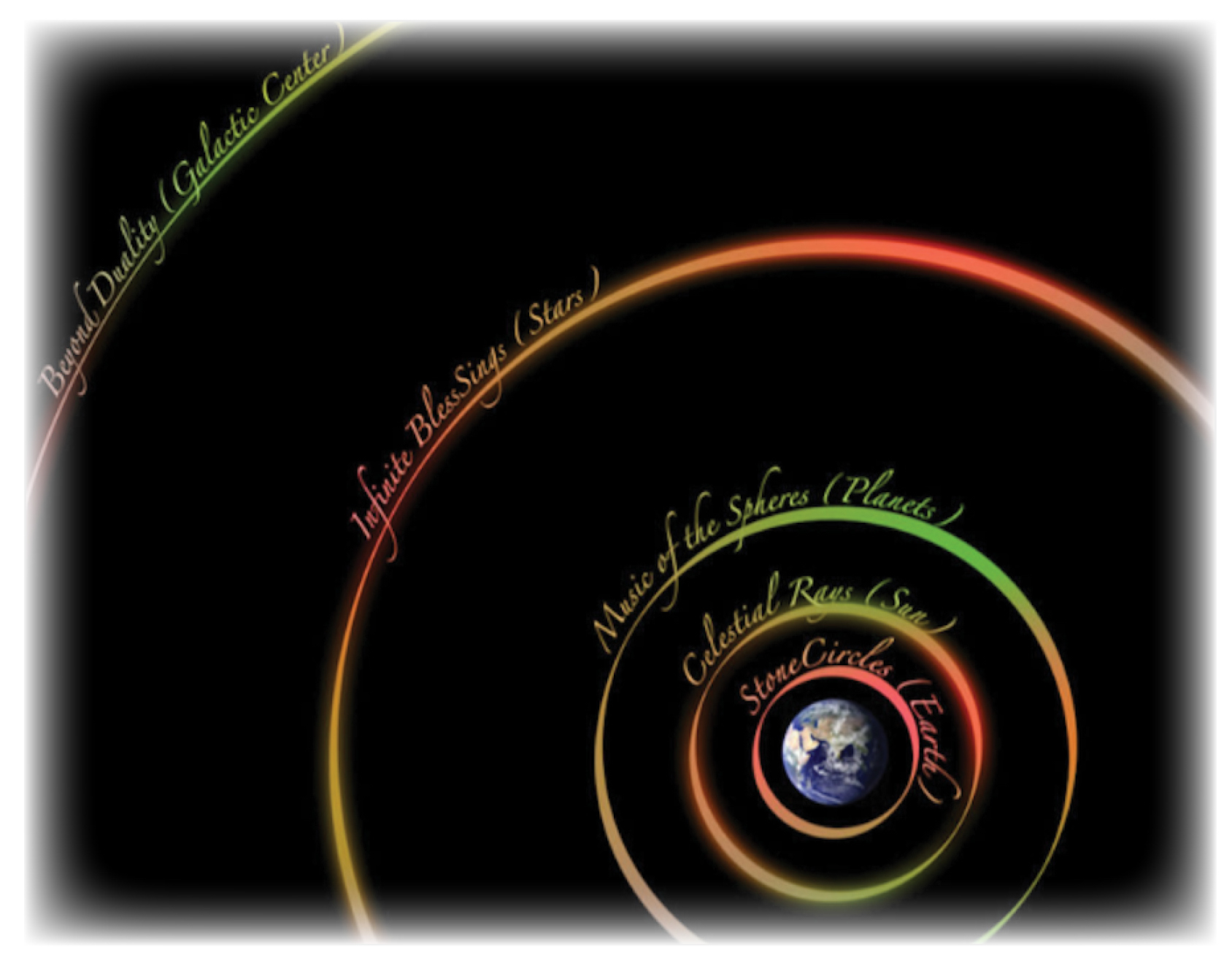