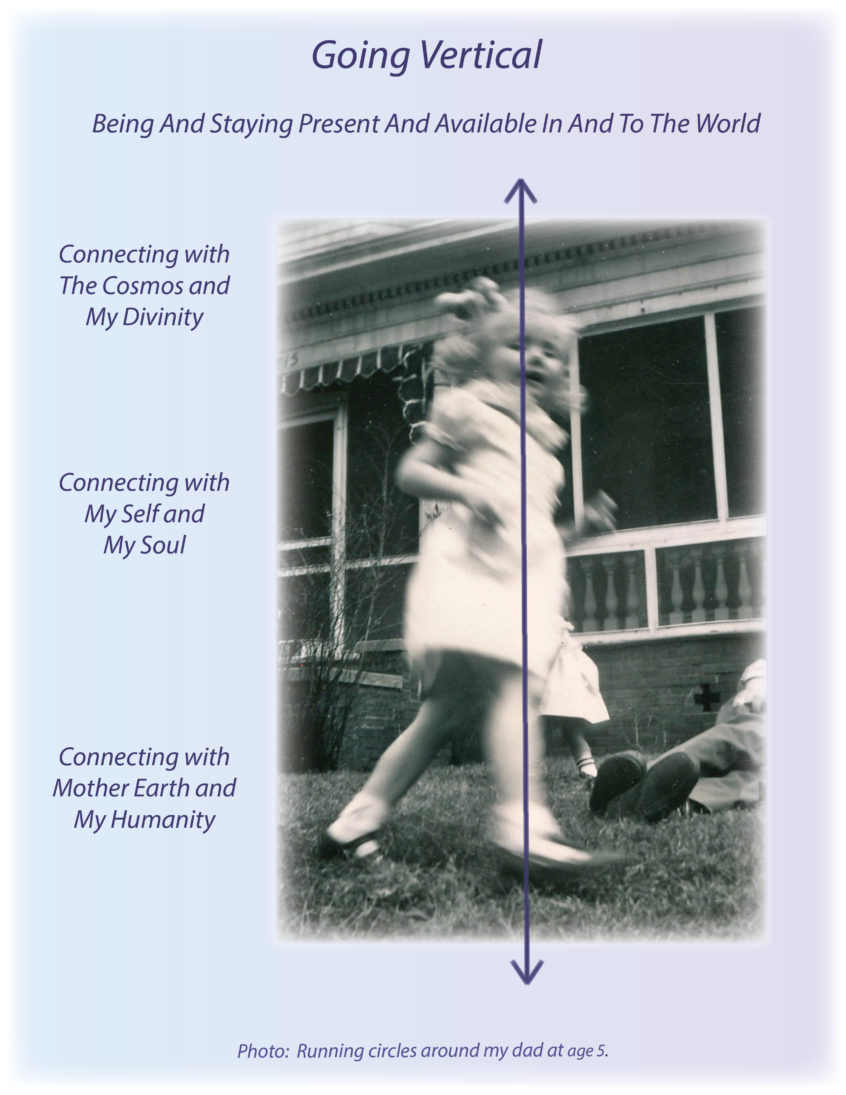 I sense the coming days, months and years will challenge all of us in ways we can’t even imagine in this
present moment. What I am sure of is that I have no idea of “how” we will move through what is coming,
just that I am dedicated to doing it together with as much skill, grace, peace and love as possible. It actually
could be a wonderful coming together of a new worldwide community of humans.  ~ Pele Rouge

You can’t stop the waves, but you can learn to surf….We must be willing to encounter darkness and despair…without
running away or numbing ourselves in the thousands of ways we conjure up to avoid the unavoidable.  ~ Jon Kabat Zinn

It is under the greatest adversity that there exists the greatest potential for doing good.  ~ The Dalai Lama

As we all know, there are things in our control and things not in our control. No matter what the external circumstances over which we often have little or no control, it is the state of our internal music, miracles, and mystery that carries us through and will continue to carry us through.

Below are headlines of what I’ve learned during the week of July 22 – July 29, 2019. This is but a fraction of what came across my news feeds this last week. Any one of them is cause for pause and together they are overwhelming. Most of the references are for the US. That’s because it appears that we are imploding!

While I cannot vouch first hand for the accuracy of these events, my profound awareness is that, accurate or not, THIS is what is informing and influencing our mass consciousness at this time.

Republican senators did not question Mueller about the report. Rather, they attacked him.
Trump tweeted that he was exonerated while the report and Mueller say that’s not necessarily so.
Trump’s rallies have section leaders to lead the chants. Pence’s nephew is one of them.
Republican lawmakers have introduced bills to curb protesting in at least 18 states.
Russian interference in the 2016 election in almost every US state is confirmed.
Within ten minutes, an 11-year-old girl changed election results on a replica FL website.
The Supreme Court gave the green light for the Pentagon to fund the border wall.
Trump gave the pen to the CEO of Dow Chemical after signing an order to eliminate regulations.
The Trump administration removed many climate change references from government websites.
The Trump administration quietly made it legal to bring elephant parts into the US as trophies.
The KKK official newspaper backs Trump for president.
In what has become a common occurrence, there’s yet another mass shooting at the Gilroy Garlic Festival.
Great Britain elects controversial conservative, Boris Johnson, as its Prime Minister.
The temperature broke records. It was 109ºF in Paris; in the Siberian Arctic it was 84ºF.
Amazon deforestation, 3 football fields per minute, is accelerating to an unrecoverable tipping point.
A reputable new Australian study says there’s a ‘high likelihood human civilisation is coming to an end’ by 2050.

The situation seems to become more alarming and distressing as the days and months pass. What, until now, has been seen as the bedrock of our system and one way we could count on having our voices heard, has been to vote. And, in my ‘travels’ it’s also been the most prominent call to action. Now even that is not necessarily a secure or reliable response! Putting our heads in the sand and moving about our daily lives is also not a reliable response for a different reason. If we do that today, we’ll still be required to face into the global crises at some  point. Best to see clearly now and build resilience while we can.

No matter what, questions like these remain: What to do? How to cope? How to counter? What is right action? How do I want to show up? How will I show up?

The pull of the world and its woes can be challenging to resist especially for those of us who have cultivated a deeper sensitivity. As a result, we more easily receive both the good and the not so good. At times the pull seems bigger and stronger than we are. And it is. Thus, we can get caught in mass consciousness. I call it ‘going horizontal’. As an alternative to retreating to a mountaintop somewhere, deliberately ‘going vertical’ is one means of being able to be in the world but not of the world. Going vertical brings in the bigger picture and the long view. It is a reminder of who we really are and, thus, shifts our focus and calms our anxiety. By going vertical we can be centered enough to breathe through current circumstances and, thus, be better able to serve others with kindness by accessing and offering our unique gifts and talents. This alone lifts the vibration of the world. 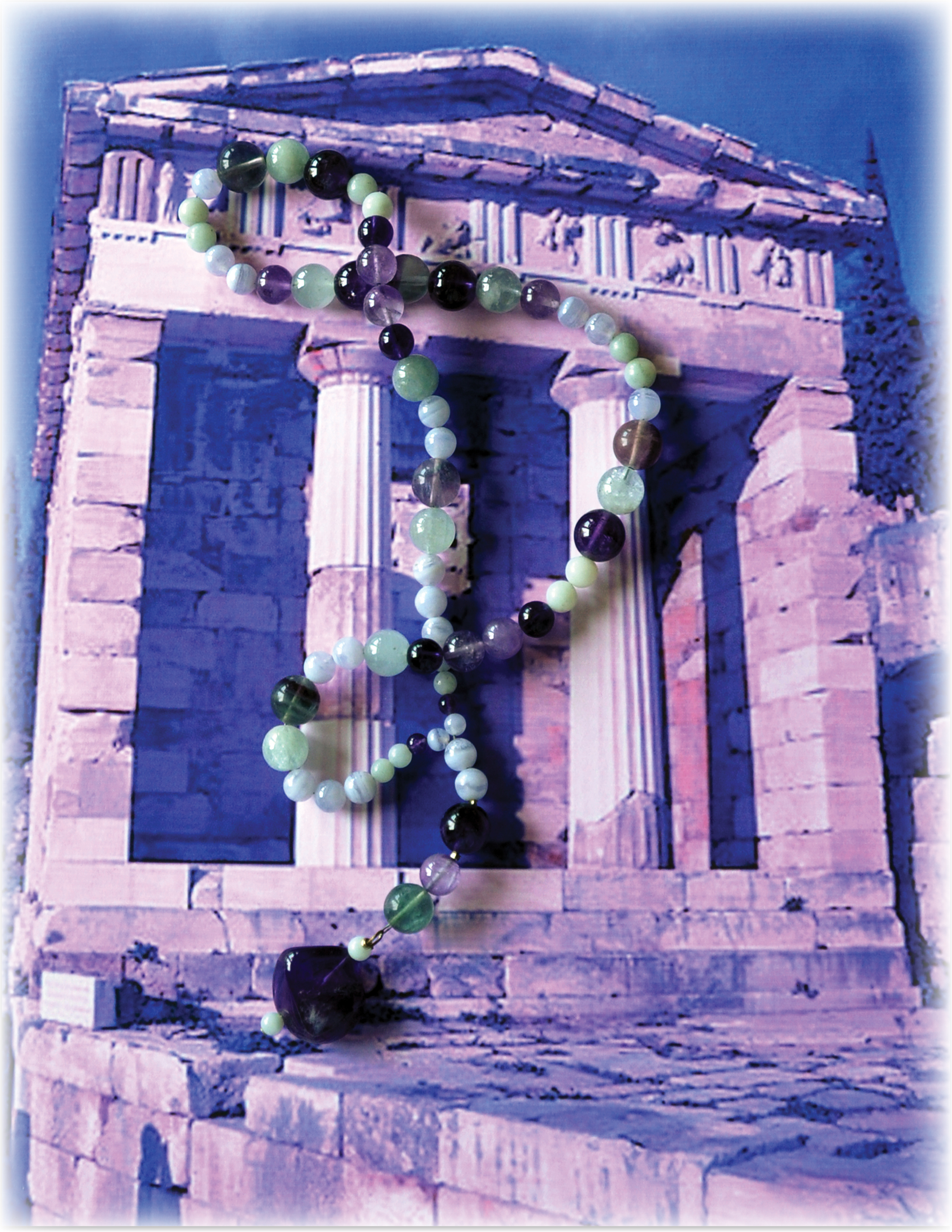 There are many ways to go vertical and I know that many among you have regular centering practices. Some of you have been my teachers. I bow and thank you! And there are some among us (I include myself here) who have practices but need a nudge now and then to remember to use them. It is an understatement to say that now is a very good time to do so. Once we return to vertical, it becomes much easier and more likely that we will individually and collectively be able to discern the when, where, how, and why of useful actions in the world. Next week I will tell a story and offer one practice that has worked well for me.

This set of prayer beads, one of the 44 StoneCircles, is named A Safe Harbor. It sits with the Oracle at Delphi, a sanctuary for people asking for help in their quests. This set of prayer beads is designed to support you in in learning more about self-renewal at any time but especially when you may still feel you are at sea.  It repeats a silent restorative mantra of “All is well.” It emerged in 2002.