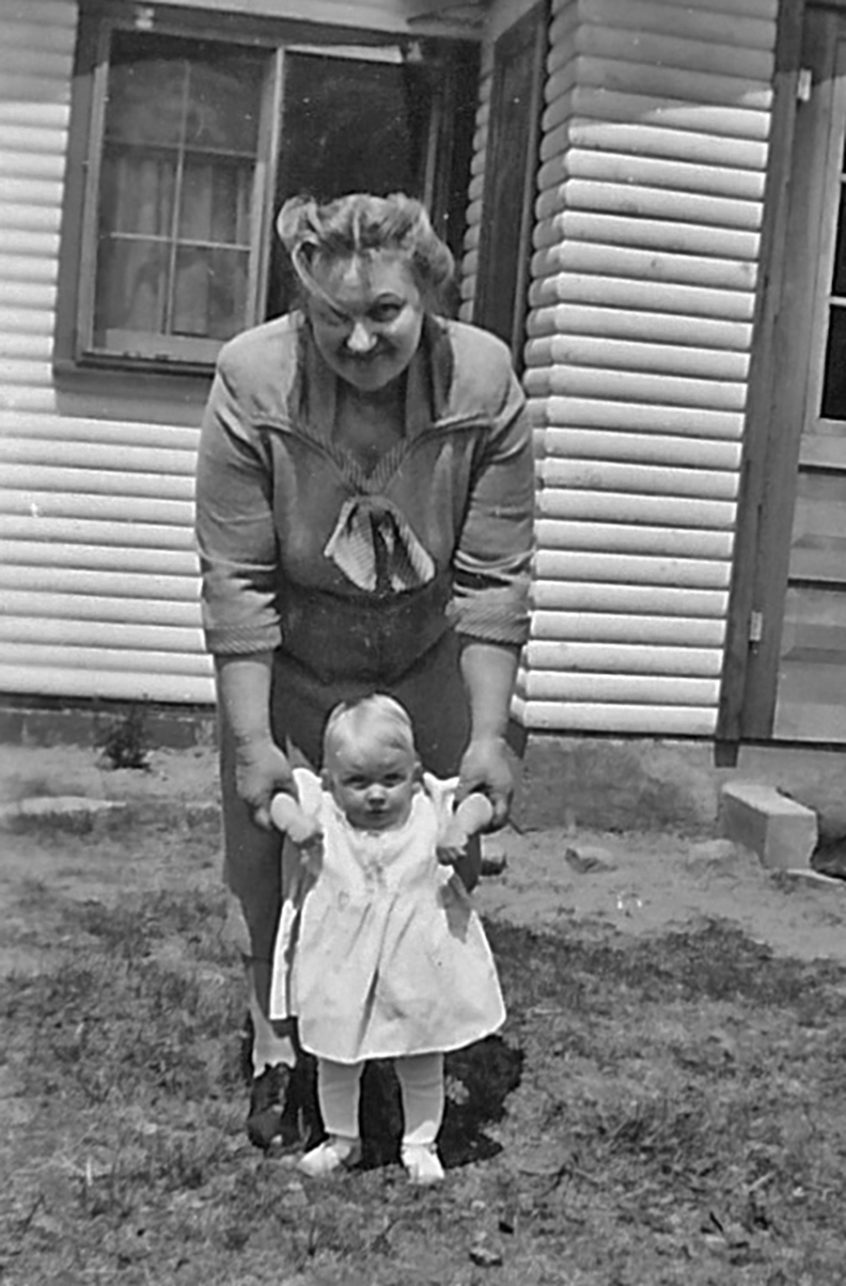 With no vaccine to protect against influenza infection and no antibiotics to treat
secondary bacterial infections….control efforts worldwide were limited to
non-pharmaceutical interventions such as isolation, quarantine,
good personal hygiene, use of disinfectants, and limitations
of public gatherings, which were applied unevenly.
~ The History of 1918 Flu Pandemic, CDC website

My grandmother and I had always been close from the time I was an infant. And we grew closer when, as I was entering 6th grade, my parents bought a house with 20 acres of forest and part of a lake about 1/4 mile from my grandparents’ farm.

Especially in the summer, when I wasn’t roaming the forest or sitting by the fresh water spring that fed into the lake as I wrote secrets in my pink diary that had a key, I’d probably be at Grandma’s house. She asked me if I would wash her hair once a week. So that’s what I did. I would wash and set it with bobby pins on one day and then comb it out on the next day. During these quiet, gentle times, she shared a lot of her history with me. Here’s one story.

My grandma, Antonia Drashler, grew up in what is now Maribor, Slovenia. During her childhood Maribor was part of the Austro-Hungarian Empire. Her older brother, Jack, emigrated to the United States around 1910 and settled in northern Minnesota where he worked in the iron mines.

The family had a plan: Jack would send money ‘home’ and when there was enough saved, the family would buy passage on a ship for one family member. The idea was that, one by one, they all would emigrate to the US. Grandma was first. Knowing no one and being 16 at the time, she embarked from the port of Rejika on the Adriatic Sea in 1914. She spent months at sea and entered the US via Ellis Island. I don’t remember asking her how she navigated the almost 1500 miles from there to Aurora, Minnesota, but I do remember thinking how the whole journey was arduous indeed.

She married my father’s father, Peter Shipka, who, like Jack, was also a miner and also from near where she grew up. They moved to Calumet, a mining town about 60 miles from where Jack lived. Mud streets, shanties, surrounded by wilderness, no school teacher yet. No one spoke English. Rather, they spoke Serbo-Croation, Finnish, and Italian. And, since they didn’t have a common language, tensions developed between the different ethnicities.

By the time she was 20, Grandma and Grandpa Shipka had three children ages 3, 2, and 1.  Life was hard enough already. Then they both got the Spanish Flu. Grandpa Shipka died. Grandma was ill and left with these three little babies. Another miner, an unmarried friend of Grandpa Shipka’s, stepped in to help. She told me how this caused a lot of talk in town. So before very long, Grandma and Dan Sovil from Serbia were married. Eventually they would have seven more children. Somewhere in there they bought the farm I knew, the farm where I was setting Grandma’s hair as she told me this story.

Grandma’s family’s plan for emigrating to the US was interrupted by WWI which broke out while she was at sea. Other than her brother Jack, she never saw any of the rest of her family ever again. I remember the day she received a letter from her brother, Shrechko, letting her know that her mother had died. Many, many weeks earlier. Letters took time. I sat with her in her large country kitchen as she quietly wept.

Here are a few things I’m thinking about as I write this story:

1. In more than 100 years, nothing has changed in terms of how we are being told to protect ourselves and each other from a contagious pandemic.  I find that to be rather amazing! Really? I mean airplanes, computers, refrigerators, and on and on have been invented over the last 100 years. But apparently nothing new has been developed related to self-care from a novel and dangerous disease. Think about it. Profound. (And, BTW, why is there so little or no attention being given to building immunity?)

2. I am noticing how we confuse individualism and freedom. How is it possible that wearing masks (whether effective or not) has become such a charged political issue? Stunning and revealing.

3. I also notice how impatient we are and how we seek – even demand – instant gratification. It seems very uncomfortable for us, both individually and collectively, to slow down and pause. Perhaps it’s because of the speed (airplanes, cars, technology, etc.) to which we have become accustomed – if not addicted.

4. I think about Grandma’s courage and how different things were for me when I crossed the ocean for the first time. She was 16, spent months at sea, traveled alone, had only a one-way ticket. No safety net. I was 20, spent just a few hours on an airplane, traveled with people I knew, and had a round trip ticket. In those days, I couldn’t get my own credit card because women were not allowed to apply until 1974 so Dad got me a card on his Amex account. It was tucked away to be used only for an emergency. Big safety net.

5. This story is about one family’s experience with The Spanish Flu but it’s also about more than that. It’s about immigration, resilience, facing the unknown, overcoming obstacles, forging a path, and staying the course. It’s about the connection between past and future generations. Note that after all she endured over the years, Grandma is smiling as she helps me, the first of her many grandchildren, learn to walk.

The 1918 influenza pandemic was the most severe pandemic in recent history.
It is estimated that about 500 million people or one-third of the world’s
population [of 1.5 billion people] became infected with this virus.
The number of deaths was estimated to be at least 50 million worldwide.
~ The History of 1918 Flu Pandemic, CDC website

Photo of Grandma and me
Grand Rapids, MN