Elders
When in their presence,
I sit. Quiet. Listening.
They speak. A blessing.
~ Barbara Shipka

“What are the qualities most needed in this epoch of the Anthropocene? One of the qualities we might seek to cultivate is our capacity to listen. Sue Beatty, a lead biologist at Yosemite National Park, now retired, offers an example. We met in 2016 inside the Mariposa Grove, where she told me this story:

“To remember why she does her job, two or three times a week, Sue would walk through the Mariposa Grove, where the Giant Sequoias are known to be between two thousand and three thousand years old. She would imagine what they have lived through and witnessed. But one day, when she was walking through, her normal pattern of thought was disrupted…. [T]he Big Trees [were] speaking to her: ‘We are suffering. We are dying. Can you hear us?’

“What she saw in the grove were roots trampled and soil erosion in the extreme. She looked up and saw how the Giant Sequoias were continuing to grow larger in spite of the road being only a foot away. People were parking their cars on the roots of the big trees. She noticed how the surface water was being diverted through roadside ditches away from the trees. And she wondered what actions she and her team could take to help alleviate their suffering….

“What was wrong?….The Big Trees were suffocating; they could not breathe….

“What did Sue and her team recommend? Removing all the pavement in the grove so that the fragile root systems could heal; restoring some semblance of stillness to the chaos of park visitation. Roads would be realigned. A different vision would be sought. The Mariposa Grove would no longer be a place of entertainment and recreation, but a place of reverence and restoration. No more trams, no more vans, no more cars but rather seekers who could hold the quiet with the sequoias….

“And for three years, the big trees rested: The trams stopped; the parking lot was removed and relocated two miles away; visitors were redirected to other places in the park; and miles of asphalt were removed, roads taken out that impinged on the trees’ root systems and replaced with gentle walking paths and trails designed for the ecological well-being of the trees; wetlands and waterways were restored; all commercial activities, from the gift shop to tram rides, ceased and were relocated elsewhere in the park….

“The Giant Sequoias were not objects to be studied, but sentient beings recognized as venerable members of the Yosemite community….

“In the summer of 2018, the public was invited back to pay their respects to the Ancient Ones. Peace and stillness have been restored. Now, when you walk into the Mariposa Grove and stand before these great beings, you are met with an invitation: Can you hear the trees speaking?

When Sue and her team made their recommendations for major changes to the superintendent and management team of Yosemite National Park, they listened! Then, together, they needed to get the approval of the National Park Service. Imagine! This beautiful restoration could have been stopped anywhere along the way but, instead, it was approved. Then forty million dollars was raised, much from private citizens, to make it happen.

From the first time I walked in a coastal redwood forest, I discovered I have a special affinity for these majestic beings. Though not via sound, I hear them speaking. Initially, I found it difficult to grasp that I really was hearing them but as I allowed their ‘voices’ in, I learned much about what it’s like to be 3000 years old, how many fires they have survived, their reverence for all life, their sense of community, and their hospitality. I wrote the haiku that opens this email after one such trip.

A most memorable visit was a day in the Mariposa Grove of mountain redwoods – the Giant Sequoias. It was winter. There was snow but it wasn’t very deep. No other people. I could see the tracks of the tourist tram that operated in the summer. As I trudged through the snow I greeted and was greeted by these ancient beings. My destination was Grizzly Giant, the oldest and one of the biggest trees in the park. I will never forget that day. I silently spent it among some of the oldest living beings on earth. As I stood with Grizzly Giant, I looked down. There I saw a twig with a pine cone attached. Did you know that these largest and tallest living beings on earth have pine cones that are about the size of your thumbnail? 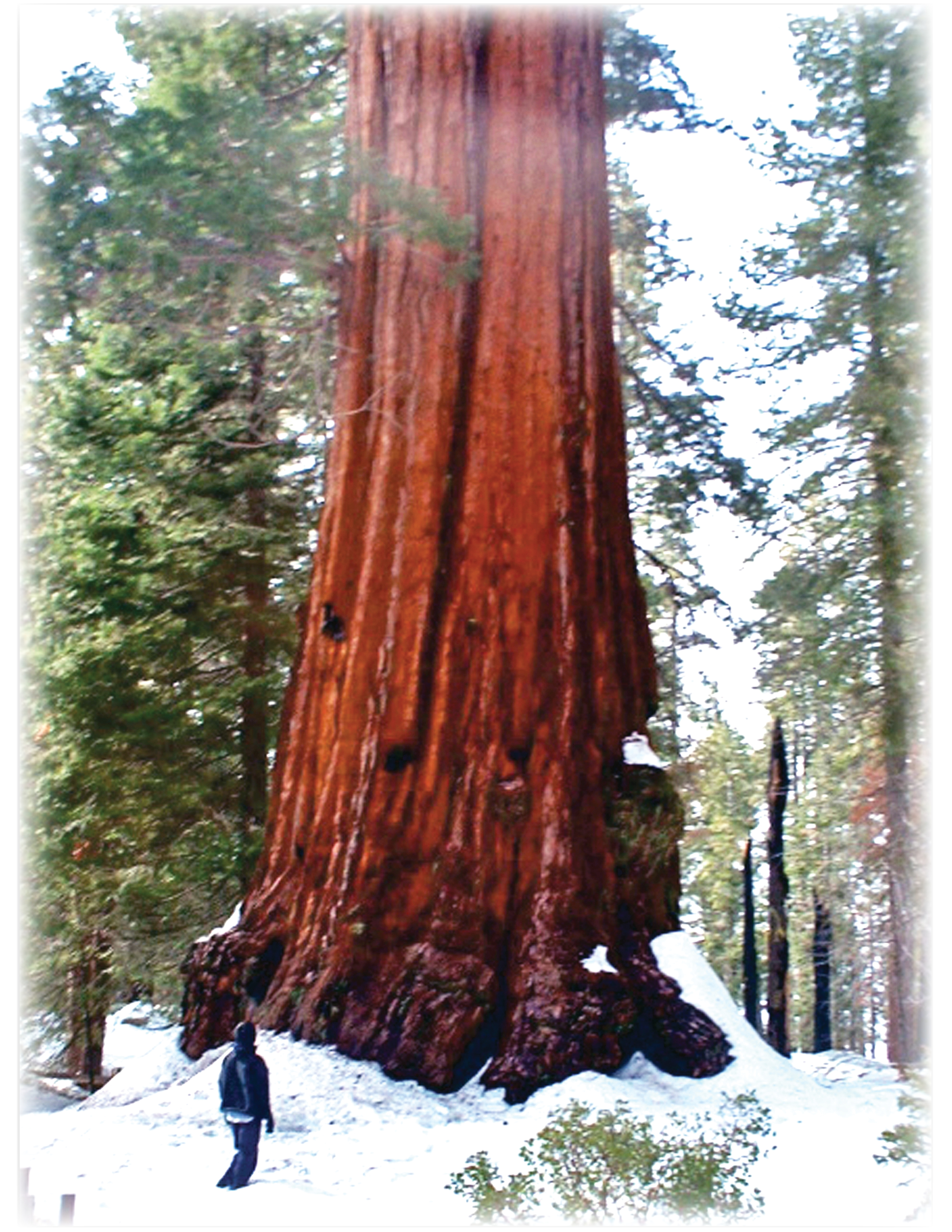